If you haven’t noticed, I’m a creature of habit.  We eat the same thing all week for dinner, if it’s good I’ll suggest that we have it again the next week.  I’ll eat the same things for lunch too.  It doesn’t bother me. Most people don’t like leftovers, but I love for them.  I guess there’s a little comfort in knowing what I’m getting.  What’s the point on wasting calories on something you don’t like?  I DO understand there is something a little bit wrong with that, but my weekends are for experimenting…not my weekdays.

Yesterday I strayed from the plan because I just feel like I needed something new.  I’ve seen these meals a lot at the grocery store (and I fear no one is buying them) and I thought I would give it try.  The real reason I decided to give it a try:  there was a dollar off coupon.  The meals run around $5-$6 which isn’t bad but I didn’t want to take the chance, but I did yesterday. 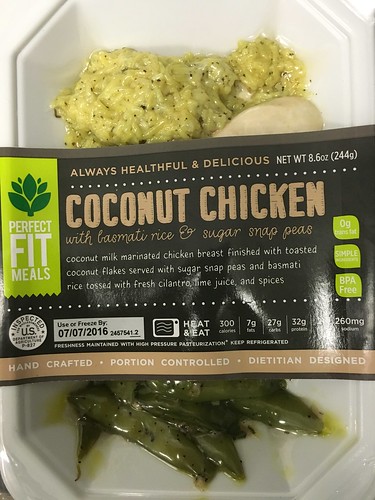 I had the coconut chicken and I LOVED IT! It was a great meal and the calories and macros were just right for me. It’s all about portion control and this was just the right amount. Sometimes when you get the portion control meals you open up the package and there’s barely anything in there. I was pleasantly surprised; I really wanted to go back to get another one for dinner. It’s a nice alternative to a “fresh” meal. We have no problem getting the frozen meals to eat but if these were around the same price as those I would probably go for these instead. 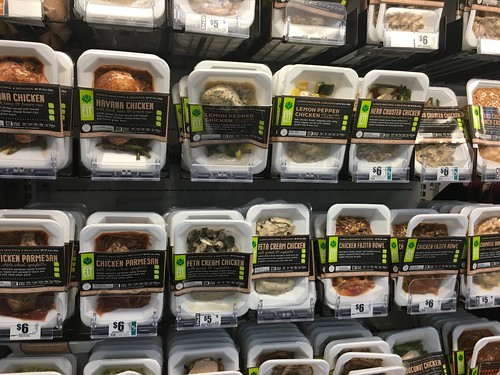 There are many different varieties of the meals to choose from and when I went back last night, it was kind of overwhelming for me to pick another one. Right now I’m on a chicken kick some I picked up lemon pepper chicken and chicken parmesan. If you have an HEB is your hood (only my Texas friends) check these meals out and tell me what you think. 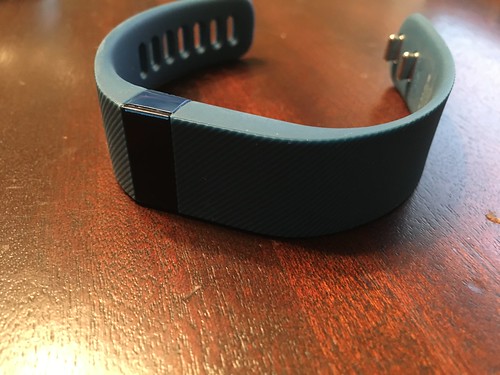 On another note, my Fitbit Charge has bit the dust. I got the Fitbit around New Years and now the screen isn’t displaying anything. It still is tracking but the screen doesn’t work. I had to contact customer service again and they are sending me a new one. I’m getting an Alta because they don’t have any charge fitbits in stock. Am I Fitbit killer? I don’t get it. Every Fitbit I’ve purchased I have had to send back. I purchased a Fitbit Blaze a few weeks ago, does that mean it’s going to quit on me too? I sure hope not! Any of my Fitbit using readers, do you have this many problems with your Fitbit?

What have you been eating for lunch this week? Maybe you can give me some new ideas.