I said it.  I’m not thrilled to be training for the Chicago Marathon right now.  (Don’t forget I’m trying to raise $$ for Team Healthy Kids.  Do you think you can help me out?) It’s hot and humid and that equals struggle.  Because of the weather, I feel confined and stuck to having to run at a certain time. 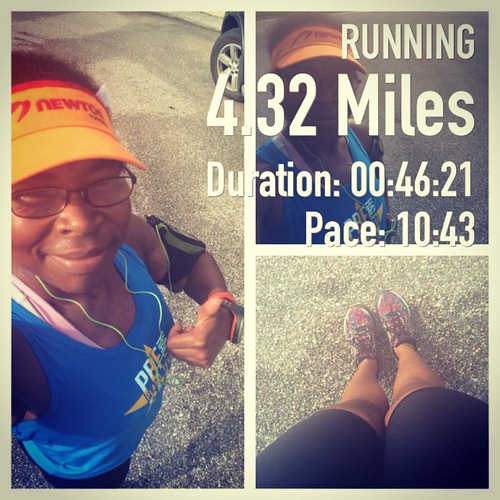 I crapped out of my long run last Friday because I just wasn’t feeling it.  I attempted a treadmill run.  I did manage to get 4 miles in on Saturday and probably could have done more if I woke up earlier…but I was up LATE the night before.  It was nice to run outside.

It can get down right dangerous running in the heat and so you have to take the precautions to make sure everything goes well.  That usually means getting up early in the morning or running later in the evening.  It’s just really hard to get that running to fit into my schedule where it’s not a pain.  And as you all know, I’m not running if it’s not fun/enjoyable. 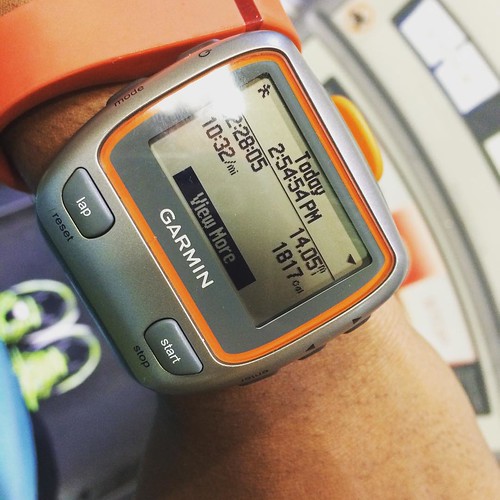 I’m an early riser yes but I have other commitments for my early rising. Therefore, the early rising means I need to get to sleep early which makes running later in the evening harder.  It feel like I’m stuck in a vicious summer running cycle that I won’t be able to get out of.  I need to find a solution for the problem because right now…it’s falling to the gutter.

Also, getting up early to run in the wee hours of the morning just doesn’t seem safe to me anymore.  I usually have to do those runs alone and it kind of creeps me out now.  I did it before but now that I look back on it, I was very lucky nothing ever happened to me.  I want to enjoy my run and be safe.

It’s been really rough lately.  That is all I can say.  I am a goal oriented person and I really feel like because I haven’t been working toward something like a race, it’s been hard for me to get into it.  I’ve basically been off the running circuit since May 31st because I thought I needed to break.  I was going to spend the summer doing other things.  But I’ve found myself bored.  Plus, I like the race experience because it’s controlled and people provide me water a long the way.  That’s one less thing I have to worry about. 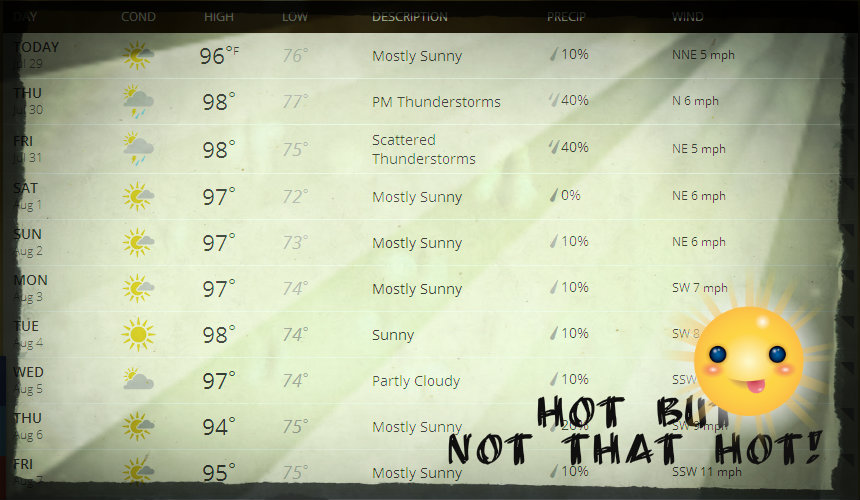 I miss the cooler temps, even 80 degrees would do me well, so I could just get out there an run…whenever I want to.  The sad thing is: it’s only going to be 96 degrees today.  That’s not even our normal Texas summer weather.  Having to wait and plan and not do my run directly after work, kind of sucks.  It’s got me down and out.  I need to find some resolution.

Does the summer mess up your workouts?