The Rock n Roll Las Vegas half marathon is one of the best races I’ve ever run. I don’t want to bury the lead. It may not have been my fastest race but I had the best time running down the Las Vegas strip.

Remembering the lives that were lost in the tragic events in Las Vegas was the theme of the weekend. This was really a moving experience for me. I was hesitant about coming to the race but ultimately decided I should run. 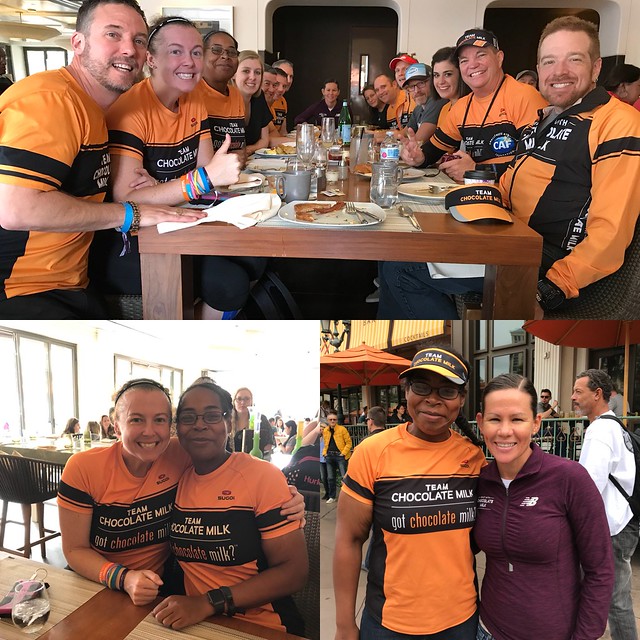 Half marathon day started off with a Team Chocolate Milk meet up at Hexx Kitchen. Head teammate Miranda Carfrae just had a baby and ran her first race post-baby at the 5k! We all had an opportunity to meet her and visit with each other. It was a great company and delicious food. 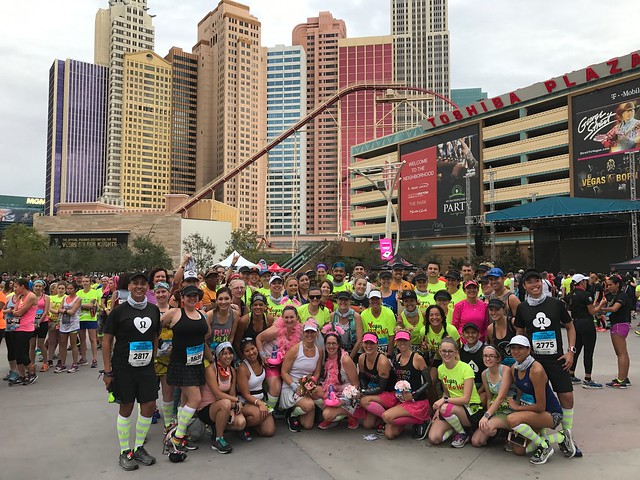 Before the race there was a We Run Social meet-up and then it was off to the corrals. This race was massive with three groups for corrals. I was in the blue group which went first. The race started at New York New York!

As a tribute to the lives lost there was no music played on course the first few miles. We ran to the end of the strip for s turn around and there was a string quartet playing there. I stopped to listen because it was so beautiful!

My goal was the enjoy this race because races like this don’t happen often. How cool is it to run down the Vegas strip? It was very awesome. We ran from one end to the other and through downtown Vegas. 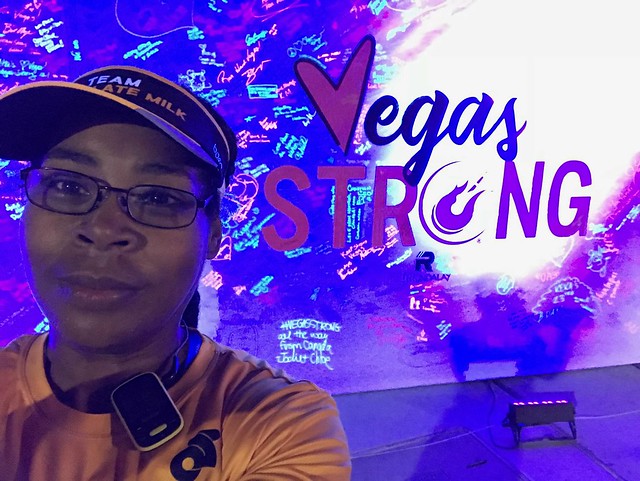 There was a tribute wall that everyone had a chance to sign at the expo that lit up under black light around mile 2 of the race. 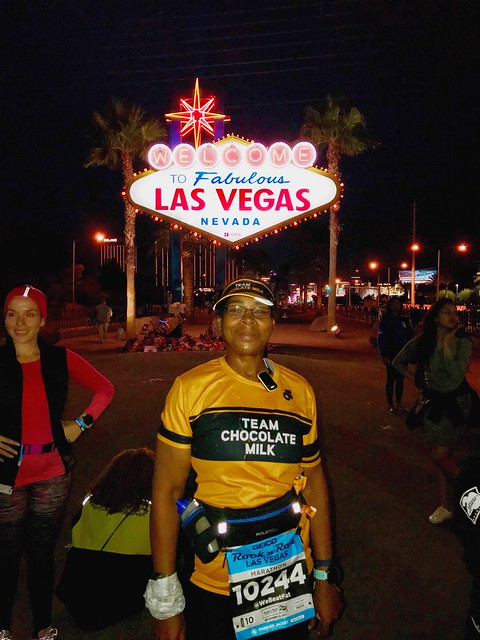 And then there was the Las Vegas sign. I lost a lot of time here trying to get a good picture.

I have to admit I was tired during this race. It started at 4:30 pm which was 6:30 pm my normal time. I was busy all day and didn’t get a chance to settle down. I was trying to be conscious of my hip flexor and knee issues. I ran intervals as long as I could until about mile 9. It was breezy but the weather was good so, at that point, I ran what I could and walked what I had too.

Everything was so lit up and fun! There was always something to look at and the hotels had their signs lit up for the runners!

The race is flat and mostly a straight away. Not a lot of turns until you enter downtown Las Vegas but it’s nothing major. The crowd support is great and everyone is in a good mood…because it’s Vegas, right? 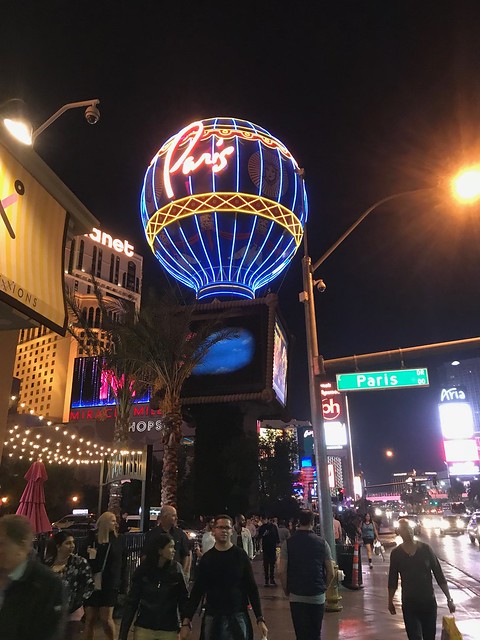 This is by far the best Rock n Roll series race I’ve ever run. It was worth the trip. Thirty thousand plus people were running this race so it’s not light on participants so maybe this isn’t a race you go out to PR. But maybe you should, because I heard a lot of people had their best times during this race. I didn’t spend a lot of time dodging people so it was a steady flow.

I finished the race in 3:18:47. Not really what I was going for but I had a good time and I finished! Right now it’s just my goal the successful start and finish these races to build my running confidence. 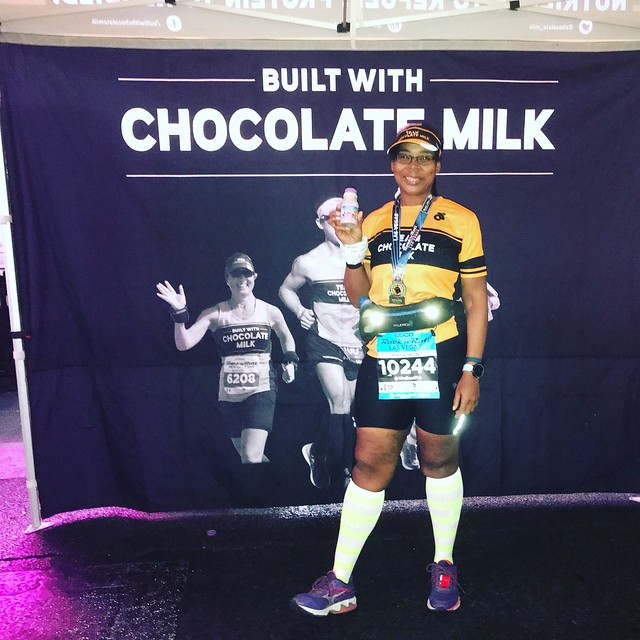 I couldn’t wait for my low-fat chocolate milk at the end. Recovery is overlooked! It’s important to stretch and refuel the body so that you can get moving again after long workouts! As an endurance athlete, it’s important for me to take care of my body so I keep running at this level so I can go back to marathons.  Who knows? Next year I could be running the full in Las Vegas because I took care of my body before and after!