I was provided a free bib to the Tyler Rose Marathon in exchange for a race review.

On Sunday, I ran the Tyler Rose Marathon!  Last year I ran the half marathon and I kind of enjoyed it.  The course was really hilly and I remember thinking, “I would never run a marathon out here.” Fast forward to this year, I ran the marathon. Tyler is about 3.5 hours from home and a great excuse to hang out with some great people! 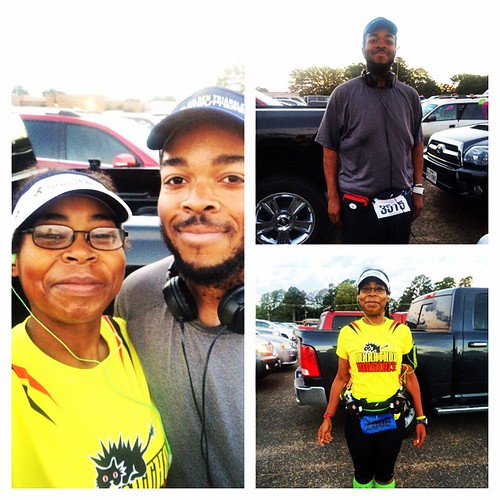 There’s a method to my madness though.  I was supposed to run 20-22 miles for the Marine Corp Marathon training anyway.  I thought it would be good to do it while it was supported with people, water and snacks.  Plus, I knew I could sag out after I reached my mileage and still get a medal.  I wasn’t really sure if I was going to run the full marathon or not, but I knew I was going to get my miles.

Willie ran the half marathon.  I tried to give him tips about the course beforehand, but we all know no one listens to that stuff.  He had to learn for himself.

The race went better than expected.  I ran with the 4:40 pacer the first half but the hills kept getting steeper and I couldn’t keep up like that.  Plus, I have to stop at water stations and pacers typically don’t do that.  I wasn’t going to stress myself out trying to stay with the pacer after that point.  And honestly, I really didn’t want to run the first half of the course by myself.  The second half of the course intersected with the half marathon course so I knew I would at least see people there.

Here’s what I liked about the race: 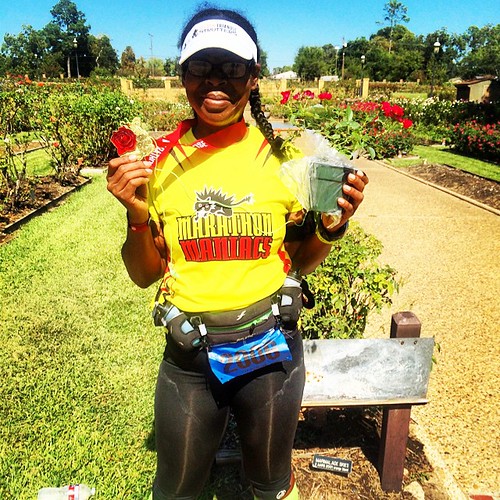 My official time was 5:15:18 which wasn’t bad for me considering it was really hilly. Take a look at my tights my friends. That is all the salt I was sweating out of my body. I didn’t realize it was that bad until looking at the picture. Willie told me it was all over my face but my legs. I’m going to have to find something to help me out with this problem.

I really enjoyed the race because of the people.  I was running with a group of people who had all lost weight 100+ pounds.  We shared our stories with each other and just had a really great time.  Everyone has a story that got them running, some of the scary some of them not, but we all go out there to run.  When you start running, you start talking and you discover a whole new side to people.  It’s truly an amazing thing!

This was a good race.  I really didn’t have any major complaints about it besides the medal.  I had a really good time and would run the race again.  I ended up giving my rose bush away because I would kill the thing.  I’m not a gardener!  Even if I was, I would be afraid my dogs would ruin the rose bush.

Do you have a green thumb?