It’s question and answer time and this week I decided to answer a running question since I’m becoming a crazy runner with all these back to back races.  I’ll be heading out of town for Rock n Roll Denver and I will be running with Got Chocolate Milk Team Refuel.  But the question is: how did you get into running?

I started running because walking just wasn’t cutting it for me anymore. I’ve said it many times before but when we first started going to the gym we walked on the treadmill for 30 mins everyday.  Every week we bumped up the time a little bit more until we were doing 45 – 60 min walking workouts. It was all good for a while, but I started to find it boring and I needed something a little faster pace.  So I kicked up the speed on the treadmill a little higher and ran a little bit, then I would walk a little.  I kept up this routine until one day I could run a full three miles on the treadmill. I still remember the day I ran without walking.  I almost knocked Willie off his own treadmill but he wasn’t impressed with my accomplishment. LOL! Or maybe he wasn’t thrilled I almost made him hurt himself during his walk on the treadmill.

From that point, I would get on the the treadmill a couple of times a week and run three miles.  I ran those miles VERY slowly and sometimes stopped for walk breaks but I did those miles along with my other workouts, spinning and weight training.  I did everything the wrong way though besides the walking/running part.  I messed up my feet because I didn’t have the proper shoes and I did stretch well enough after running which lead me to have some serious IT band issues that stopped me from running. 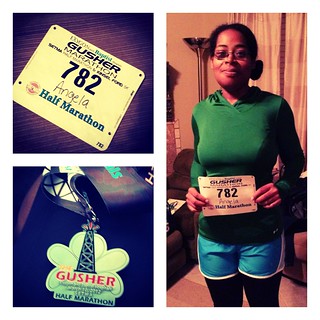 Nope.  My first race was a half marathon, but I suggest people starting with a 5k.  There are so many things to learn about fueling your body in a longer run and I didn’t know anything about that stuff.  It wasn’t the worst experience of my life, but I just wasn’t prepared.  I was supposed to do the 5k but I changed to the half marathon at packet pick up.

So you want to start running because I make it look so fun? Here are some things I recommend:

2. Start easy!  You’re not going to be a marathon running your first go at it.  Set small goals and work toward those goals.  Soon those short mile goals will turn into longer runs without walking.

3. Don’t give up.  It’s going to suck but you’ll learn to love it.  The first mile is always the hardest for me.  I just push through those miles and get going and I love it.  It is possible to find your happy place.

4. Use an app to get started.  When Willie started running he used Couch to 5k and then on to 10k!  Things like this help you measure your progress and keep you on a schedule. Are you looking for a training plan?  Monica at Run, Eat Repeat has some great plans for new runners!

5. Get together with some people who want to accomplish the same goals and HAVE FUN!

Now I have a question for you?  Do you want to run with me?  Here’s your chance.  I’m running the Magic City Half Marathon in Birmingham, AL on November 24, 2013!  Birmingham is a very special place for me so I’m thrilled to be able to run this race!  This is definitely a race I’ll be running for my deceased grandma and grandpa!  I miss them so much and this is the closest thing I’ll ever get to having them be there at the finish line with me. 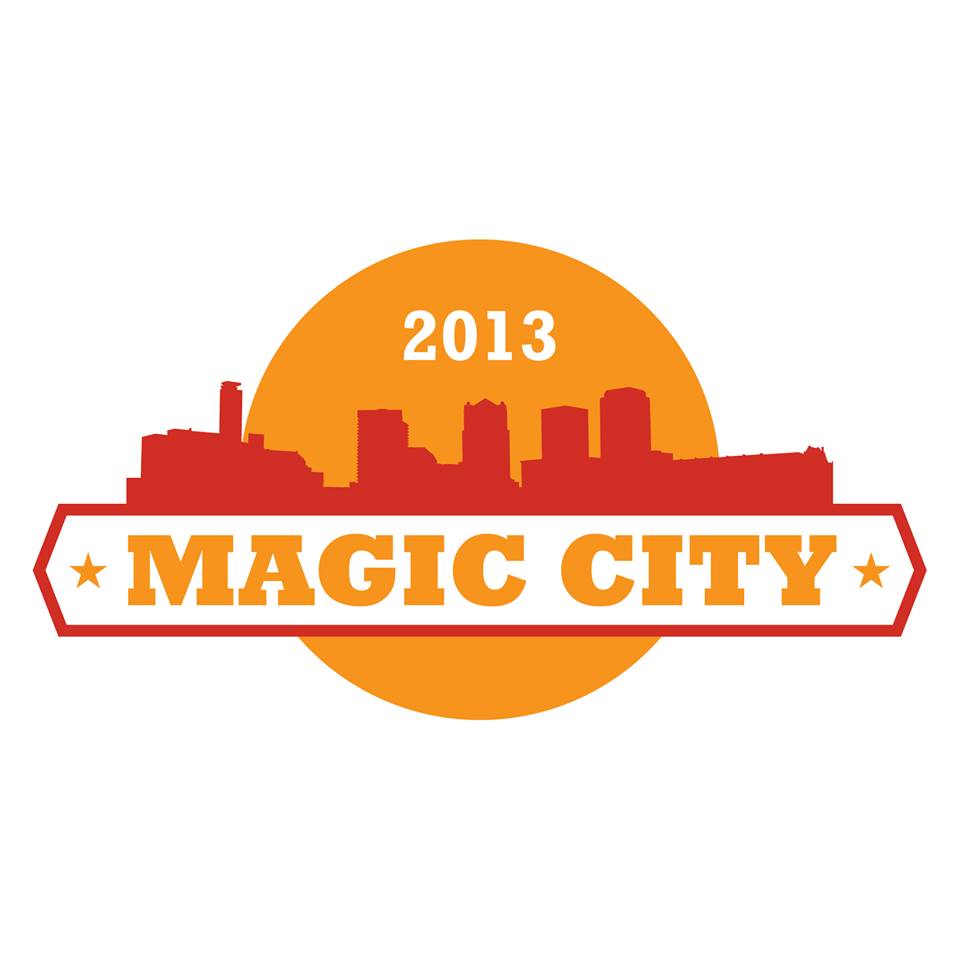 So why don’t you come and join me?  The race is part of the Ruben Studdard Celebration weekend and we all love Ruben, right?  People who say any different are not speaking the truth but he won AI when the show was pretty cool…and everyone expected Clay Aiken to win.  But I was pulling for Ruben the whole time.  There are several options to choose from: half marathon, 5k and a lap!  There’s something for everyone!

In other running news: 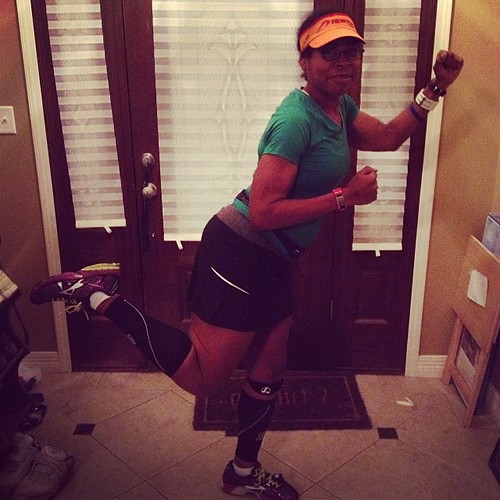 I got a running skirt and I wore it yesterday. I’ve been eyeing these cute thing but never though they would be good for me. But it was on the clearance rack and there were ruffles so I had to have it. And I love it. I did a serious of running poses but I got lazy and didn’t want to combine them all in one photo so this is what you get. Last night, I ran 7.5 miles with my running group. I started early though because we usually only run 3 miles. Little did I realize, I was going to be running in the rain. I survived though!