This weekend was pretty chill for me because I didn’t feel like doing anything. Maybe because I’m going to be going out of town on Wednesday and I just wanted to spent some chill time with the hubs and pups. Plus, my body was begging me to stop. I had been working out for two weeks straight without a rest day so I really needed to take the break. It was a steady push to Sunday for me! 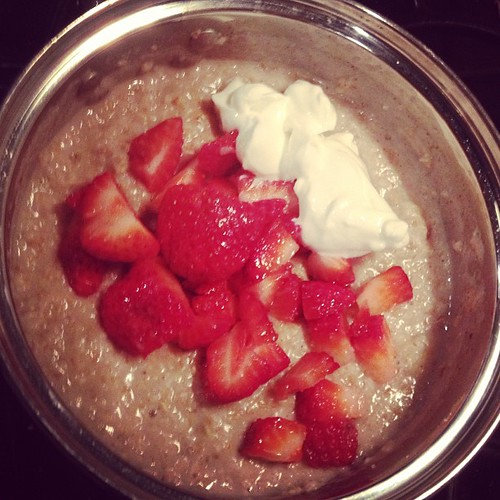 I decided to work from home on Friday which was the best thing ever! This was the first week the training plan didn’t call for a run so I slept in a little. But I still had time to make steel cut oats for Willie before he went off to work. We’ve been doing overnight oats because it’s something I can do the night before and grab and go. 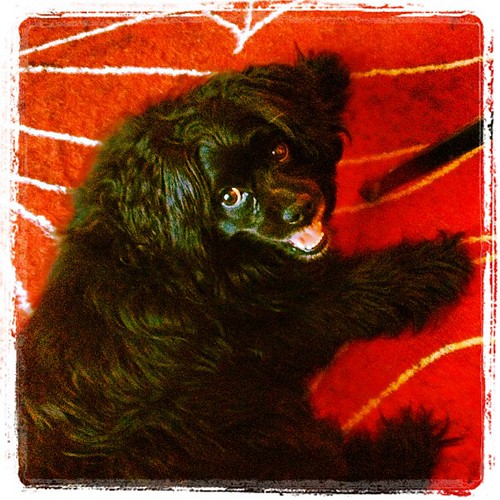 While I was working, Tinkerbelle sat next to me. She was getting into everything in the house. She found some stuff that I had lost too. I just wish she could find my ipod armband, Ole Miss tervis tumbler and my favorite pair of argyle socks. Please and thank you! She was also shedding around the house too much and I couldn’t stand it, plus she smelled horrible. See Saturday. 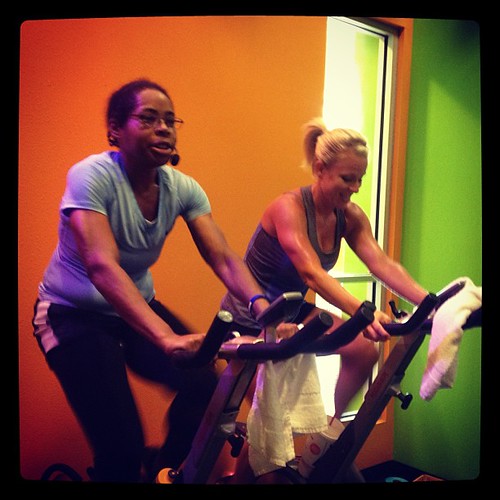 It was a rest day from running but not from working out. I team taught Group Ride with my girl Pam! It was super hot in the cycle room on Friday but we pushed through and had a great time. It was kind of weird teaching with her because I use to go to her classes (and still do when I have the time) and I learned so much from her. Does that make sense? 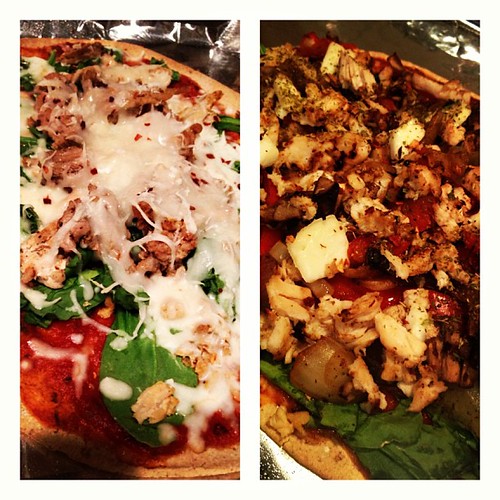 Friday night at our house is pizza night on Flatout Bread! Yummy! That was then followed up by Dance Moms and Breaking Pointe! 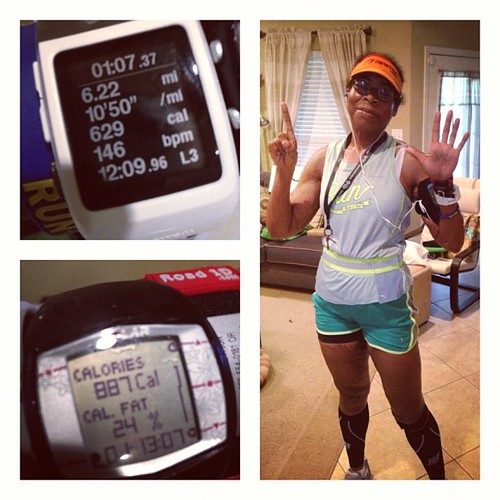 I woke up late for my run, but I think I needed to rest. I usually like to start my run around 5AM but I was just too tired to get out of bed. I finally got out to run at 6 AM and I was worried because I thought it was going to get too hot when the sun started to rise. It didn’t, but it was kind of a sluggish run for me. I think it’s probably because I didn’t have a rest day and I was running on tired legs. Halfway through the run I told myself very loudly in the neighborhood: “I can overcome anything. I have before and I will do it again. I am Angela and I am strong.” It really seemed to work because I didn’t have any problems after that…except with my headphones but that is minor stuff.

After I was done with my run, I ate breakfast and headed off to Centergy to get a good stretch. That was the end of me being even remotely active for the rest of the weekend. Willie went to the gym too but he had to do me a favor: 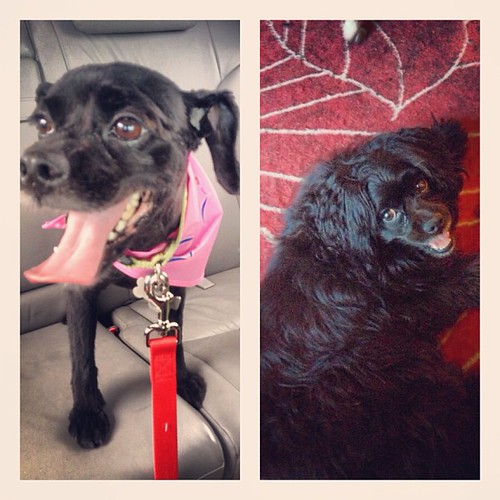 He took Tinkerbelle to get shaved! It was a long time coming, but she looks like an Ewok no more. I think she’s a lot happier too. 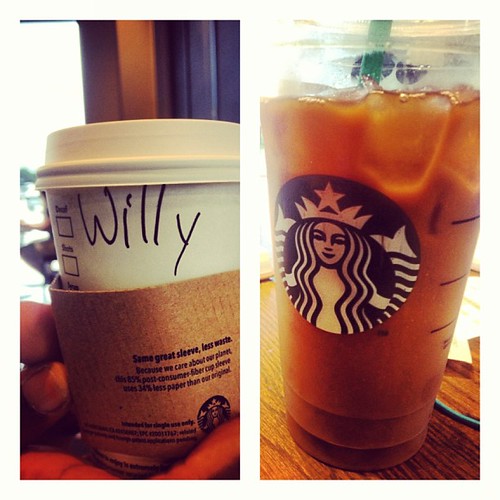 I just spent the rest of the afternoon doing stupid stuff and hanging out with my husband. Starbucks was involved! Willie always gets a skinny tall vanilla latte and I have an iced coffee! We looked at one of Willie’s cookbooks and talked about different types of foods and how we could change them. It was a good time and a moment we don’t get to have too often. It was just a great time. 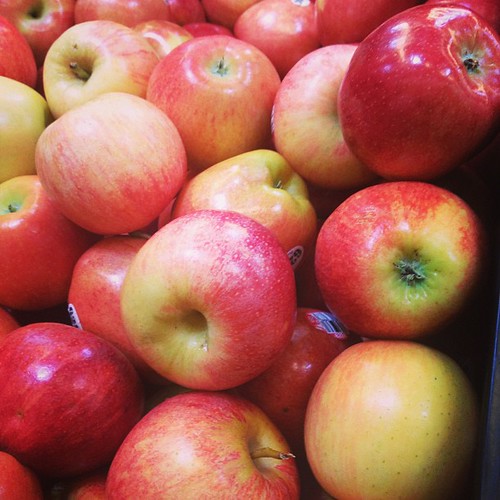 Grocery shopping and cooking! Apples were on sale this week! That’s really what we do on Sundays. We usually try to do something new but this week we just worked on things we already tried but didn’t feel were just right.

We tried to make the chicken shawarma better than before and we finally figured out what was missing. I’ll have to post the recipe tomorrow. And we worked on a quinoa tabbouleh salad! It was so good!

It was a great weekend. Now I’m getting ready to head to Alabama and then on to Georgia without Willie and the pups. It will be sad without them, but a new adventure for me.