I tried to falafel waffle from the Cooking Channel commercial. Falafel is usually fried in ball form and oh so delicious. Willie and I love them but they are loaded with fat so I wanted to find a way for us to enjoy these things. I’ve seen the commercial a million times on Cooking Channel but I’ve never had enough time to attempt making it. Sunday, I had the time and this was the result. 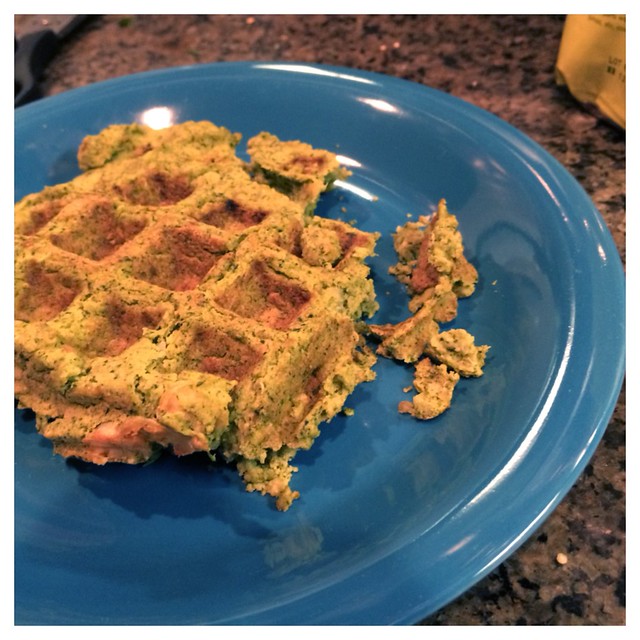 Where my falafel waffle went wrong?

This probably would have worked out better with a food processor. All I have is a Ninja and it wasn’t cutting it this time. There were still big chunks in my batter.

I used a lighter version of the falafel batter.  Therefore, there was no enough fat in the mixture to really make it work.

OR I may have used too many chickpeas.  I tried to double the recipe to make it last all week.  I only had one successful waffle come out.  But I think I also put too much batter in the second time and the first time, I didn’t put enough batter in the waffle maker.  It’s a science.

But I’m still hopeful for the future. 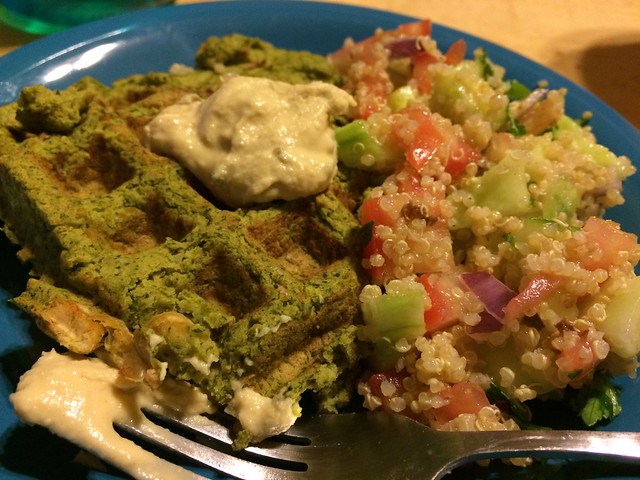 Even though it wasn’t a great success, the falafel still turned out well. I paired it with some quinoa tabouleh and hummus. It was really good. I don’t want to share a recipe yet until I’ve gotten down but I want to let you all know I’m working on this.