Welcome to this week’s edition of Five Things Friday.  I’m talking about the things I want to to try.  There’s nothing really outlandish going on here, but there is some interesting stuff on this list…well at least to me. I don’t know what has stopped me from trying these things, but something has.  Maybe I should get to the root of the problem or just skip that part and just start trying stuff. I won’t waste any more of your time, so I’ll just get to the list. 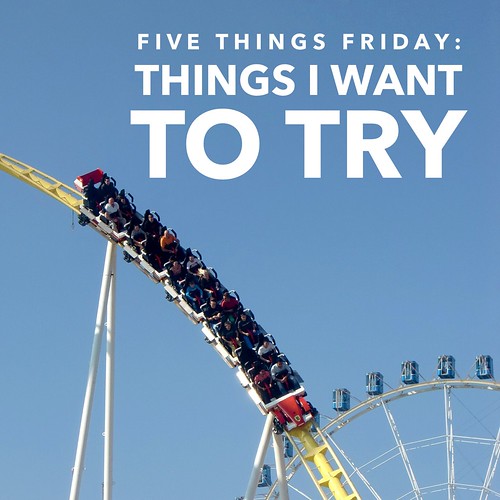 Technically, I’ve gone to a Zumba class BUT I was in a much different place.  I was uncomfortable and on my weight loss journey.  It was crowded and I was more focused on burning the calories instead of having fun.  I see people in Zumba class and they look like they are having fun.  As time has progressed, I’ve have learned that it’s VERY important to smile during your workout, even if it’s the toughest thing you’ve ever done.  If you don’t have that moment at least once, then maybe it’s time to try something new.  People in Zumba look happy and I think I would like to give it a try to see if it will put a smile on my face.

I’ve always dreamed of having amazing upper body strength, but I just don’t have it.  The rock climbing wall just seems like something that would be lots of fun and a challenge.  I’m not sure if I would actually want to take it outdoors to actually rocks but I would be willing to try it.  It just seems like an activity that would really challenge and push me to new levels.  It would definitely be something out of my comfort zone.  I wanted to take Willie for his birthday, but the place had weird hours that wouldn’t work for us.  Hopefully it will be something we can do soon.

Ok, I may be cheating on this “ride a roller coaster” thing because I have rode a roller coaster before.  BUT I’ve never rode one since I’ve lost the weight.  I can’t imagine riding without the worry of fitting in the seat or having to be squished to the point of not being able to breathe.  It would be a nice feeling to ride without having that anxiety.  A few months before we started our weight loss journey, I took my niece and nephew to the fair.  They wanted me to ride rides with them but I couldn’t get into most of them with them.  One operator even told me, you’re too big to ride this so it may not function properly.  I won’t lie; that made me feel very bad about myself.

My life has always been chaotic for various reasons and that’s another reason why I’ve been off the past few weeks.  I’m sure you’ve noticed a little bit of change on the blog.  I just need to learn to avoid the chaos.  Everything doesn’t have to be chaotic and just because someone else brings chaos into my life that doesn’t mean that I need to entertain or welcome chaos. 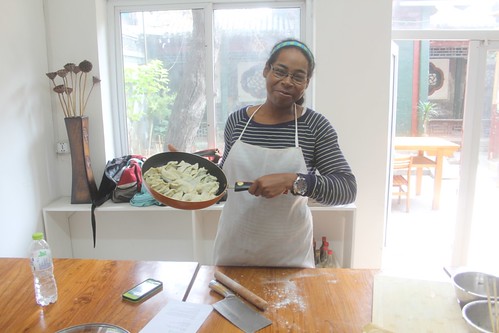 Remember when Willie and I went to China?  We took this amazing cooking class and learned how to make dumplings.  But guess what?  We haven’t made them at home.  While in China I also purchased a wok and dumpling rolling pin and while got a knife and all that stuff is still boxed up.  We said we would make dumplings at home because it was pretty easy but a little time consuming for the newbie.  We never did.  It might be time for us to try something new and make these things at home. These things could be a total dumpster fire, but at least we tried it, right?

What are some things you want to try? What has stopped you from trying them?