Saturday, I ran the Brazos Bend 50K with a lot of my running group. We had a good group of people doing the 50 miler, 50K, 25K and 10K. This course is known for running with the alligators. 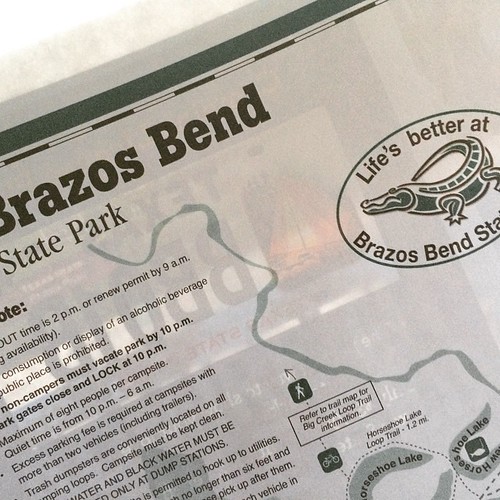 We went on Friday evening to pick up my packet and hear the trail brief. But I missed the trail briefing because we got stuck in traffic. People had been out there and took tons of pictures of the gators roaming the course. 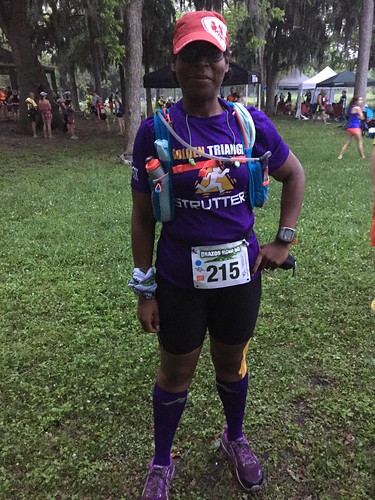 My race started at 7am which was an hour after the 50 milers but I was there to see everyone off. That was nice to at least be with the group at the start. When our race started, it was humid but it wasn’t the end of the world. Real feel said it was going to feel like 103 degrees so I knew it was going to be hot. I needed to settle into a long day. I started out running with a buddy but when we were going to mile 5, the sky opened up. 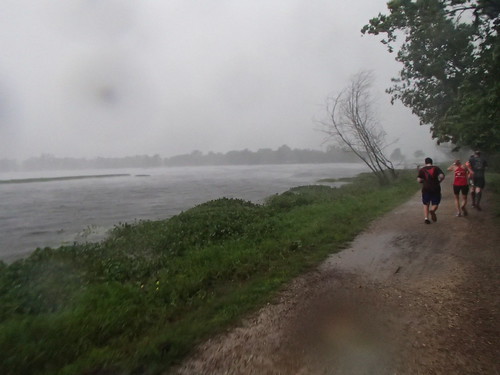 It was bad. At first we appreciated the wind because it cooled things off considerable, but I don’t think anyone was thinking about what was coming with that wind. All of the sudden it was raining, winds were blowing HARD and there was hail. Being pelted with hail hurts by the way. One minute everything was dry and the next EVERYTHING was wet. There was no shelter from it. It was just something to have to deal with. 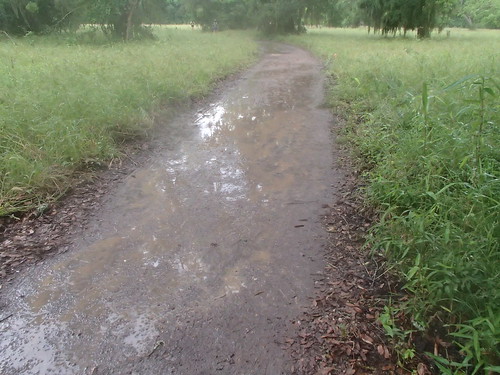 Did I mention we were running on trails? Wet + dirt = lots of mud. A trail that would have been manageable turned into a nightmare for me. I was living a nightmare. I’m clumsy. I fall down. It’s no secret. I can handle roots, I can handle rocks, I will cross streams, but I can’t do mud. I just didn’t know how bad it was going to get.

It’s an ultramarathon. I know it’s not supposed to be easy. I am not proud of my performance from Saturday. I had a horrible case of the “I can’t” and “I don’t want to” going on. Mentally, it was a battle and I think it’s because I’ve been trying to get over the 50K hump. You know how Shalane Flanagan said she may have wanted Boston too much? That may have been my case here. I wanted to finish this race on this course REALLY BAD! I got into my own head.

I wanted to quit. The 50K course was two loops and I knew if the first loop was bad toward the end, I knew the first half of the loop was going to be worse the second time around. I really did contemplate quitting. I was fine with taking the DNF. But on the last few miles of the first loop, I talked to a woman who just wouldn’t quit. She wasn’t in the best shape, her hip was hurting really bad but she was determined to finish her 25K. She said she wasn’t a quitter. That really stung my soul. And then a few minutes later, another woman doing the 50K was struggling a bit but she said she wasn’t going to quit. She wanted it too bad.

I just had a horrible attitude that I couldn’t and wouldn’t shake. I was down. I wasn’t smiling. I just couldn’t shake it. The one thing that always made it better was seeing a purple shirt. I knew those were my people and seeing a familiar face on course meant EVERYTHING!

Why was a willing to give up? Because it was hard? Because it wasn’t the conditions I expected it to be? I write here every week about pushing through and not quitting. I was going to do something I tell people not to do…and I was going to justify. By the time I arrived back at the start for the next loop I had decided I would continue on. I saw my running friends sitting and waiting on everyone to finish.

I tried to be as low maintenance as I could. I grabbed some Nuun and some coconut water and I headed on my way. I solicited some advice from some of the friends, ate some food and continued on to a disastrous second loop. 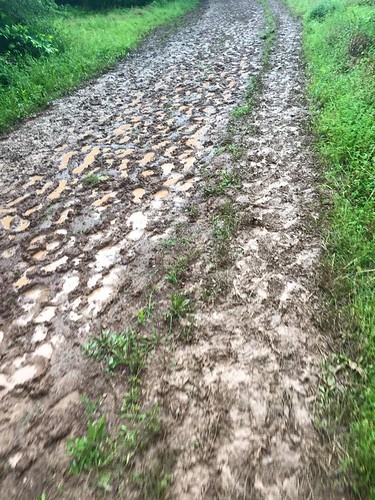 I was met with a serious mud pile, but I kept going even though I had a STANK-NASTY attitude about it. Let’s just call this the slip and slide portion on the course. No traction available, anywhere. 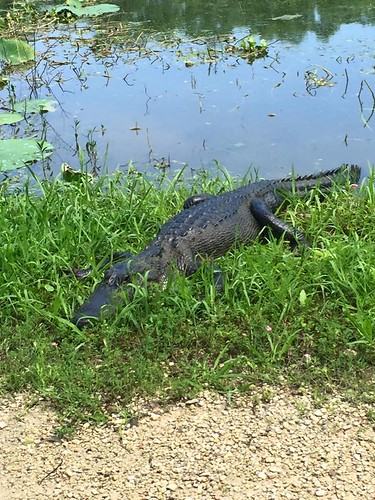 I saw some gators when the sun game out.

I made a friend a long the way. He was very uplifting and kept me positive. He was fighting for it himself, but he still took the time to make me feel better. I am FOREVER grateful for his encouragement and warm nature with me. He gave me a reason to keep going. We arrived at a aid station and he asked to sit down for a moment, we were talking…and then he passed out. I was scared. I was worried. I waited a couple of minutes with him but he was receiving the proper help. After everything we just went through, I knew he would want me to continue on. So I did. One foot in front of the other.

I later saw my friend. He was fine. He made it back upright but he had to DNF another Brazos Bend 50. He passed me a couple of times in a support vehicle and he cheered me on. This made my heart fill with love. I was going to finish this race for the both of us. I’m really sad I didn’t see him when I finished because I wasn’t able to give him a proper thank you!

I ran what I could…and walked what I should. That was just the motto of the day. Even though I was having a horrible day and my positive attitude was lacking, I made sure to tell all of my runner friends that I was proud of them. It may not have meant anything to them in that moment but maybe it made them feel better about themselves just for a minute. 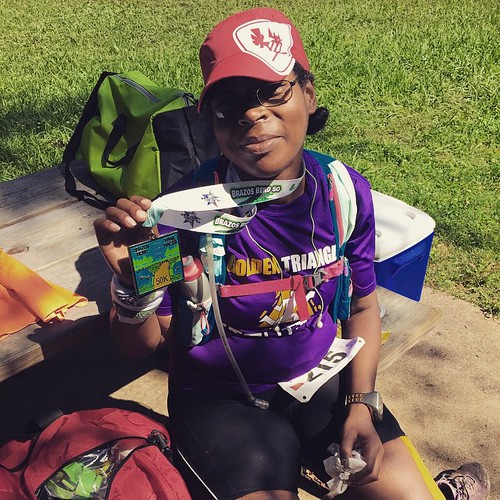 I knew there were snakes out there but I had to keep moving. I kept going and going and going. And finally I reached the finish 8 hours and 40 minutes later I finished those 31.1 miles. Yes, it was an all day event but I finished. It wasn’t my finest hour but I didn’t quit. Thank you to all of you who kept me going. Thank you to the wonderful volunteers who didn’t mind that I hung out at your aid stations for so long. Thank you! I was mentally and physically wrecked and Willie advised me on not running my scheduled half marathon the next day. I spent all of yesterday sleep.

Things I learned from this race:
1. I need a new hydration pack. I’ve learned that I now hate mine.
2. You can taste the difference between generic fig newtons and real ones. I had generic of my own, but they had real ones on the course. I’m buying the name brand from now on.
3. A positive attitude will take you anywhere.
4. Smiling faces will also make the worst of times better.
5. Quitting will get you no where but back at the beginning. Don’t quit, keep going.