The Louisiana Marathon race weekend is one of my favorites of the year. I can’t explain why but it just is. Maybe it’s the energy, the friendly people, the beautiful course and even the great finisher festival. It’s a race I don’t think I’ll be missing.

Willie and I usually run the 5K the day before our big races. This year I was running the 5K and the full. Willie was running the 5K and the half. This year the race included the quarter marathon (6.55 miles) and I wish I would have signed up for that instead of the 5k. The price to change my race was a little too expensive so I stuck with the 5k. 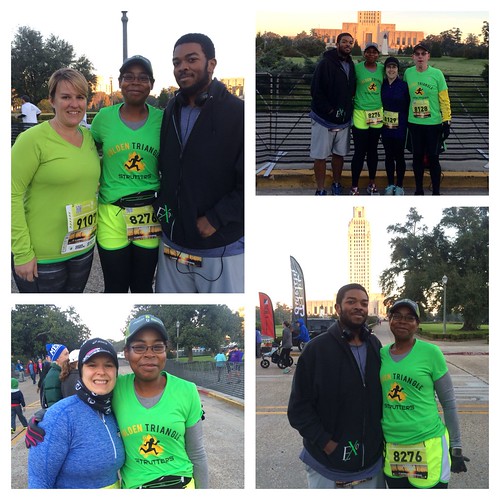 Something unusual happen this year, we actually knew a lot of people running this race. It was a nice reunion before we started the run. And like usual, it was a little chilly before the start.

Last year Willie and I ran the 5K together, but this year he told me he wasn’t having it. He felt like he wasn’t trained for running a faster race. That was fine. I was in the run for fun. When we took off, it was a mess. People were walking and blocking the way. I had to dodge people and run on the sidewalks. It wasn’t a pleasant experience but after the first mile things seem to even out. 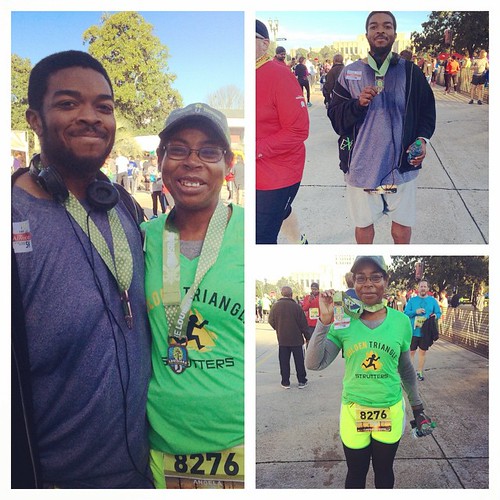 Running down Park Blvd in Baton Rouge is the best. It’s so nice and pretty. I just love trees. This was just a nice run for me. I ended up with a PR of 28:14. I don’t know how that happened but it did.

After we were done, we headed to to finisher festival to enjoy the good eats.  Read Willie’s blog to find out more about all the cajun treats we had.