I was provided with a free bib to this race by the festival but all opinions are my own.

Spoiler alert: This race was AWESOME!

This race was one I put on my radar last year. I found out about it too late and I couldn’t participate but I made sure it made the list for this year. AND it was great because it was a race Willie and I could do together. I’m all about couple activities, especially when it gives us extra time together. 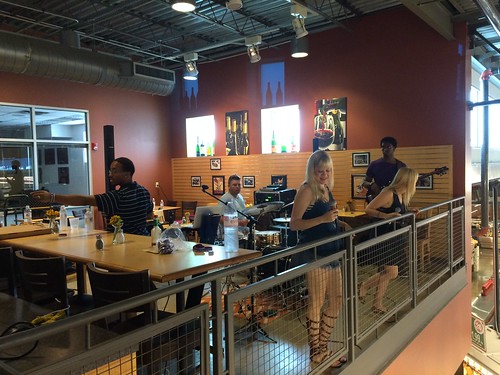 We picked up our packets at Central Market in Plano. It was booming in there. They had a “band” playing and singing current hits. They sounded great but it was super loud! 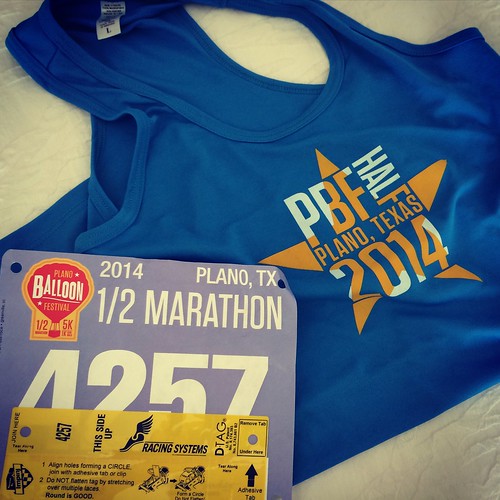 We picked up our packets which was quick and easy. We both go two tickets to the balloon festival and a TANK top! I was excited for the tank top, Willie not so much. This pretty much solidifies that I’ll be keeping this shirt. We should have gone to the festival right after that so I could get my hot air balloon ride. I thought we could do it after the race, but I was wrong. I missed a big opportunity there. 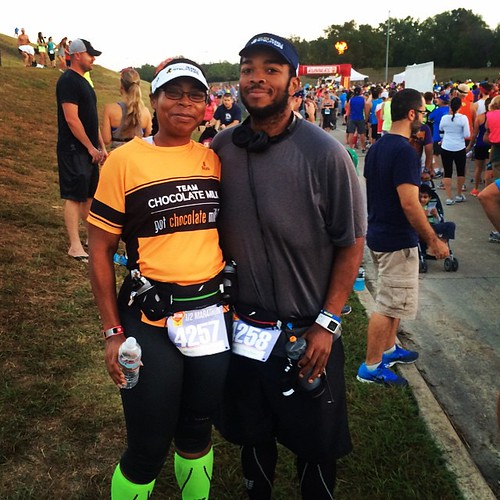 I was so excited to be running with Willie in our new GTS visors. They look so spiffy. Before the race was really hectic. The traffic was horrible to park. This probably took a little too long. But we survived and walked to the festival which was really pretty. It didn’t seem too organized though because people were just standing around. They were making announcements but it was hard to hear. And then suddenly the race started. It was kind of abrupt. 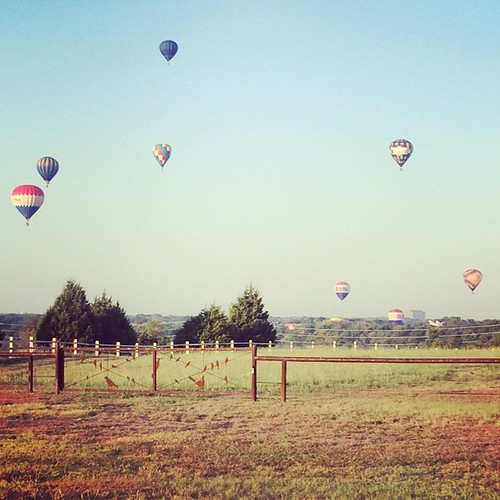 I was a little worried about it getting hot at the race because it didn’t start until 7:30am. I was really skeptical but the race was shaded throughout a big portion of the race. The last 3 miles were not shaded which kind of sucked. Direct sunlight + me = nightmare. I can run in the heat all day as long as the sun isn’t beating down on me. It was nice running and seeing the balloons. It made me happy. 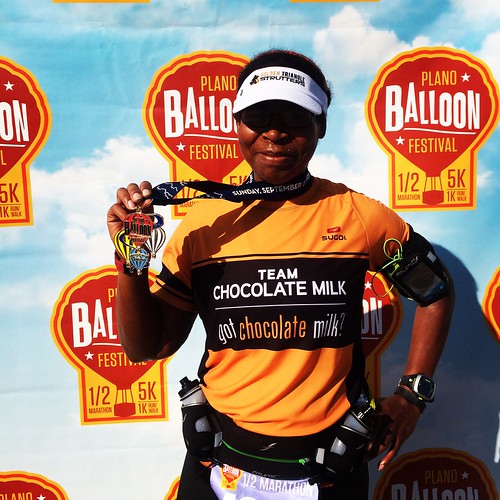 The course was hilly but nothing major. Everything was runable if you wanted it to be that way. I like to walk up the hills because I’m from the world of flatness but I ran a couple of those hills. Like I said before, the last 3 miles were direct sunlight and it sucked. It was hot, but I finished in 2:28:16. I was trying to keep my marathon pace and I was pretty consistent until the sun came out and got me. I was about 15-20 seconds off my pace each mile which added up in the end. I’m working on pushing myself harder during my longer runs and races just help me do that better. I was supposed to run a total of 16 on Sunday but I ran 3 at 9pm the night before (on the worst treadmill ever). 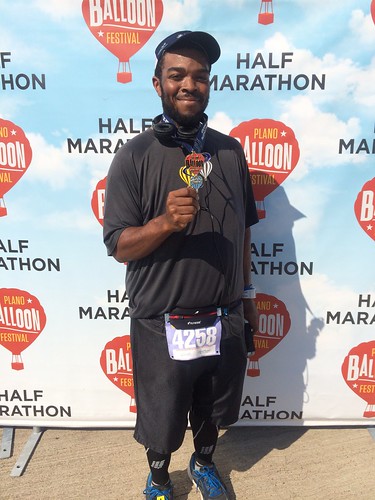 Willie had no interest in running with me, or me running with him so I really only saw him at the beginning and when he crossed the finish line. He likes it better that way. Apparently he saw me on the switch back on the course, but I didn’t see him. I was rolling. Willie came in just over 3 hours which was to be expected. He hadn’t run that far in a long time and it was hot! I was so proud of him though because he came in looking strong despite saying he was having a foot problem. It didn’t hold him down too much though. 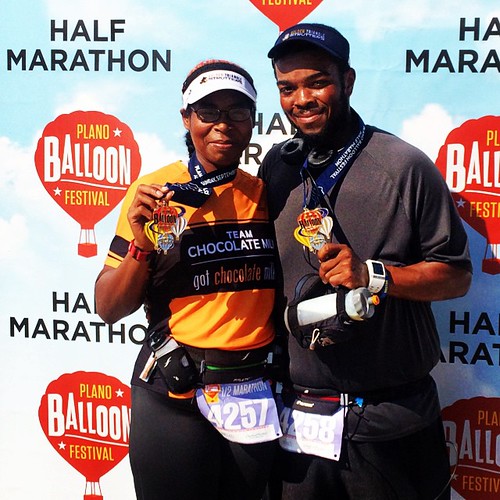 I had the best time and Willie did too. These are moments that we’re going to remember forever and I am just so blessed to be able to do this kind of stuff with him. We had a really great time.

The race perks were great but the medal was amazing. It’s definitely going to go down as one of my favorites EVER! There was breakfast provided by Central Market when we were done but I only opted for eggs; no hasbrowns or bacon for me. Everyone was having a great time. It was truly a family event and it was great.

Final verdict: We will gladly run this race again.

The only bummer was we had to drive 5 hours back home and that’s why we had to skip our hot air balloon ride.