Hello my friends!  I’m boring this week.  I’m living for the little things.  I’ve been really busy at work (both jobs) so I have been looking forward to spending a minute at home.  Meal prep happened very quickly this week by eating some old favorites.  But I was looking forward to making something with my pumpkin that has been sitting on my counter since Friday. 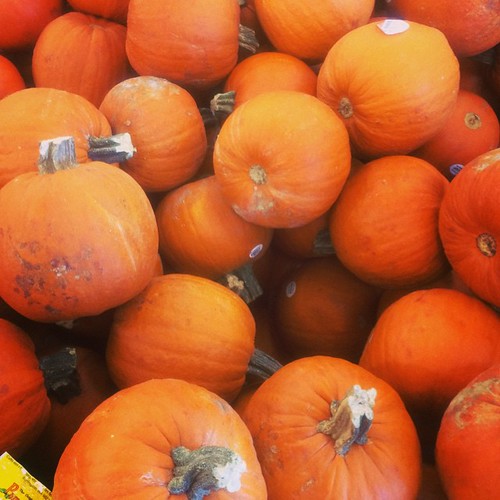 Last Friday, we did the grocery shopping for the week because we went to Tyler for the race. We wanted to make sure we had our groceries when we returned. That’s when I decided to get a pumpkin. I’ve never done anything with a real pumpkin before so it was exciting.

Tip: Don’t get the big pumpkins because those aren’t for cooking. Those are more for decorating. Find the small sweet pumpkins or pie pumpkins. 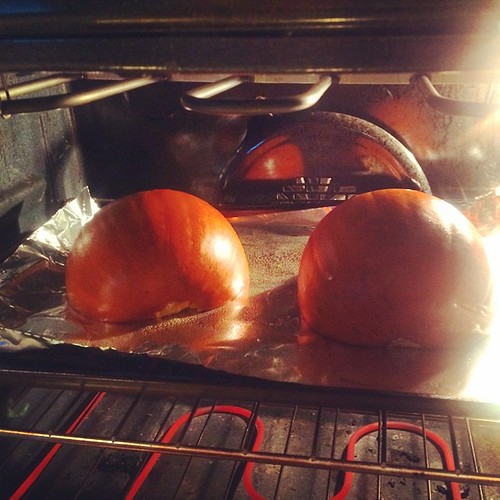 So last night I finally roasted the sucker. Willie cut it in half and I scooped all the seeds and guts out. I saved the seeds for a nice roasted snack. I sprinkled it with cinnamon because I LOVE cinnamon and I let it roast in a 375 degree oven for 35 minutes. I think my oven was running hot yesterday because I didn’t have to scoop anything out. The skin just came right off. I’m not complaining.

But now I have a conundrum. I don’t know what to make with the pumpkin. I pureed it down and let it cool so now I have a pumpkin puree. I also have a butternut squash puree too. I took it to social media yesterday about what to make and I got a lot of soup suggestions. The only problem is, I live in Texas and it’s still hot. I’m not in the mood for soup. Any other suggestions?

I was thinking of making a pumpkin butter but if I do that, I’m going to need a lot more pumpkin to fill up my crockpot.  A lighter version of pumpkin butter because all that kind of stuff is soo good.

Have you ever roasted your own pumpkin? Do you like pumpkin at all? Willie hates it but I have a feeling he’ll end up eating it anyway.