When I travel, it’s really hard to get the meal prepping done.  Guess what? I’m going to be doing a lot of traveling for the rest of the year so I’m going to have to learn to perfect the system.  I usually end up skipping a workout so I can get everything done but yesterday I tried something different.  I was very rushed. 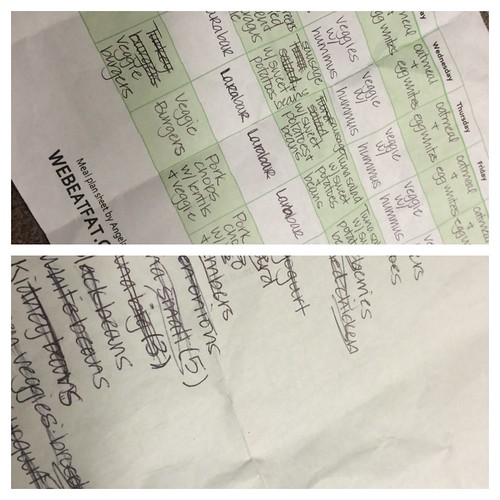 I had to make a plan and a list.  The most important thing this week was to make sure that I had things that could get done quickly.  The meal planning was a little bit difficult because I didn’t have enough time to make a serious meal like I like to do.  No all day Sunday to make food for the week.  I had about 90 minutes to get some stuff together. 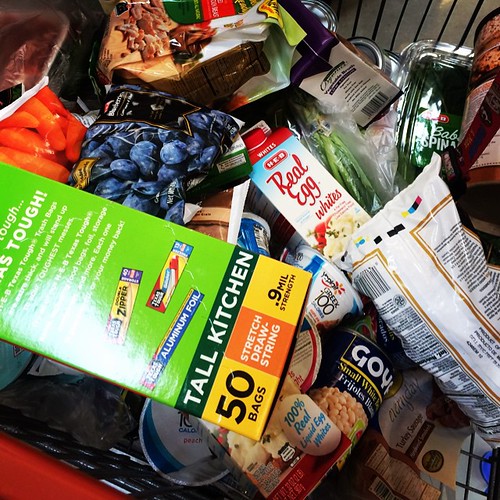 And then I had to hit the grocery store after work. I was running a little late for this and I was worried I would run into the after work crowd. I was also worried about not getting good produce. I like to go on Sunday because they are putting out the fresh stuff, but I survived.

What’s are the menu this week:

Dinner: Boneless pork loin chops with sweet potatoes (for Willie), lentils for me. I’m trying to avoid starches at night. I’ll be roasting some veggies too.

What’s new for me this week?

I’ve been logging my food again just so I know.  I think it’s time to go back to that.  I just want to make sure I’m staying on track even though I eat pretty much the same thing every day.  I also want to take a look at my macros and I really don’t think I”m getting enough fat in my diet which has always been a problem for me.  I think I”m going to have to start adding in the avocados and nuts again. The fat thing is always hard for me because I’m not too big on animal proteins which carry more fats.  I’m not a vegetarian but I just don’t eat a lot of meat.  And of course, when I do, it’s a lean meat.

Fat is a very important part of a person’s diet and I just don’t think I”m getting enough so I will be working toward that.

I know it’s already Tuesday, but what are you eating this week?  Did you meal prep?