This weekend was full of races.  On Saturday, I ran the Zooma Women’s Texas Half Marathon in Bastrop, TX! 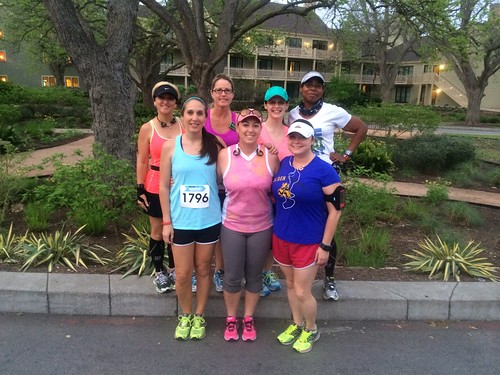 We’re all crazy. Half marathon on Saturday, 10 miler on Sunday. We had to get up super early to make it to the race but when the sun came up we were all optimistic. 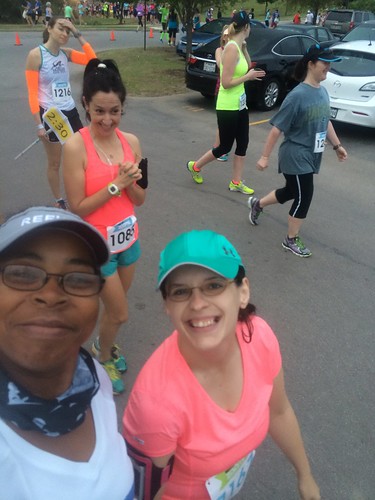 Missy was running her first 10K. I think she’s going in the wrong order though. 10K first and then the half marathon, but she missed the memo in New Orleans. So we got a selfie before the race started. 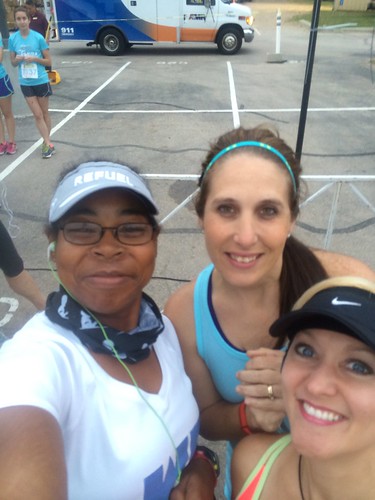 At the starting line I had no business lining up with these two but I did anyway.  I didn’t keep up because there was a hill in the first .30 of the race. It sucked. I knew what we were in for and it was humid as all get out. At that point, I decided I was going to take it easy at this race. Take it easy = walking every hill there was in the race.  Yep, that actually happened.  After this race, I decided I’m going to include hill repeats in my training from now on.  Parking garages, here I come! 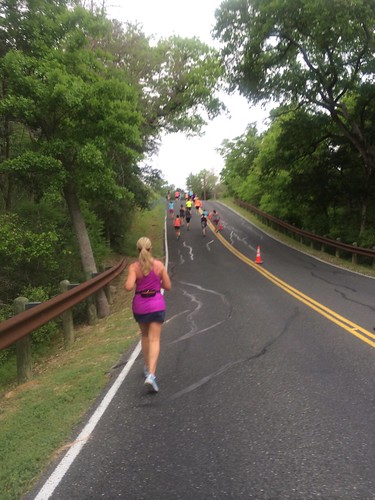 I ran behind Dawn the entire race because I couldn’t run next to her. The stride for stride thing sometimes makes me a moody runner so I thought I would follow behind her. And she was using her Jeff Galloway timer thing. She’s the reason I made it through the race.  The hills were INSANE.  I’ve never seen hills like this before.  They just got steeper and steeper as we continued on.  I would get over one and get to the next one and think, “are you kidding me?”

The race didn’t flatten out until mile 8 and by then we were all dog tired from the serious inclines that were happening. We’re from southeast Texas where we are below or at sea level at all times. We are use to humidity but not the hills. This race was through the country side and it was beautiful. There were parts that ran through the resort on the golf course, which I could have done without because it was so bendy. It wasn’t the worst thing in the world though. 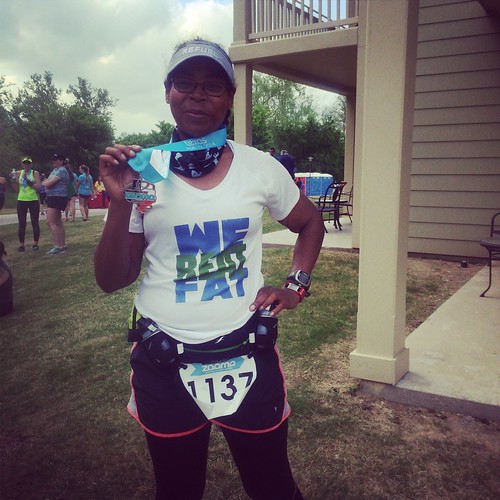 In the end, I finished is 2:27 and I was happy with that. This was the hardest half marathon I’ve ever run and I’ve run a lot of half marathons all over this country. This was hard, but I liked the challenge. I’m already looking forward to next year when I kick this race in it’s face! 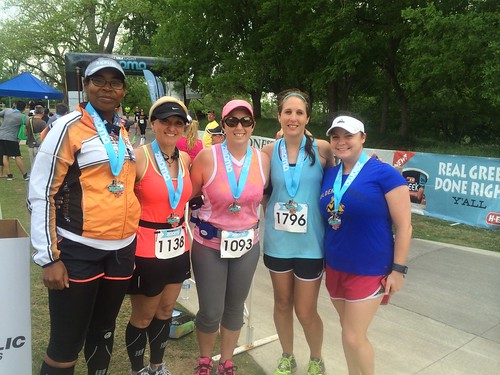 We all survived, even Dawn who was feeling a little queasy at the end. I hung with her to make sure she was ok, but she finished like a champ! She’s awesome. 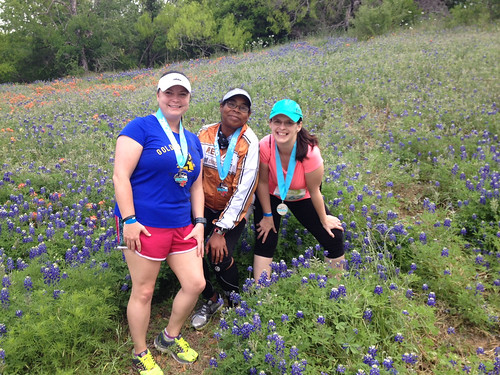 And then on the way out, we saw bluebonnets. Apparently, Jesica didn’t want to poop in the bluebonnets like Missy and me. The tumblr is hilarious!

It was a great time and don’t think the men weren’t running this race.  There were a lot more guys running this than I expected!  I enjoyed chatting some of them up a long the way. 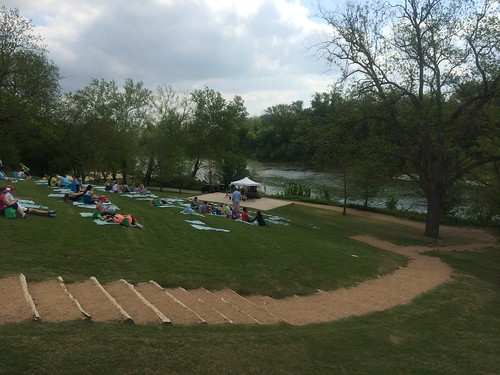 This race gave great swag: a hat, a nice tech tee and features socks.  Plus the after party was cool with wine and girly things to buy.  It was a good time.  The post-race food wasn’t that great but the coffee bar was a great thing.  I didn’t have any coffee because it was just too hot to even think about having it. When you were done running, there was an area set up for foam rolling, massages and yoga! Truly an event for the ladies and it would have been a great girls weekend type of place. Next year I will do it better! 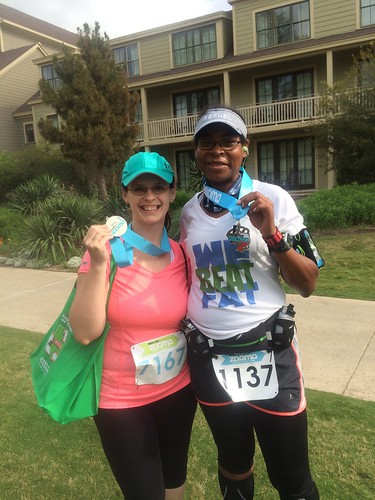 Shout out to Missy for finishing her first 10K in 1:16. She’s moving on up the running ladder. I wonder what time she’ll get in December with her half marathon? 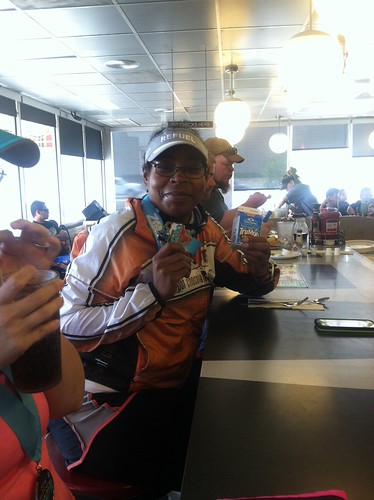 And of course, there was lowfat chocolate milk when I was done. I needed to recover for my 10 miler the next day. That 3 to 1 carb/protein ratio is important to bounce back. After all, I’m still training for the Great Wall!