Sunday I ran the Austin 10/20 with my running friends.  I didn’t realize so many of us were running! There was a huge group which always makes for a great picture. 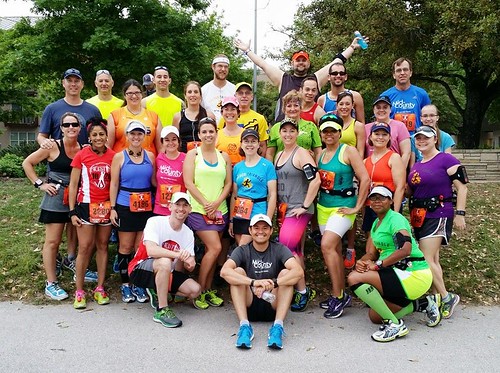 I won’t lie, this race isn’t my most favorite race in the world. But I like the atmosphere and the people which essentially end up making it a great race. The course is uber boring. The Austin 10/20 is 10 miles with 20 bands. There are a lot of people who run this race and the bands are pretty good. I stopped to take pictures of my favorite bands. 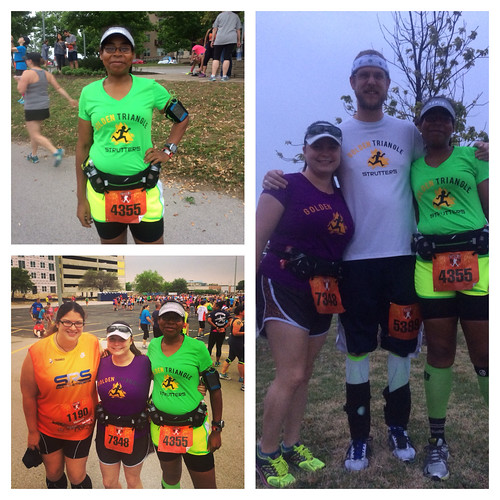 Representing the local running groups here. Sunday was the day for Tyson to join in on the running fun. It’s always nice to run with your friends. 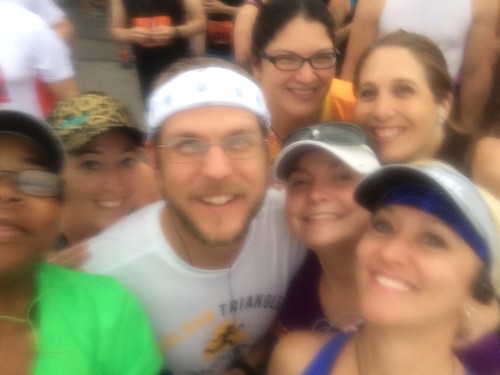 When the race started, I was really relaxed about it and I didn’t expect too much. I was probably too relaxed at the beginning. I stopped to take pictures of the bands. I stopped to listen to some of the bands. I was there to have a good time. When I became less interested in the bands because they didn’t seem to be matching the bands in the program, I started to run. By the time I started to run, I was already off my time from last year. Can’t win them all, right? 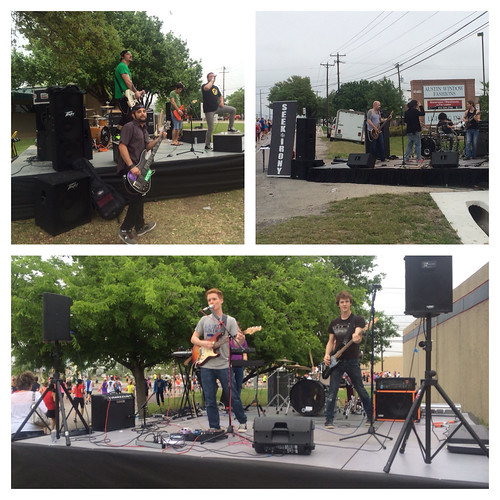 It was cloudy and humid because a rain storm was brewing. The water stations didn’t seem to be manned very well so I was glad I wore my hydration belt. I did like how they gave out cold rags on the course. I needed it! My favorite part of the race was running through The Domain even though none of the shops were open. But a group of ladies stopped to ask me if I was the girl on TV and we took some pictures. I was hoping to get a hold of at least one of those pictures but no one has fessed up to them yet. So if you’re reading this blog, it was a pleasure meeting you and I would like the pictures we took! You can have your own personal spot on the blog (too bad it’s not worth much but a shout out)! 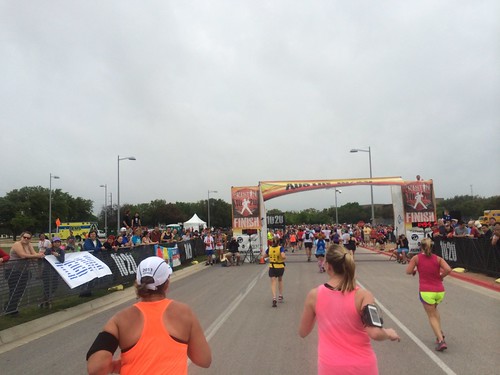 When it was over, I was glad it was over. I couldn’t wait to cross that finish line! I finished the 10 miler in 1:48:23 which was 7 minutes off my time from last year, but it wasn’t a big deal for me. I just wanted to run. As it gets hotter, I am going to be less cheery about getting out to run so I have to do it while I can. 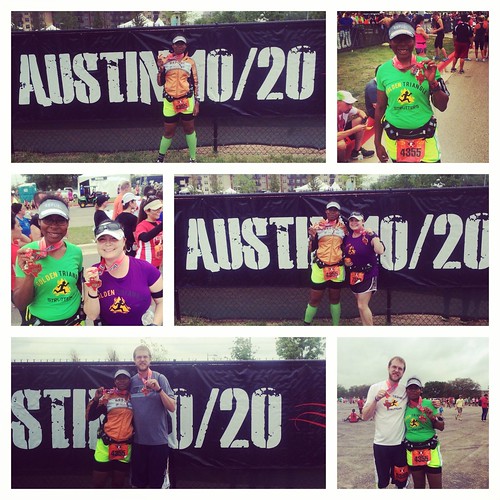 Jesica did a great job too with finishing in 1:59. Tyson wasn’t too pleased with his time but we run this races for fun…and you’re going to PR every time. But wait? I do believe this was his first 10-miler so he can’t be that upset about it because it’s a PR!

So what did I like about this race? The shirts are way better this year than last year.  The medal is a good quality medal even though I liked last year’s better.  But a good quality medal is worth a lot in my book!  I like hearing the bands a long the way, except band #3 (I think) who decided to go unplugged for this event.  That was pretty much a horrible idea because no one could hear you! I did like how they changed the race start this year so it wasn’t so jammed up at the start. This is truly one of those races where you’re never running alone because of all the people.

What I didn’t like about this race? I didn’t get the shirt size I registered for me and neither did my friend.  The water stations really weren’t ready for the massive amount of people.  And that stupid race start with the median in the middle of road.

I’ll be back to run it next year though! 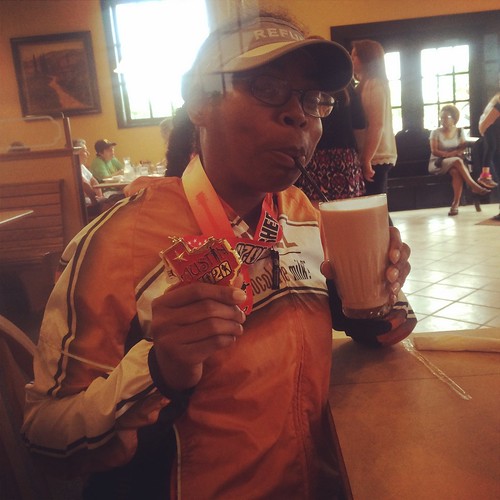 And of course, there was more chocolate milk! Two weeks until China and this weekend brings some hill repeats! 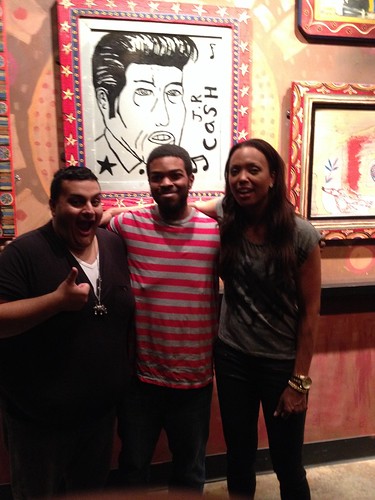