I have to be honest, I’m writing this for myself today. Notice that I haven’t been as bright and friendly around the blog parts lately? Things haven’t been good but things are better. I think I was just left feeling a little lost after the month of the February.

I had a little struggle that turned into something big and I didn’t deal with it right. I resorted to old habits and that kind of scared me. I lost motivation. I lost my drive. I was consumed and over taken by my emotions and it just left me empty. No I didn’t emotionally eat which is truly a positive in this situation but I didn’t handle the situation right for me. It was like I took a back slide that really disappointed me. I really felt like I had failed myself. My oldest and dearest friend told me I had come to far in my life to travel back down those roads again and she was right. It just took me a minute to move past it. 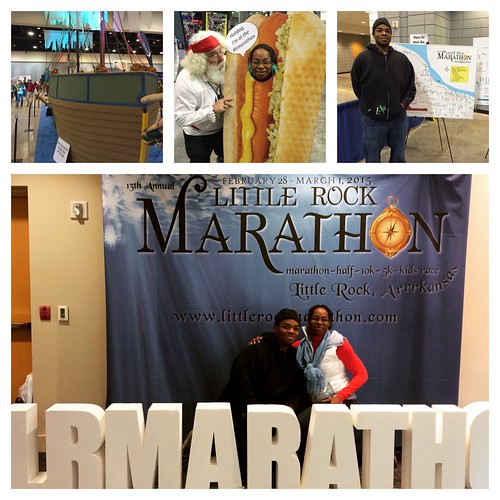 Every situation is manageable but you must deal with the situation and not let it overtake you. This is where I took the wrong turn, I let the situation overwhelm every part of me and it got bad. 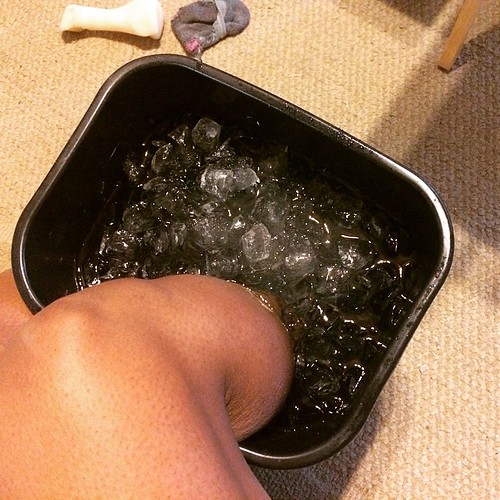 I went from not wanting to run, to not being able to run. After The Gusher I had this horrible pain in my foot. I sense that it was an overuse injury from running some slower than normal marathons two weeks in a row. It kind of tore me. Probably didn’t help that I switched my shoes this past month either. I really thought this was going to be something that would sideline me for awhile. I’ve been rehabbing the mess out of this injury and things are looking better.

But that means my working out has been very limited it. I was trying to keep it low key not to aggravate whatever was going on any more. I did some walking on the treadmill but that kind of hurt. The elliptical wasn’t much fun either. So I gave it another couple of days.

On Saturday I went back to walking and I tried spinning. The walking was ok but the cycling hurt. I was a little bit upset but I was never defeated. The situation isn’t one on the best list but I know it’s going to be ok. I’m not going to let the situation steal my joy or sparkle. I’m going to keep pushing forward.

So after a pretty horrible emotional experience, getting sick, and now over coming an injury, I’m ready to head back into life. I’ve gained new perspective on life and I feel recharged and refreshed. There is always light at the end of the tunnel, sometimes the journey to that light may take a little longer than we might like. These are the learning moments of life that will make me stronger.

I had a really great weekend.  I know I don’t usually post stuff about my normal day to day on the blog, but maybe I should do more things like that. I spent Valentine’s Day being active with Willie and support my best friend at her school 5k.  Note:  it was a lot of walking on a soccer field. Totally not serious, but A LOT of fun! And someone showed me to to stretch because I wasn’t do it right! Then we headed to the expo to pick up our packets. Then I fought the ridiculous Austin traffic to hang…

END_OF_DOCUMENT_TOKEN_TO_BE_REPLACED

I hope everyone had a happy Thanksgiving yesterday. I was hosting this year which took up a lot of time.  It was hard to keep up with everything and keep blogging.  I’ll give you the short version of the holiday.  On Wednesday night, we had a little get together with some friends.  I didn’t get a chance to take pictures because I was running around like a crazy person, but I did get one with my good friend Julie. You might remember Julie from her story.  Check it out if you haven’t!  She just keeps getting better! On Thanksgiving morning…

END_OF_DOCUMENT_TOKEN_TO_BE_REPLACED

It’s time to take a wellness break here on the blog. I’m all about living a healthy life through mind, body AND soul. So let’s talk about friends. I was never the girl who had a lot of friends.  My close friends I can count on my hand and those are the people I lean on in the good and bad times. I like to think I am a very good friend most of the time but you never really know. A couple of days ago I was reading Kimberly’s blog and she linked to this article: 7 Friends Every Woman…

END_OF_DOCUMENT_TOKEN_TO_BE_REPLACED

My dear friend Mel is getting married when I’m in China so I won’t be able to attend but I was able to go to her bachelorette party last night.  Well at least half of it. Since you only really hear about me working out and such I thought this was the perfect opportunity to show that I do in have a regular fun life. It’s nice to put on regular clothes with people who only see you in running gear! We all clean up very nicely. Any opportunity to put on real clothes I’m going to put it on.…

END_OF_DOCUMENT_TOKEN_TO_BE_REPLACED

This weekend was full of races.  On Saturday, I ran the Zooma Women’s Texas Half Marathon in Bastrop, TX! We’re all crazy. Half marathon on Saturday, 10 miler on Sunday. We had to get up super early to make it to the race but when the sun came up we were all optimistic. Missy was running her first 10K. I think she’s going in the wrong order though. 10K first and then the half marathon, but she missed the memo in New Orleans. So we got a selfie before the race started. At the starting line I had no business…

END_OF_DOCUMENT_TOKEN_TO_BE_REPLACED

It’s Friday!  I’m excited for the weekend and have a new experience.  This year I was invited to join a Texas Independence Relay team and I’m really excited for the experience. It’s 200 miles with my friends. We’re either going to love or hate each other by the time it’s all done! We have 11 people on our team and two drivers. Willie volunteered to drive on this little adventure and I’m so grateful for his support on this one! We start tomorrow morning at 9:28 am and will run from Gonzales, TX to the San Jacinto Monument! 200 freakin’…

END_OF_DOCUMENT_TOKEN_TO_BE_REPLACED

It’s been a super busy day!  I really wanted to post this morning, but it just wasn’t happening.  I should be sleep right now because I have to teach at 5AM but I’m sitting here writing the blog because I don’t want it to get pushed back any further.  I have other blogs I want to post this week so it’s important it comes out today! This past weekend, I spent the time running with my friends at Rock n Roll Dallas!  I’m not going to completely bash my hotel, but staying at this particular hotel was the low light…

END_OF_DOCUMENT_TOKEN_TO_BE_REPLACED

Excuse me for this being late, I was too lazy to blog yesterday. When my daily mile report came out yesterday it was all kinds of wrong. NO ONE should work out that much unless they are training for something and I AM NOT training for anything in particular. On Sunday I ran my 14th half marathon and final race of the year. This was supposed to be a fun run for me; kind of like a reward for all the hard work I put in this year. Christmas music + christmas cookies = a fun time. Everyone got a…

END_OF_DOCUMENT_TOKEN_TO_BE_REPLACED

Last night, Willie and I went on a Christmas light bike ride.  We wanted to do it last year but we didn’t.  I don’t remember why but it probably had something to do with the social aspect of ride.  We just didn’t know anyone and it never occurred to us to just go out there to meet people.  This year we were all game for it though.  So yesterday I taught my 4:30 cycle class and then we headed out after for the 9 mile bike ride to see the Christmas lights. You know what I loved about it? 1.…