I wish I could say my July 4th was the best day, but it wasn’t.  I had to deal with some serious issues and that kind of brought me back to a place I haven’t been in years.  Sometimes I feel like you can’t escape the past and it’s sometimes hard to move on to a better place because people always remember you as the person you once were.  I won’t lie about how I was back then.  I was unhappy, miserable and just in an overall bad place.  Everything bothered me, therefore I ate my feelings.  That means I was eating all the time.  When I was stressed, angry, sad, unhappy, revengeful, etc I ate and I isolated myself from everyone so that I could eat without judgement.  Like eating those supersonic chili cheese tater tots was going to get revenge on the person who wronged me.  The person getting the short end of the stick in that situation was me.

July 4th was one of those type of days.  I wanted to run and hide and maybe not eat, but I did want to run and hide.  The running and hiding aspect is just always associated with the eating, but I can proudly say I really didn’t want to eat.  It was a hard day for me because I wanted to resist the urge to fall back into the bad habits because things had gotten that bad.  I’m glad to say that I wanted to get out and do something instead stuffing my face with food.

I didn’t let a bad situation keep me down.  Granted I am still upset that I missed some important events for myself and wasted time that I can’t get back, but I handled it to best of my ability.  I did manage to make the best of a bad situation and enjoyed some of the day with Willie.

Willie is on his quest to learn about food and it was important for me to do something he wanted to do to make my day better.  Willie wanted to cook and I’m glad that he did because I really wasn’t interested.  He did a great job and cooked up an awesome meal.  It was loaded with sodium, but it was still good.  He’s still learning about substitutions and how to make recipes a little more healthy.  It’s a learning process and he did a great job his first time around. 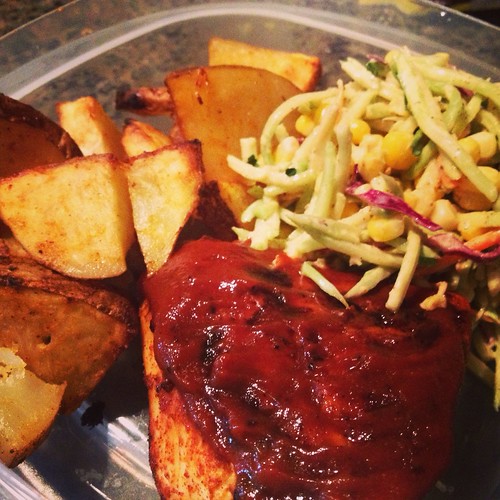 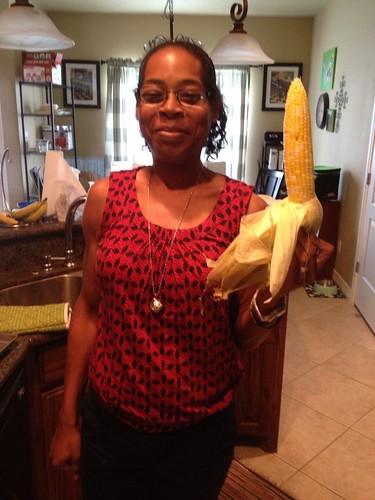 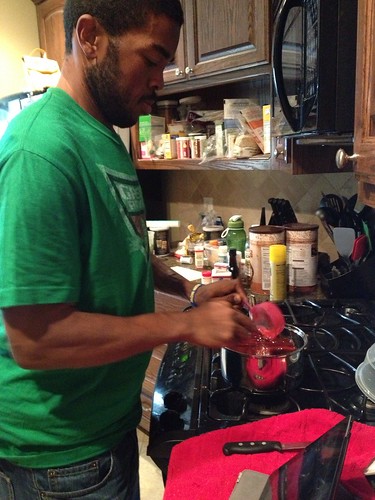 He made BBQ chicken and roasted potatoes. I made a roasted corn broccoli slaw to go with the meal. We will post the recipes and nutritional information on the meal shortly. I definitely think everyone should give it a try! I had never roasted corn before and it was a learning experience for myself. I don’t think I roasted it long enough so I’m going to try again. We’re going to pull the grill out again this weekend and maybe give it another try. The meal was delicious and I’m not a serious meat eater, but I ate it all. It was great and I was so proud of him for tackling a good meal by himself. 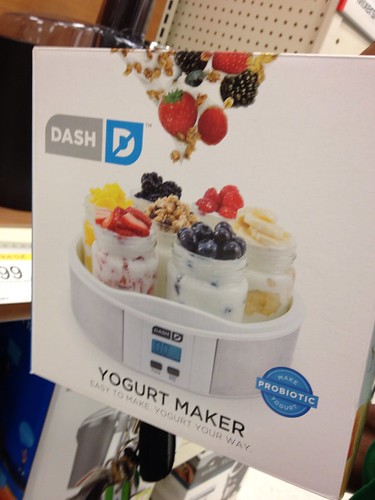 We also roamed Target for an hour. It was so great to have no one in there because it was a holiday and people were out and about. I was looking for a veggie spirialer but I can’t seem to find one of these suckers in store. I’ll have to suck it up and buy it online. While we were searching the aisles, we found this yogurt maker. I’m kind of intrigued by it, but I’m not sure if it’s a waste of money. I couldn’t figure out if you’re actually making yogurt or if you’re just adding the stuff to make the yogurt more yummy.  It was on sale and there was only one left.  We didn’t buy it because Willie wants to buy the Kitchen Aid Ice Cream maker for $70. I think it might just be smart to go with Willie’s idea because we know that makes frozen yogurt. 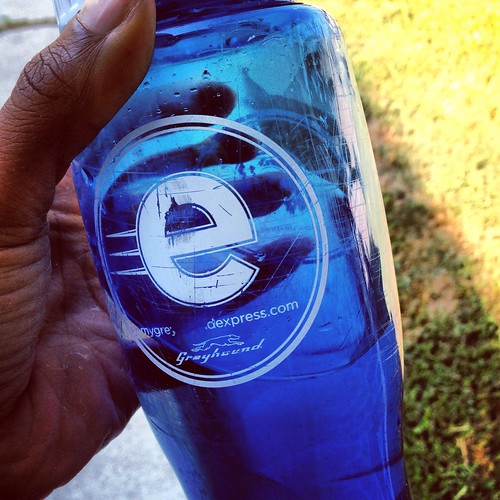 We also went on a bike ride on Thursday morning, but we didn’t take any pictures of that. I really wanted to ride my bike and Willie has never rode his bike before. Willie’s normal bike couldn’t hang with my road bike so he bailed out after mile 3.5ish and I continued on. Let me tell you, I love that bike! I didn’t want to get off that bike and the only reason I was I know Willie was waiting in the car. Considering I needed to clear my head, it was a great way to work out some frustration. But my stupid water bottle kept flying off my bike. I wasn’t happy. The final time it flew off, I was just going to leave it there. A half a mile later, I turned back because I realized I put a NUUN tablet in there and I didn’t want to not drink it. I love NUUN! My bottle was tore up by the time I made it back, but it was free.  Later that night, Willie melted the bottle in the dishwasher.  The bottle was meant to die.  I got it at the RnR San Diego Expo so I know I’ll be getting more. 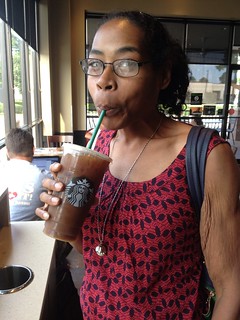 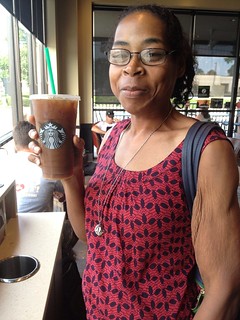 I got a free drink from Starbucks on my birthday! I went to get an iced coffee. I’m currently obsessed with iced coffee because I can’t get just plain iced tea at Starbucks that is calorie free. I’m a serious tea drinker. Correction: I’m a serious HOT tea drinker but I can’t do all that right now when it’s 100+ degrees outside. I will settle for the iced coffee and I bring my own almond milk to add. And you know what I just found out? You get free refills on iced coffee. The people at Starbucks might want to kick me out after awhile!

How did you celebrate the 4th of July?  And are you a coffee or tea drinker?