I received a Tour Pass to run the Rock n Roll Marathon series races this year.  The races may be free, but my opinions are my own.

I am catching up on my race recaps.  I am starting with Rock n Roll Denver 5K and Half Marathon.  I had such a great time running this race.  I have run this race a few years back but I don’t think I took time to really enjoy the experience.  This time around, I was all about having a good time and just looking around. 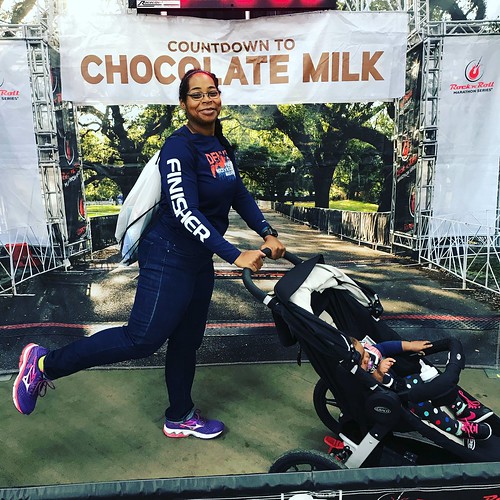 I did have a remix weekend of running the two days.  I did the 5K on Saturday and the half marathon on Sunday. Two races and three medals were the bling I took home for the weekend.  My first stop for race weekend was the expo to pick up my race day packet and get some merch.  The expo was a little small but I got what I needed.  We didn’t really spend that much time there because like I said it was small.

The 5K on Saturday started at 9 am in downtown Denver at Civic Center Park.  It was nice to have the race start so late.  There was no waking up super early and it was just very easy that morning.  The weather was cool, but it was a nice change from the Texas weather. 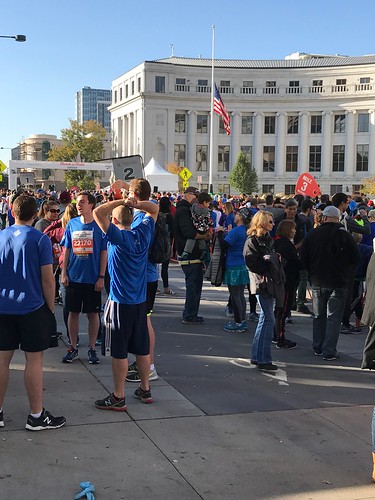 There was a nice size crowd of people running the 5K that morning.  Everyone seemed really excited to be there.  My running had been put on hold due to Hurricane Harvey and the aftermath so I just wanted to have a good time.  The goal was just to run. 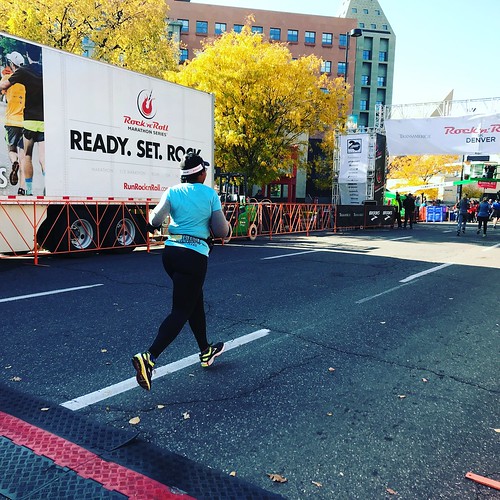 I enjoyed running through the downtown tree line neighborhoods.  The route was hilly which didn’t give me hope for the half, but I had a great time running this beautiful course.  This was one of the best Rock n Roll 5K courses that I’ve run this year. 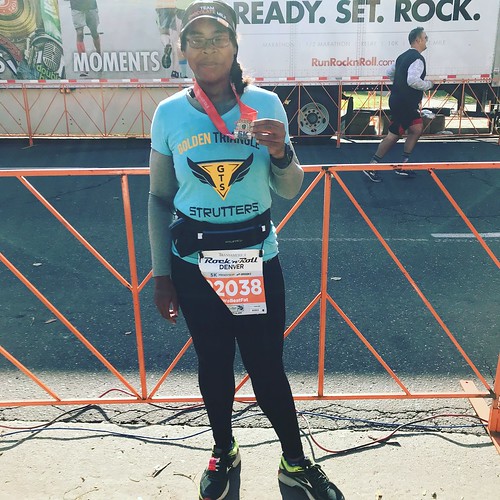 I finished the 5K in 39:40 which was a surprise to me because I did it faster than I thought I would. Getting back into this running thing has been humbling so any amount of progress is welcome. My goal was the have fun and not freeze my tush off. I didn’t even check my time until long after the race and was greatly surprised. 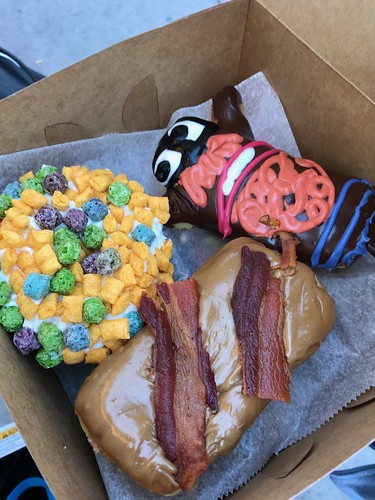 The rest of the day was spent exploring Denver. I may have walked 3 miles round trip for some Voodoo Donuts.  Remember, it’s about balance.  But it’s not like I can eat Voodoo Donuts every day. 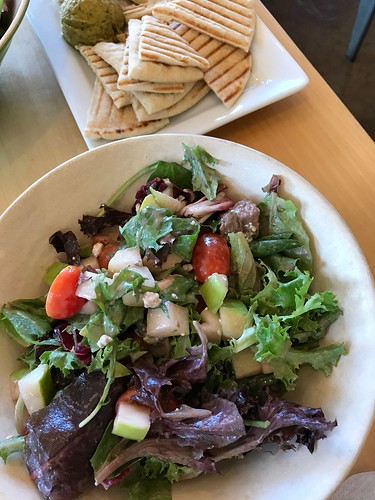 I also had a salad from Mad Greens, which is one of my favorite restaurants, EVER.  But honestly, I just wanted to rest up for the next day and enjoy some time with Baby G.  The half marathon recap is next.