It’s been awhile since I ran this race but when I got back from St. Louis, I got sick and then I was on to Washington DC for Marine Corp. I’m usually really good about doing the race recaps on time but this time I failed.

Willie and I ventured to St. Louis just to run this race. That’s probably not very shocking to hear. The race started at 8AM so we had plenty of time to get to the race. The weather was cooler than what we were use to but that’s wasn’t a big deal. We left the hotel and walked to the starting line which was half a mile or so. 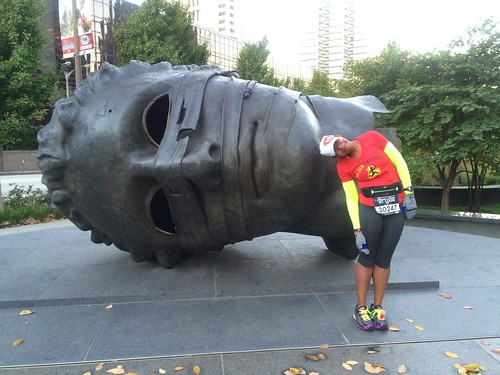 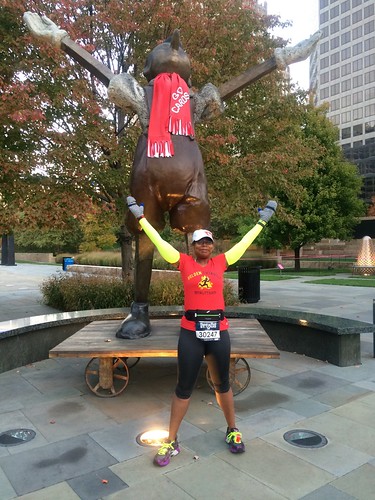 We were passing by so many fun things I couldn’t resist. I had to take pictures with some of these things. Willie thought it was funny. He also thought it was funny I was in rush to get to the race. I used to be super serious about races which kind of ruined the fun for me. I’ve been going to a lot of races by myself so Willie hasn’t really been able to see how chill I’ve gotten about it until now. There were plenty of pictures to take a long the way. 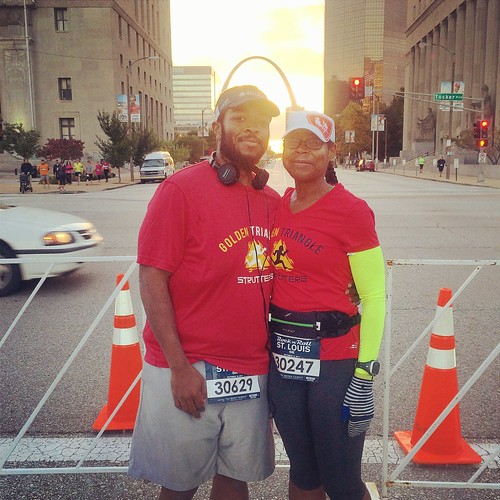 We finally made it to the race start but we still had a lot of time to burn. Rock n Roll has started these new weekend runs with races on both Saturday and Sunday. This was my first time doing the remix challenge. We were both excited because we would get an extra medal. Little did we know, we could have done the 5K + half marathon on Sunday too to get another medal. We totally would have done that if we had known that was an option. 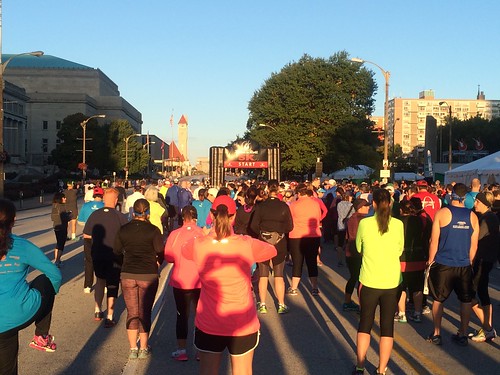 The race started on time and there were no corrals. You kind of just got in where you fit in and we were off. I’ve never been to St. Louis and I knew nothing about the terrain. I knew I was kind of itching to do well at the race where Willie was going more laid back. The three-mile race was a good preview for the next day. What I learned fro this race? There were lots of steady climbs, which I wasn’t expecting but I was able to run them. The weather was right and I was feeling really good. The miles just ticked away and then I was finished. 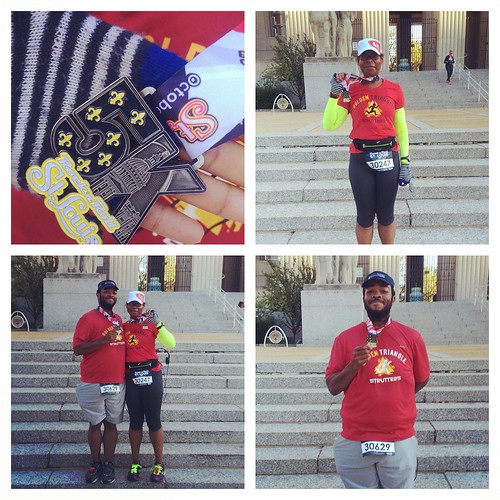 I finished the race in 29:06, a PR for me. I probably shouldn’t have stopped at that water stop because I would have finished in less than 29 minutes, which would have been amazing. I was just really excited to get a PR. It just makes you feel good sometimes and I was in need of a pick me up because my marathons haven’t been going the way I thought they should be going. I finished 19 out of 124 in my age group, which was pretty cool.

Willie finished the race in 36:00. He did really well which left him positive for the race the next day!