Hi my name is Angela and I used to fat! 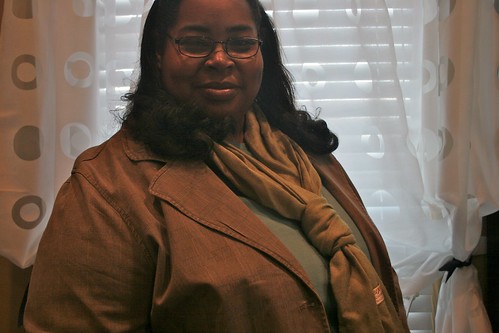 I think I put people off by using the word “fat.”  It doesn’t bother me and it never really did unless my grandmother was calling me fat and I think that was because of the tone she used.  Sometimes I see people wince when I tell them the name of the blog or even when I talk in casual conversations and I use the word fat to describe myself.  People just aren’t comfortable with the word.

: having a full, rounded form

I use to be fat and I can’t change that. I had a lot of extra flesh on my body and had a lot of body fat. I was also obese, round and pump along with being unusually wide or thick. That is why people would look at me funny, but I was never moo’ed at to my face. This is a lose/lose situation because I got funny looks when I was overweight and now I get funny looks because I use the word fat.

Does it make it any better when I use the words overweight or obese? Those are the PC terms but I was obese. Using the word obese just seems so much worse to me but that’s just my opinion. The word fat just rolls out of my mouth and I keep going.  Maybe people find the word “fat” so jarring because it’s always used in a negative connotation or the word just isn’t pretty.  Obese sounds so intelligent but it’s just making someone feel bad about themselves but with a nicer word.

I use the word “fat” to describe myself but I it’s me who I’m talking about.  When I talk about my experiences I use fat because that’s a word that I’ve become comfortable with describing our situation. I was a fat girl and will struggle with fat girl “issues” for the rest of my life so I’m comfortable with the word.

Do words really matter? Yes and no. I knew I was fat and I definitely knew I had food issues, but those were my own issues. I didn’t want anyone calling me overweight/obese/fat but I could call my own self that without any problems. It was kind of like I was admitting to myself I had the problem but I didn’t want the outside world to acknowledge or even THINK it was a problem. My issues are my own and not really for other people to comment on. In the real world I wanted to be treated like everyone else without the stigma attached to those words. I wanted to be known as hard working, determining, smart and intelligent but all the world really saw was a “fat” girl. The word didn’t matter when I was talking to myself or with a close group of my friends, but the word DID matter when others were talking to me. No one really wants to be labeled and the those words coming from others usually came with a tone of judgement or ridicule.

I use the word to “fat” to describe the person that I use to be and the person I am still on the inside (sometimes), but that is my chosen word for myself and not for another person to use against me. Can you see the difference? To me, fat will never be used against another person because we all have issues. You issue may not be food but there is always something else.

What’s a label/word that you use with yourself but it’s not OK for other people to use to describe you?