Winning isn’t everything and being the best isn’t all that.  Keep that in mind as you go through life.  It’s great to come in on top and it’s great to highly successful but that isn’t going to happen every time you do try something. 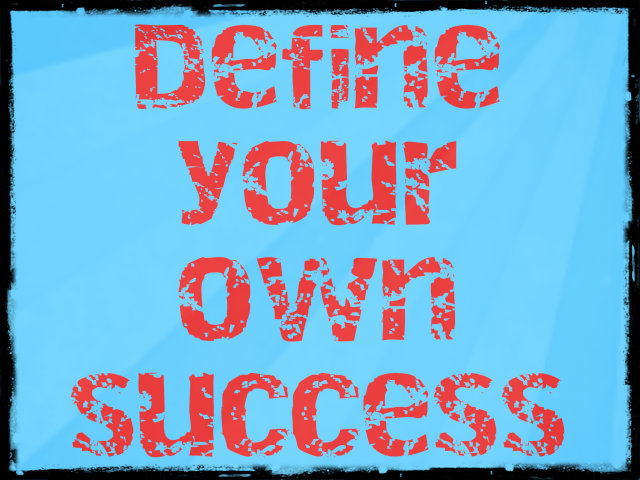 The thing to remember is there is more than one way to get to the finish line.  Sometimes, it’s the direct route that may not be as challenging.  Other times, it could be the winding road that takes you out in the middle of no where and when you think you’re lost, the end suddenly appears.  Sometimes you’ll come across that line feeling high and mighty and others you’ll just shuffle through.

Don’t be confused, I’m not talking about running a race.  I’m simply using it as a way to express my point that finishing is better than not starting or quitting.  Even heroes have bad days so don’t expect to be the best at every time.

I get frequent e-mails about staying with a diet or workout routine and not being the best at it.  We weren’t all designed to be the best.  We all excel in different areas in life.  The greatest reward is finishing something you had to work hard to achieve.  Success is personal and singular.

Success shouldn’t be measured by the people around you or standards other people in different situations have set. Success is what you make of it and a definition is your own. Don’t let the world’s perception of something change how you measure yourself or your level of success.  Most importantly, don’t worry about what others deem a success.  You don’t always have to be the best at something, but you will never know until you try…and maybe falter but try again.

The only person in the world you need to impress is yourself.