Sunday I ran the Texas 10 Series race in Huntsville, TX. This was the first time I’ve ever run one of these events. Huntsville isn’t too far from our house so we were able to drive there early in the morning and make it back for the other things that needed to get done that day. It was an early morning because he had to wake up at 3am to make sure we left the house by 4am and arrived by 6am. 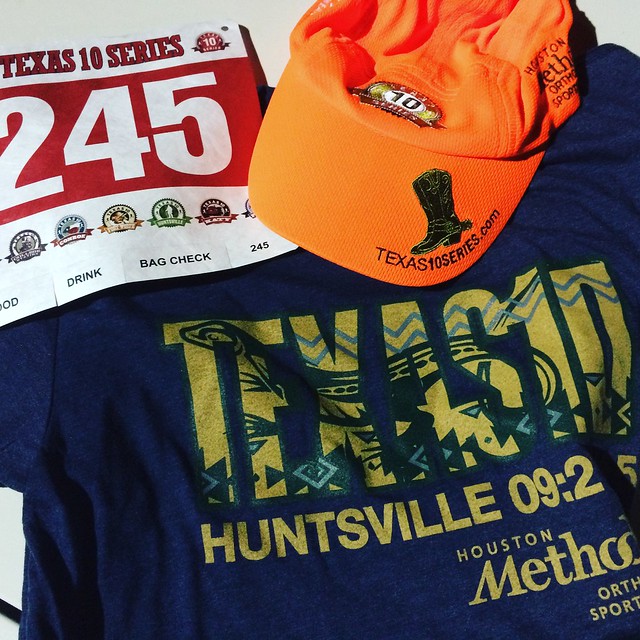 I picked up my packet race morning. It is really nice to be able to do so. There was the normal stuff but I also got a hat because I registered for it so early. I registered for this back in April when they had bonanza pricing and I got it for $20. The shirt was really nice and the hat was pretty cool too. 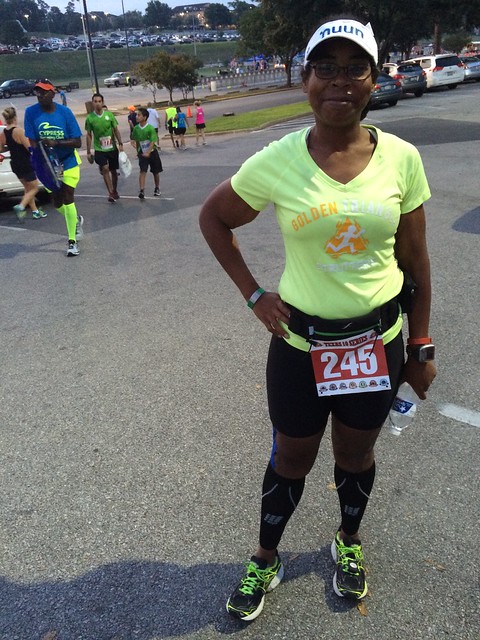 Race start was 7:30 am. The race was either one loop of 5 miles or two loops of 10. I was running the 10 mile because I was using it as a Chicago Marathon training run. The weather was really nice with a breeze in the air which is totally welcome with all the heat we’re having. This was probably as close to fall as we get in these parts. I think there were about 700 runners in the race.

I was warned by many people at the start this was going to be a hilly race. I never really thought about it being hilly. I’ve NEVER run a road race in Huntsville, but I’ve done plenty of trail races. And yes, it was hilly. In fact, is started off on a hill but it was manageable. I can handle the steady shallow hill climb but an abrupt change in elevation is something I’m not use to and not trained for.

There were some tougher parts of the race due to hills but when I needed to walk up a hill I did it. I didn’t want to shoot my heart rate up where it would exhaust me to the point I couldn’t run when I could. 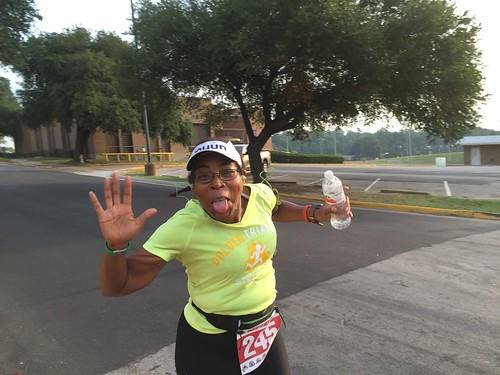 I’ve been suffering a bit more this year with the humidity. It’s just been harder for me to breathe and it has slowed me down a bit. I had to be mindful of this on the second loop when the sun was starting to come up and the air got a little thicker. This was in no way horrible humidity but it was present.

I noticed on the first loop that my watch wasn’t hitting the mile markers toward the end. It would be kind of off and I thought my watch was acting up. Things were taking me longer than I expected which kind of got in my head a little bit. The course was marked incorrectly. I thought it but it was confirmed to me in the end when another runner mentioned we hit 10 miles almost half a mile before the finish. 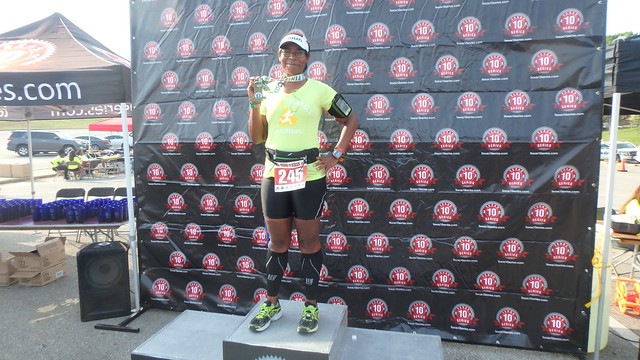 The Texas 10 turned out to be the Texas 10.5 miles. This didn’t really bother me. I’m just glad I knew that was the case at the end. I finished in 1:54:32. It’s not my fastest 10 mile race but this was the hilliest and it was 10.5 miles which would take a bit off the time so that’s pretty much close to my normal time even with the hills (if the course would have been marked accurately).

The food situation after the race wasn’t my type of thing. There was kolaches with ham and cheese or sausage and cheese. I passed on those and just ate a banana.

All in all this was a great race so let me break it down for you. 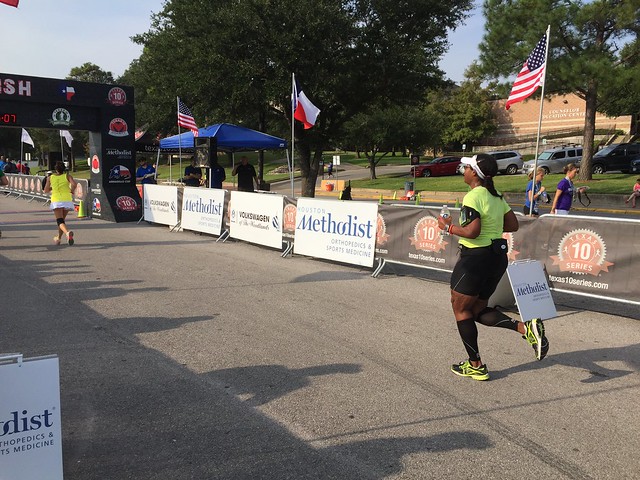 Verdict: I really enjoyed it and now I’m thinking about signing up the Texas 10 Katy on November 1, 2015. I think it should be another great event. 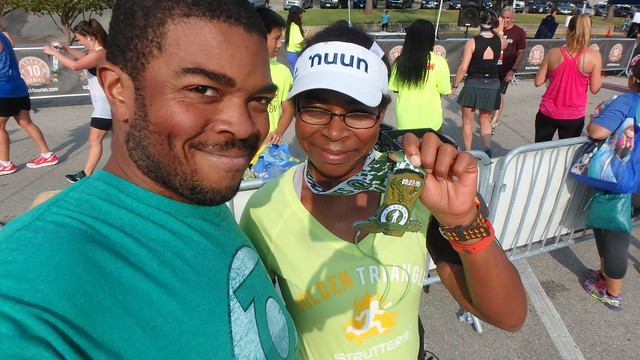 Big thanks to my husband for doing all the driving on scary two lane highways to get me there on time and back home safely in some horrible weather.

Do you care if race courses on inaccurate?