Spoiler alert: This is going to be my recap of the Plano Balloon Festival Half Marathon by Advil.  This year was different because there was a 5K and 1K on Saturday and the half marathon on Sunday.  I am really bummed that I didn’t run the 5K on Saturday because it looked like a great time. 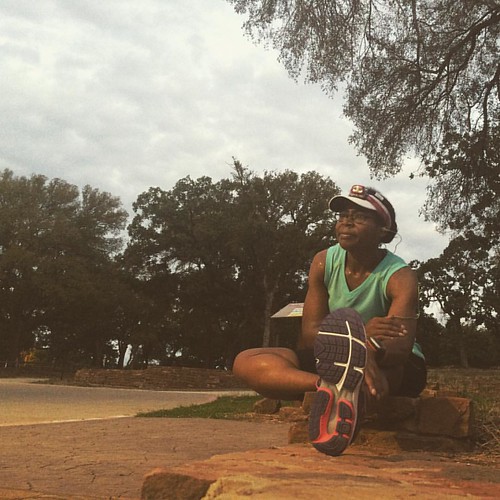 This past weekend was meant for my 20 miler so I decided to split up my run.  Not ideal but it was what would work for me. I needed to run at least 7 miles on Saturday morning so a 5K wasn’t going to cut it. But I was bummed.  Next year I will run it. Plus, the 5K sold out before I could register. 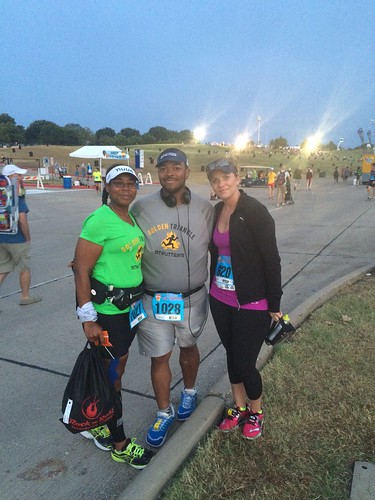 The half marathon was on Sunday morning and there were more people from my running group there this year. It’s always great to see familiar faces at races.  The race started at 7:30 am and went much smoother than last year.  Parking wasn’t a problem like last year (but we arrived super early) and the race started on time.  Already winning compared to the previous year.

This was the 5th year for the actual running part of the balloon festival!  Willie and I lined up at the start and I looked over and spotted the medal. I was surprised at how big that sucker was but more on that later.  I was disappointed the balloon launch was delayed until 7:45 because I love doing this race to see the balloons. 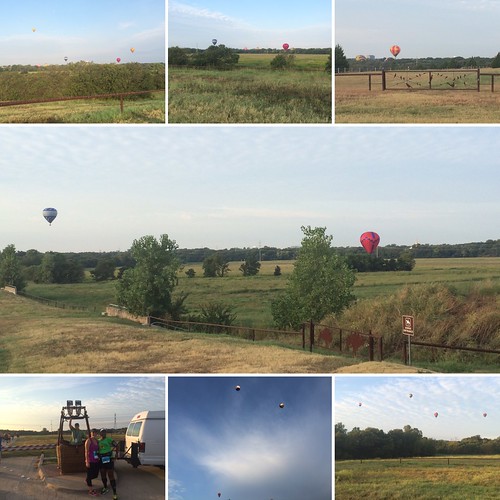 The weather was decent.  It was still hot but the humidity wasn’t turned up to 100%.  It started off smoothly and we were off.  There wasn’t that much to say about the actual course.  It was a mixture of running through some neighborhoods and some parks.  I liked the park sections best because it was shaded and there was pretty stuff to look at.

I do have to mention the aid stations were always ready and you didn’t have to wait.  And there was Go Go Squeeze on course. Yes, people always say don’t try anything new on race day but I thought there’s no way applesauce would wreck my body more than a gel. It was delicious.  I wish I would have stopped to take a picture but I didn’t.  I wasn’t so much time at the beginning of the race taking pictures and video in the first three miles that I was really just focused on running it in the end. 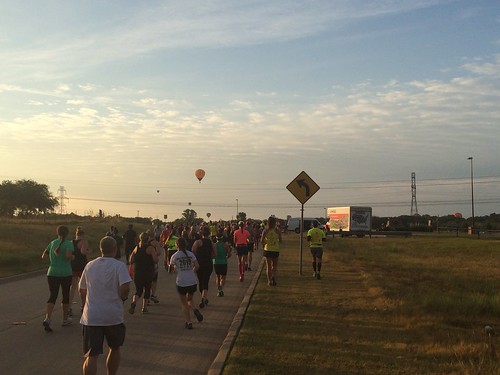 I didn’t really spend any time struggling.  I didn’t have any aches or pains.  I didn’t have moments when I was over it.  It was just a good time.  I had a smile on my face and that’s all that matters. 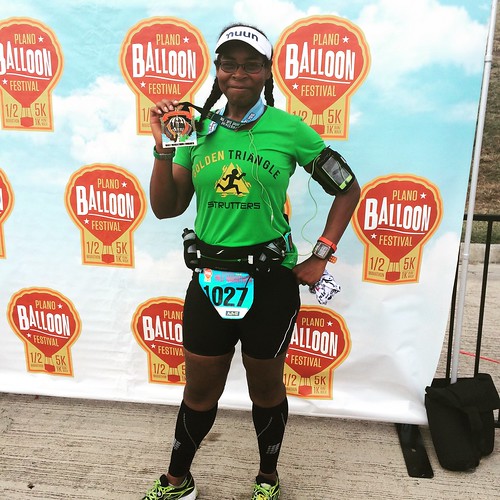 I finished in 2:34:54 and I know I wasted a good 10 minutes on taking pictures and video.  Some races aren’t about time; it’s about the experience and I was just having some fun. Last year I ran it in 2:28 and didn’t spend that much time taking pictures so I’m pleased with my time.  Not my fastest half marathon and I wasn’t pushing for that.

All in all, I thought the race was well organized and fun, especially since is started to get warm at the end. It was just a good time and a great training run for me. 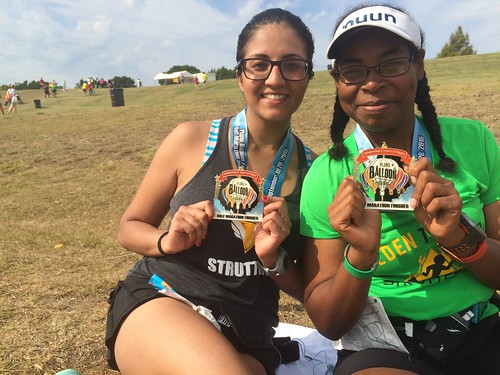 Shout out to Ana for running her first half marathon.  This wasn’t the easiest course to run because it was hot and hilly in some spots.  She did great though. 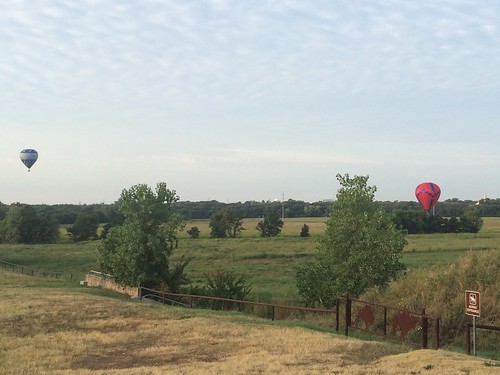 I’m basically pulling at straws to give you some negatives about the race.  It was pretty fun and well organized.  It’s really worth the money!

Verdict:
We are already talking about doing the race again next year. 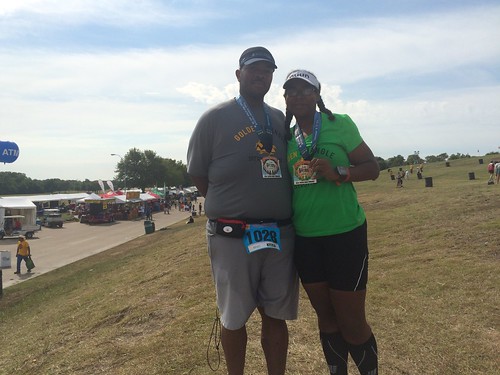 Thank you to the Plano Balloon Festival for providing us with two entries for the race. The race may have been free BUT this in my honest opinion about the race.

BTW: Thanks everyone who read the previous years recap and told me thank you on the course.  That was totally unexpected to have five people say something to me.