Memorial Day weekend was pretty eventful.  I got to spend time with family and my best friends.  I also spent a lot of time running.

This past weekend was the Daises and Dragons Duathlon for the kids.  I don’t have a kid so I like to borrow kids!  This time I recruited my niece and nephew.  It was so cute watching the kids race and the pure joy on their face.  It was amazing!  Kids see the world differently than we do and it was nice to see it through their eyes for a little while.  It was so much fun.  It was a great start to the weekend. 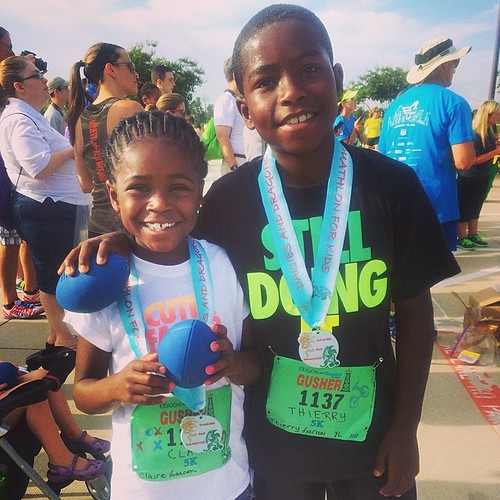 They had a lot of fun and they finished at the top of the group which they were super excited for. When it was over, I took them for pancakes. We have to keep the post-race traditions alive with the youngsters.

That course was serious business but all the kids handled it like a champ and had fun doing it!

This was an important event for me for them because this was the first chance we were able to do something like this together. Old Aunt Angela was too big to move around comfortable and ate really poorly. They saw it but they also saw the change which is the important part now! They see change can happen by making healthy choices everyday. I wanted them to kind of see that I did this for myself but I did this for them too so we can have many many years of playing together.

That was the first Saturday in a long time I didn’t work out. I felt like I had worked out chasing the kids around though. On Sunday, I went for a run. 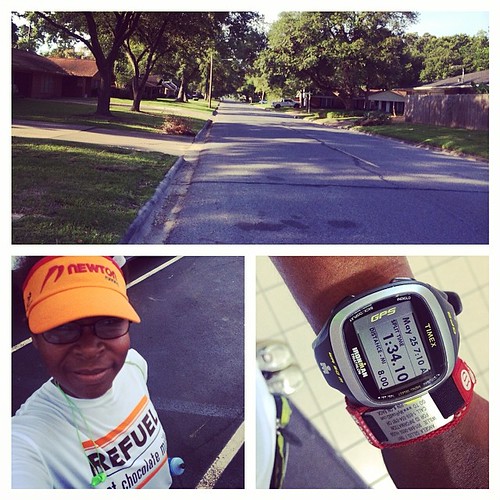 Thank goodness for shady streets because it was HOT and HUMID! I was begging for shade so I had to take a minute to take a picture. Eight sweaty miles on Sunday morning isn’t bad. That’s the only bad thing about summer; long runs become a little shorter. 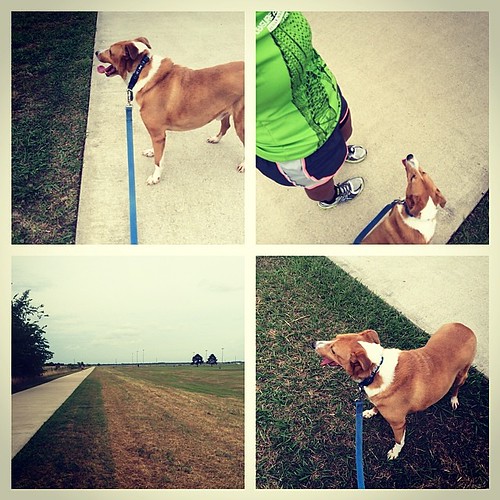 And then there was yesterday. Mondays are for easy runs. I decided to take my favorite pup out for a run. He’s good for a mile but he usually shuts down after that. I let him control the pace and when we walked and ran. Maybe I gave him a little bit too much control because when it was time to walk back to the car, he wasn’t having it. I think he was confused on where we were going and when the end would come.

It’s partly my fault because I tried to trick him into going longer, but he’s smarter than that. He just wasn’t smart enough to know we were heading back to the car.

We made it to 1.5 miles but that was the end. He wouldn’t budge. He planted those feet and he was going no where. I had to drag him. I let him rest. He wouldn’t go. I just needed him to get to the part he would know where he was but it was like murder getting him there.

Finally in a fit of rage, I dropped the lead and just starting walking. He watched me for a while but he finally started to follow behind me to the point he could see we were back to where we started. And then he had the nerve to want to run. I was so irritated by the point!

He’ll get there, but yesterday was no his day. I’m going to have to take him out more often so he doesn’t break down like that again and he knows that I mean serious business.