Why does fear always get in the way?  I’ve written many times about fear and how it stops me from trying new things or talking to some people.  Fear is a crazy thing that creeps into my head when I don’t want it there.  Remember being a child and having no fear?  Adult hood has really jaded me because it’s not really the fearful act that gets me; it’s the consequences if I fail.

I must always keep in mind that failures are not a bad thing.  Failures are learning experiences for the future. 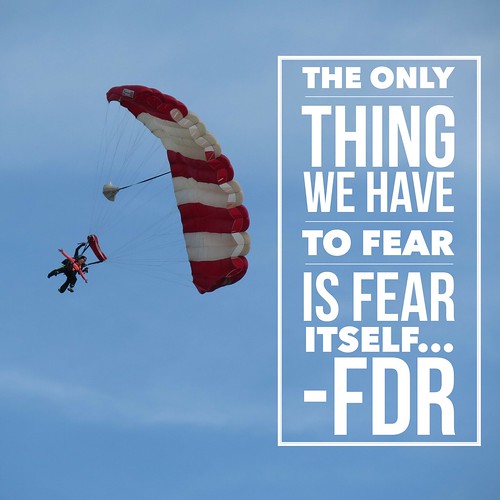 I’ve been trying something new lately.  I’ve been speaking my fears aloud.  I don’t know why but it helps.  I don’t know if it’s those thoughts being forced into reality or if it’s that I’m really admitting the fear to myself.  When the thought swirls around in my head, it seems a little less believable or tangible (maybe that isn’t the right word).  But when I say it, it becomes a truth.

And you know what?  Sometimes when I say it out loud, I realize sometimes it’s just ridiculous.  While other times, my fears actually big fears but are rooted in something else but that gives me a chance to really address the issues that lead to that one fear.

I remember being fearful about going to the gym at the beginning of the weight loss journey.  I thought everyone was going to be looking at me, judging me because I was overweight.  That was just silly.  If I would have said it out loud, maybe I would have realized that being afraid to go to the gym because I was obese was just a little off.  The gym was the place that was going to help me but my fear sometimes hurt me instead.  Before we started the “official” journey, there were many times I stopped myself from going to the gym for this reason.  At some point, I had realize I was greater than my fear.
I remember not wanting to take a cycle class because I feared people would see I my big butt in the seat. I feared I wouldn’t make it through the workout. It took three weeks for me to work up the courage to go. Maybe I had a fear of my big butt because I told myself I had to go to get healthier. I sat in the back. I kept a low profile but I really loved it. Fear hampered me for going to class for weeks but what if fear would have paralyzed my mind completely? I wouldn’t be a cycle instructor right now

Fear creeps in at the weirdest times.  In the April – May months, I feared I wouldn’t finish the races. I would think this but when I said it outloud, it flipped a switch in my brain.  Why wouldn’t I be able to finish it?  It was just a silly thought. 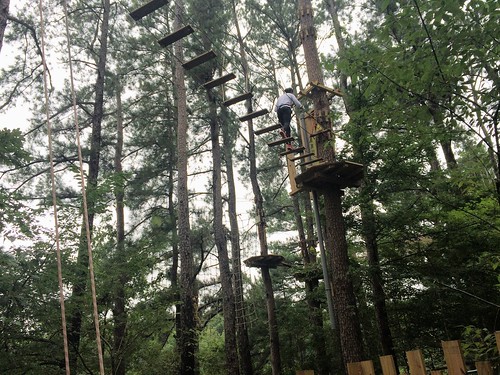 Zip lining over 4th of July was a big fear I had to overcome.  I told Willie several times, I would rather be running a marathon instead of climbing through those trees.  Doubt that I would be able to do it flashed through my mind at every step. I was afraid to begin. I was afraid to step off the platform. I even almost turned around at the start. I didn’t though. I kept going. There were different tracks you could take along the way and I always took the easy route. It was comfortable. I took the easy route until our last task, it was a fall and a swing and it was far and I feared the worst. But I just had to say out loud that I could do it. I closed my eyes and stepped off the platform. I’m glad I did too because it’s the thing I remember most about the experience. Fear did not rule me on that day.

Speak your fears out loud. Listen to yourself. Admit those fears to yourself and take the first steps. Fear is trapped inside of us so set it free so you’re free to live.

What is a fear you need to say out loud?