Sunday morning was the day to run long! This was a taper run for me because I planned on running the Marine Corp Marathon the following week. This was also a training run for Willie who is training for his first marathon in December. It was meant to be fun. My attitude for this race was very different from the day before. The day before I was excited and ready to tackle the task. I woke up on Sunday and I wasn’t feeling it. Probably because it was a tad bit cooler than the day before. I don’t know what it is, but my body doesn’t handle the cold weather very well. That makes for some very scary running situations for me. 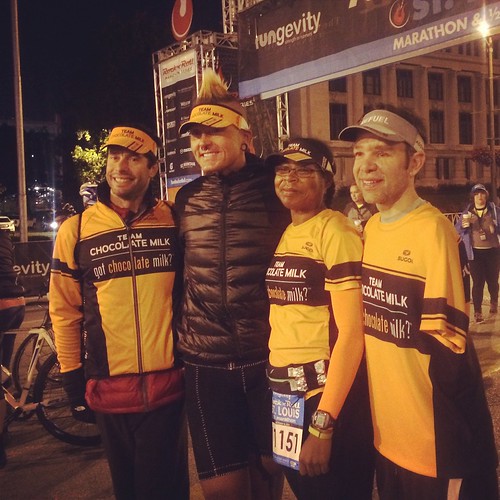 The first order of business was to meet up with my Team Chocolate Milk teammates. This was a new bunch of teammates for me so I was excited to meet them. I only already knew one person so that’s always exciting to meet new people. Did I mention it was cold? This is probably the reason I got sick. 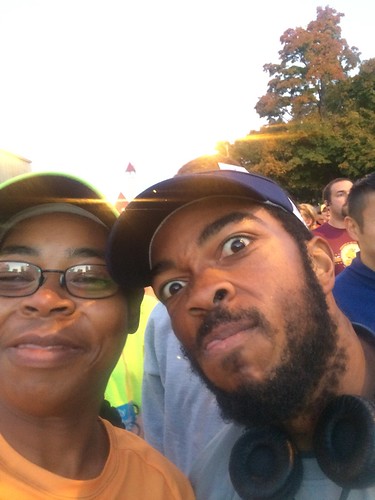 I was assigned to corral #11 so Willie decided to start with me. The RnR corrals are always packed and sometimes it takes 15 minutes to make it to the actual start line. Willie thought it would be best if we started together even though we wouldn’t stay together during the race. 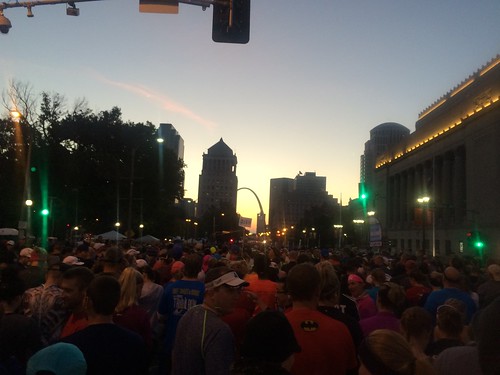 I really enjoyed this race. Willie and I watched Welcome to Sweetie Pies on OWN and that’s pretty much all we knew about St. Louis…and the arch! I love running races in new cities because you really get the grand tour. Willie and I were kind of limited to exploring the city because we relied on public transportation aka the metro, no buses. So running the city really showed up a lot of places we hadn’t seen. 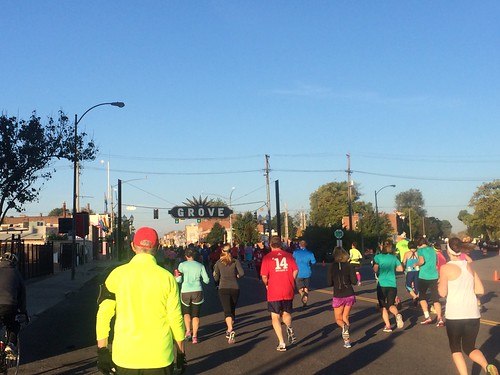 My favorite part was running through The Grove and I spotted Sweetie Pies on the corner (but I didn’t stop for a picture because I messed around for a while getting the picture of the Grove sign). And I really enjoyed running through the Shaw neighborhood. It was just really pretty but still urban. I really loved it. 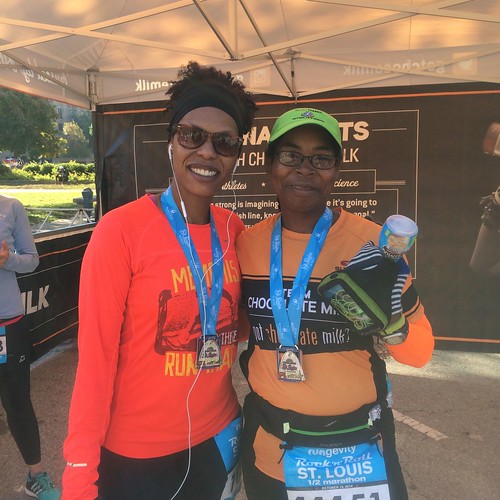 There were still the steady climbs but everything was manageable. Despite not feeling like running, I was running a great race even with all the stopping I was doing. I even took the time to talk to one of Willie’s old friends from his childhood. Tiffany kind of ran up on me but I knew who she was immediately from her comments on the page. It’s always great to meet new people. At the end of the race, we took a picture together. She did great in the race too!

The weather was perfect for running so I had no complaints. I crossed the finish line with another PR for the weekend. I finished the half marathon in 2:11:03, 9:59 pace! That’s about a minute faster than my previous PR, which I hit at RnR Dallas in March! These Rock n Roll races just might be my jam! 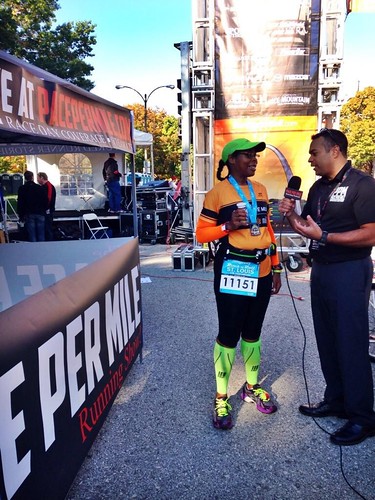 When I was done, I enjoyed some good low fat chocolate milk for my recovery! And then I was asked to do the Pace Per Mile video podcast! The guy who won the marathon came in 5 minutes after I crossed the finish line for my half marathon. How crazy is that? They interviewed him first and then they interviewed me. I was very honored to be able to do the podcast. It’s always great to be able to share our story and motivate others. 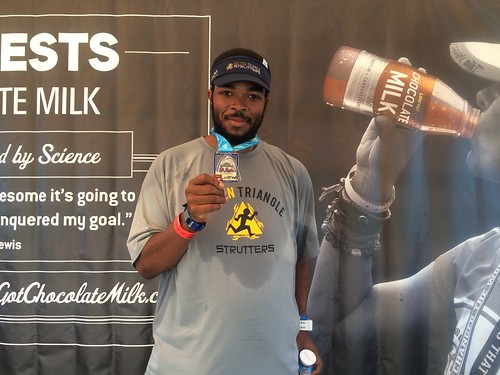 Willie finished his half marathon in 2:57:34. After we were done, we headed back to the hotel to chill out for a few minutes and pack because our flight was leaving that night. We ended up walking around the city for the rest of the afternoon. I think the weekend was a success.