This morning started off very early for me.  It’s the day in every marathon training plan people look at and think…”20 miles is a long way to go without someone cheering you on.”  Well today was my day.  Honestly, I was skeptical about completing all 20 miles in the Texas heat and humidity but I was going to give it a try. I have a couple of marathons coming up and the first one is Revel Rockies Denver.  I’m trying to run myself back into shape. 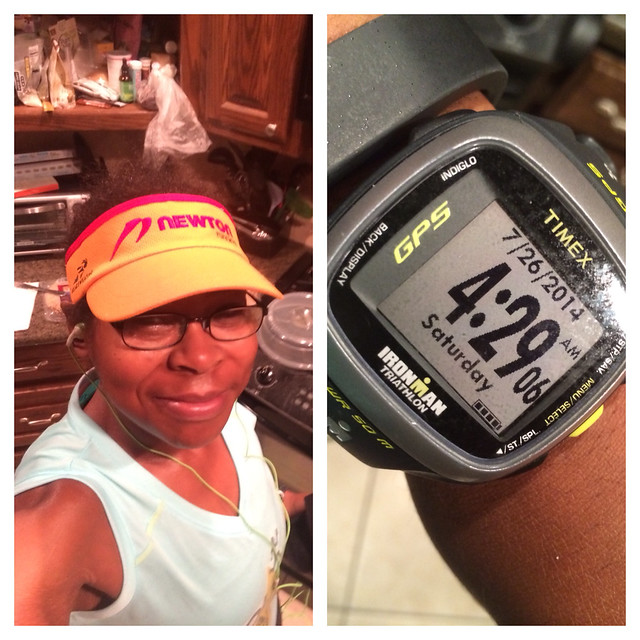 I planned on being out of the door at 4am, but that didn’t happen. I was still tired so a slept a bit more and then I was slow moving. I think the slow moving part happened because I was skeptical about running those miles. I decided I would do the miles in my neighborhood which meant I would probably have to make 17 loops. I thought this was a good idea so I could stay close to home and get my water without having to carry it with me. When I started running, it was already 77 degrees. 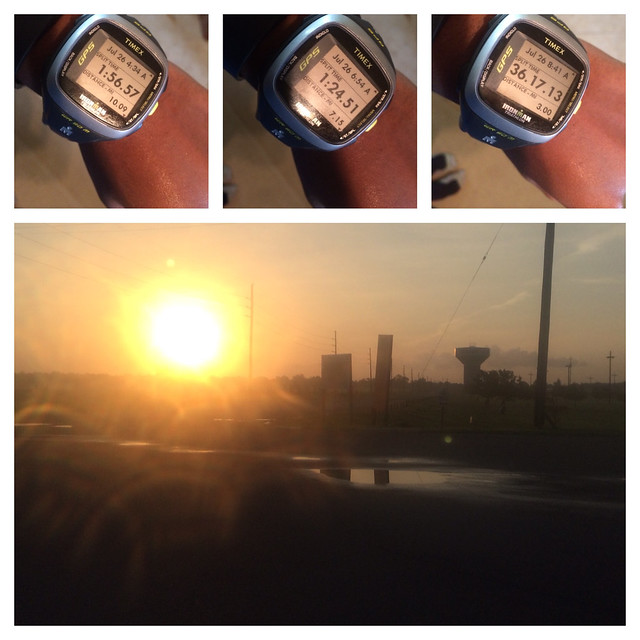 That was a great idea until the sun came up and I decided I needed a change in venue. So I drove to the local trail to run which was a good idea until the sun started peaking through and ruined my run. I made it about 7 miles before I decided I needed to finish the run in the shade. At this point I was already thinking I’ve done 17 miles so I could stop and call it day. But I pressed on.

I pressed on because lately I’ve been lacking that mental toughness. It’s been easy for me to just quit or sit down and that’s really just not who I was. Willie told me that he thinks I just needed a reboot and I think he was right. I did A LOT of marathon running at the front half of the year and it takes a toll on you. And then the heat set in and I really wasn’t interested in running long miles so I became complacent. TODAY was the day I was going to work through it. I wanted to stop many times because it was too hot but I knew that was wrong. As long as I followed the hot running rules of hydration, taking a slower pace and taking rest breaks, I knew I could and would conquer this 20 mile run. I needed to finish the run. 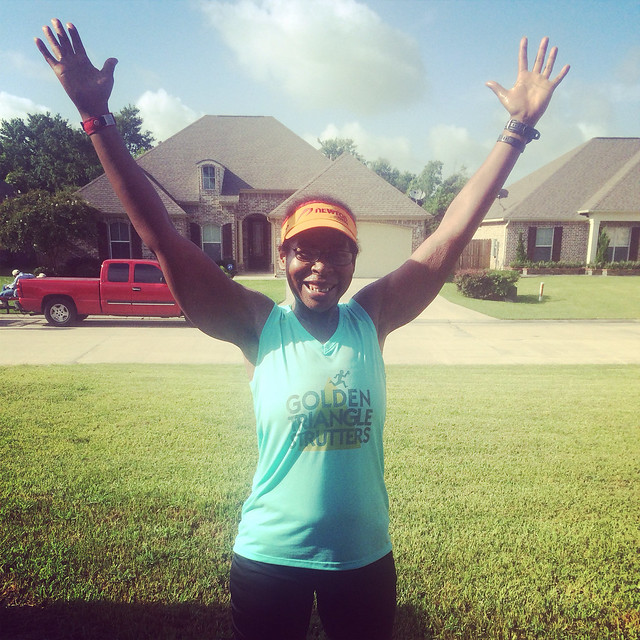 I was so happy when I finished! It felt good. I felt accomplished. I didn’t give up and I didn’t give in. I pushed through. It takes me back in time where I knew I could beat anything. I think I arrived back at that place this morning; running in the heat. When I finished it was 84 degrees and the humidity was KICKING. 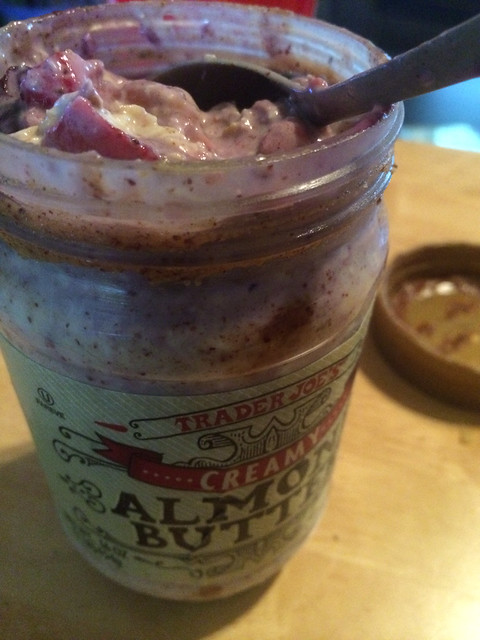 Long runs mean overnight oats in peanut butter jars. I was excited for this at the end. 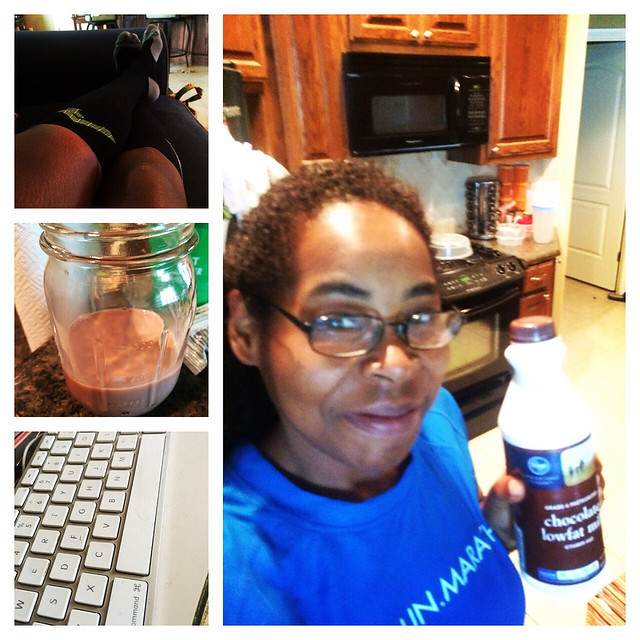 Let’s just say I’m enjoying the recovery. I’ve got my Pro Compression marathon socks, a nice glass of lowfat chocolate milk and now I’m blogging. Today is going to be a great day. 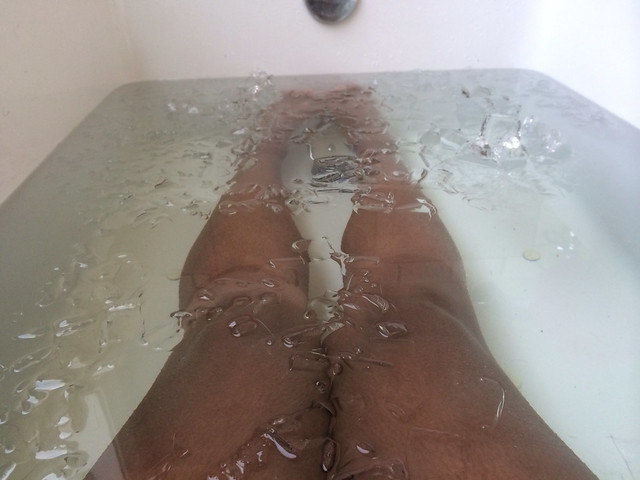 Oh, I forgot about the ice bath. I haven’t done one in a long time but I knew it was going to be needed today. I think Willie enjoys dumping the bags of ice in the tub and watching me cringe.

It’s almost noon, what have you done today? What do you have planned?