It’s an exciting weekend and a much deserved break, I guess.  I’m heading to Dallas to run Rock n Roll Dallas with my buddies and to represent Team Chocolate Milk! 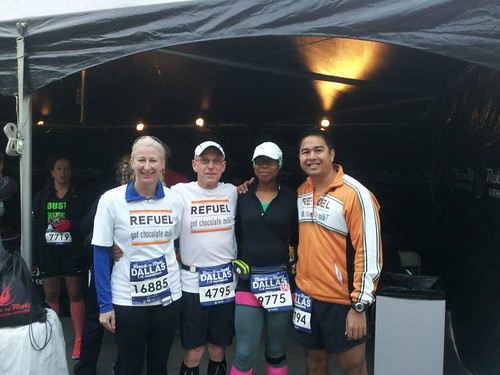 Last year, Rock n Roll Dallas was my first Rock n Roll and probably the race that awakened the running beast in me!  Also, it kind of fueled my NEED to want to be on Team Refuel (aka TEAM CHOCOLATE MILK)!  I meet so many great people and the group was so welcoming, I knew I had to be on the team.  Plus, that was really the first time I’d ever refueled with lowfat chocolate milk after a race.  I was sold, especially after seeing how I was able to pick up and run the next day after the race.

Lowfat chocolate milk naturally provides the electrolytes found in commercial sport drinks!  It’s got the perfect carb to protein ratio to help rebuild your body after a long hard workout!  And it doesn’t hurt it tastes good too!  When I started my weight loss journey, chocolate was something I did give up but now it’s great to have it and not worry about it.  It’s all about recovery people! 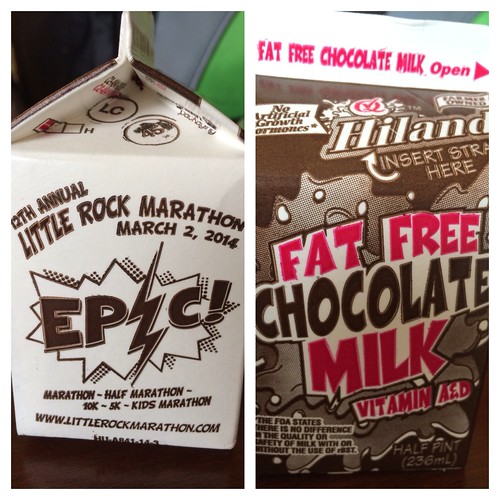 So how do I take my chocolate milk? 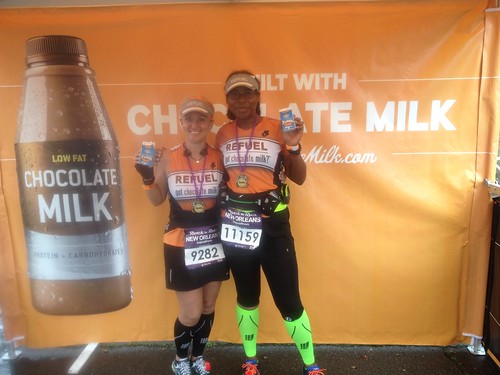 Solo is cool too!

Mixed with my iced coffee after a run isn’t so bad either! 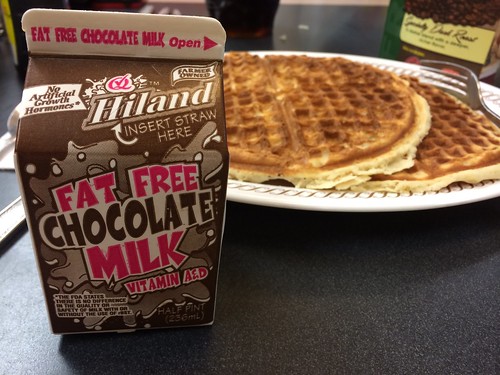 I especially love low fat chocolate milk with pancakes or waffles after a marathon!

If you know anything, at least you know I’m built with chocolate milk!  FYI: I don’t promote stuff I don’t use myself so never get that twisted.  I try to stay as real and honest here so don’t think I’m just spitting out my lines at you because I’m not!

This weekend I’ll be running the half marathon in Dallas with my friends.  IF you see me say hello!  I’m hoping to have  repeat of last year where I PRed.  I haven’t PRed in such a long time so it would be nice.  So my main goal is to PR, followed by having fun with everyone! My C goal is to not spend a lot of money at the expo!  I plan on only buying the things I need but when I’m there I suddenly need a lot of things!

What are your plans for the weekend?