It’s been an eventful weekend but not in the way I planned.  Willie has been sick since Thursday night around midnight.  He never complains and he hates missing work but I knew something was up with him when he passed on two of his favorite meals.  Burger and pizza night were definitely a no go this week.  He’s been sleeping it off and I haven’t been able to spend much time with him because he’s been sleep.  On Friday night, he slept, I was bored so I watched Christmas movies on Lifetime.  It wasn’t so bad.  I actually liked the movie on Friday night.

I have a confession to make though.  I totally bailed on my Friday workout.  It had been a long day working and trying to get Willie into a doctor that wouldn’t cost an arm and leg.  By the time I made it to workout time I wasn’t feeling it.  I wanted to go to 4:30pm spin but I missed it be a couple of minutes so I was kind of forced to make something else work.  It was raining and I drove to the gym, I got on the treadmill and five minutes later I left.  I just wasn’t feeling the workout. 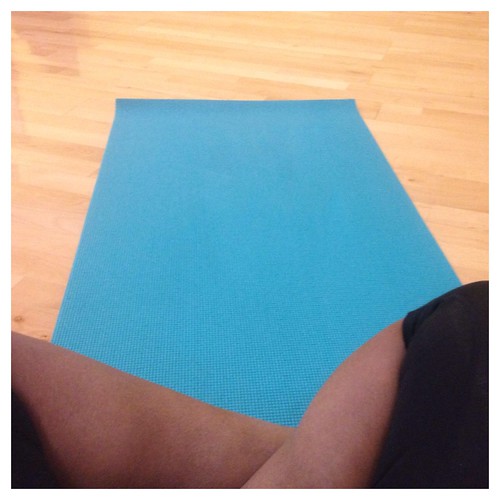 On Saturday I was determined to get up and do something.  I woke up late so I missed my early run but I went to Centergy.  I really need the stretch because I’ve been really tight in my hips, hammies and calves since the run last weekend. 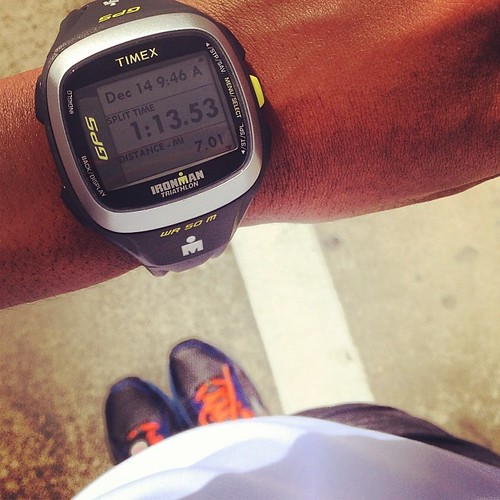 After I left class, I was feeling good so I thought I would run 3 miles and go on about my day.  I figured 3 miles would be good enough time for Willie to sleep before he wanted to eat, but he told me to run until I was done.  While I was out running, I ran into some friends who had already walked/ran 5 miles and I didn’t think I could do 5 like them.  I’ve been seriously worried about my knees since running the 26.2.  But my friends inspired me to do more.  So 3 miles turned into 7 and I made myself stop running because I’m still supposed to be taking it easy. Pace wasn’t too bad either, 10:33 or something close to it. I hate how on my review screen it doesn’t show my pace with time and miles. New watch, so I have to get use to the new things. 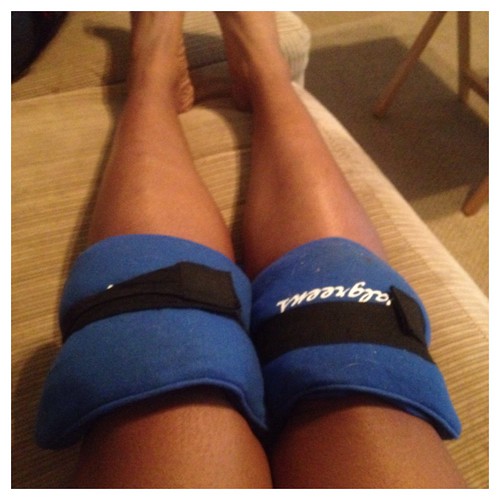 I had to come home to ice those knees though. After my runs I’ve been walking around like a 90 year woman. It always feels better after the ice though and some chocolate milk.

After that I had to take care of Willie and get ready for the ugly sweater party. I wasn’t sure if I was going to go because this was something Willie and I were both looking forward to doing together. But he told me to go on because he was just going to sleep anyway. He didn’t think it would make sense for me to sit around and watch movies while he slept if I could go out. 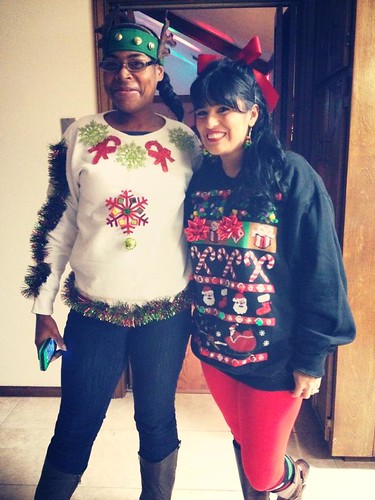 I made my sweater but I ran out of time so I didn’t make it ugly enough. I kind of wish I didn’t wait until the last minute to do it. Don’t get me wrong, the sweater was UGLY but I wanted it to be UGLIER! Next year I’ll be ready. 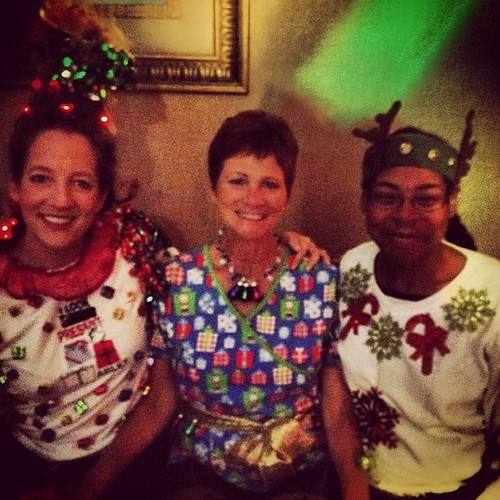 As you can tell, some people went all out! My friends are great!

And then this morning my body woke me up around 6:00 am and I thought it was telling me something.  I thought it was telling me I need to go run with the running group.  So I got up to run.  I really was going to do like 5 or so since I ran yesterday and I’m trying to ease back, but running friends are dangerous.  They push you past what you think is possible…and they do it fast. I ran some good miles this morning with friends and I’m glad I did. Kind of makes me wish I didn’t run yesterday because I would have ran more today. But a total of 15 for Saturday and Sunday isn’t bad. I’ve got a fun race next weekend so I have to keep it rolling.

It just goes to show that your body is capable of so much more than what you think. It’s all a mind thing so just think positive and you can do it!

Have you ever been to an ugly sweater party? Do you have lots of holiday parties to attend?