When I tell people I’m running a marathon, I get a couple of strange looks. To those who run and love to do it, it isn’t a far fetched idea, but to the people who never run can’t seem to understand. People who don’t run, don’t understand why we like to run. When I took on the marathon, I was even clueless about it. Marathon training takes up a lot of time. I run four times a week which isn’t really a big deal, but the length of the runs is what takes up the time. I wake up at weird hours to run the streets and sometimes I’m forced to run the evening. It’s not always ideal. When training for any endurance event, it’s pretty much known that training plan will run your life. Most people who aren’t in it, don’t understand.

Eighteen miles is the longest run I’ve ever done and I never thought I would get out there and run that much. I was wicked nervous about running these 18 miles. I know when I’m training, I train alone and it’s much harder for me to keep with the pace. I can’t really find anyone to run with me for various reasons which are all valid. People ask why I’m running all these races? Yes, I enjoy running the races and I would be lying if I didn’t enjoy getting the medals because that is always an upside! But I am currently running all these races to keep me focused on my training plan. It some how comforts me and makes me push a little harder. It kind of sucks when I go and I really want to PR during these races, but I have to remember it’s about getting through the run at a particular pace. 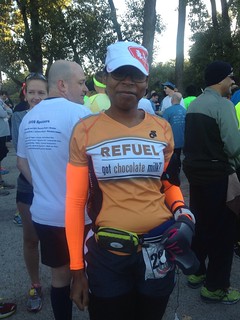 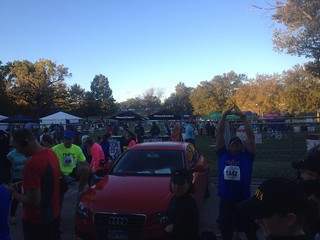 While some of my friends were running the NYC Marathon, I ran 18 miles. I ran 5 miles (which my Nike Plus app ate and it makes me sooo MAD) before the race and finished it up with a half marathon. It was freaking cold yesterday morning in the Big D(allas). So cold that the dew froze into a THICK layer of ice on the tables before the event. I was prepared for this, but I was still cold. Luckily it warmed up half through the race but when the race started I couldn’t feel my hands OR my feet. That was the first time I was not able to feel my feet. I even did what the race directors suggested and wore a different pair of shoes and socks to wear before the race because I was sitting around for about an hour and half before the race. 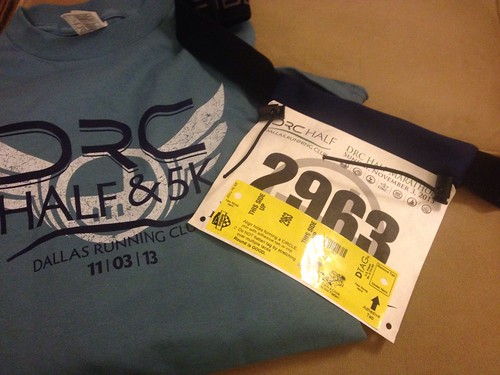 The five miles before the race when surprisingly well and I was feeling good. The beginning of the race went pretty well too. I really didn’t start to feel anything bad until around mile 9. My legs started to get heavy and I realized that my half marathon fueling plan wasn’t going to work for my marathon. I had also forgotten to bring my banana with me and my protein mix before the race so this could have been a problem. Also, around mile 9 my stomach started to get a little queasy. This has been happening to me a lot lately and I’m wondering if my problem with the GU gels is starting to reoccur and/or I’ve been taking gatorade at most races which is something I’m not use to. But all in all, running the 18 miles wasn’t that bad and it was a learning experience. This was definitely the first time I thought, “Why they hell am I doing this?” But then I remembered I am running the marathon for myself to prove that I can do something from start to finish and if that inspires blog readers along the way, that’s a plus! 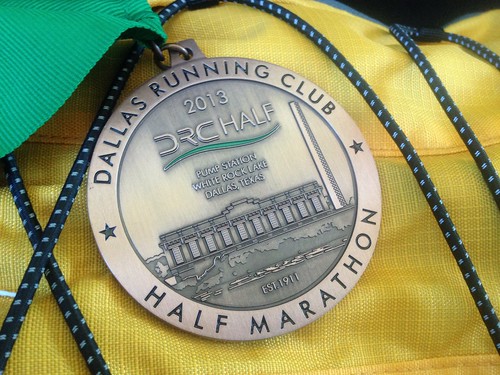 A few things about the race: 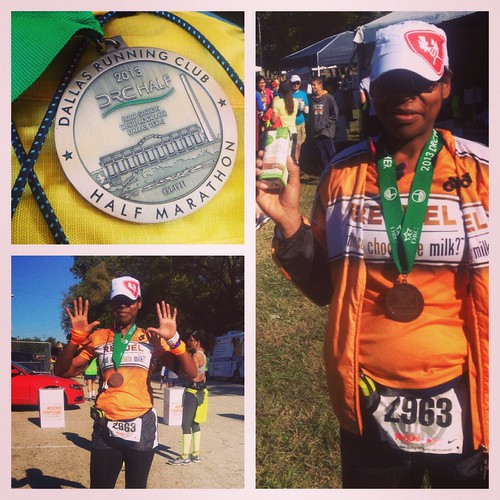 I finished the half marathon in 2:18:50 which I was really surprised about since I had to run 5 miles before the race.  2:18:50 is on par with my RnR San Diego and Tyler Rose. I am positive I would have finished better than that if I didn’t have some serious problems with side stitch at mile 10-11.  It was a very happy moment for me because I finished my 10th half marathon of 2013 and ran 18 miles.  The only bad thing was, I went alone and had to drive home after all of that in the car.  Five hours after running 18 miles = no fun! I will probably run this race again next year because it was perfect! Great job to the organizers!