Hey everyone! It’s been a long week and I’ve spent most of it working, eating or sleeping. I’ve become the most uninteresting person in the world. I had big plans for the blog this week and I missed my Thursday blogging. I’m trying to get at least 3 days a week on the blog so I’ll be making up for that right now. 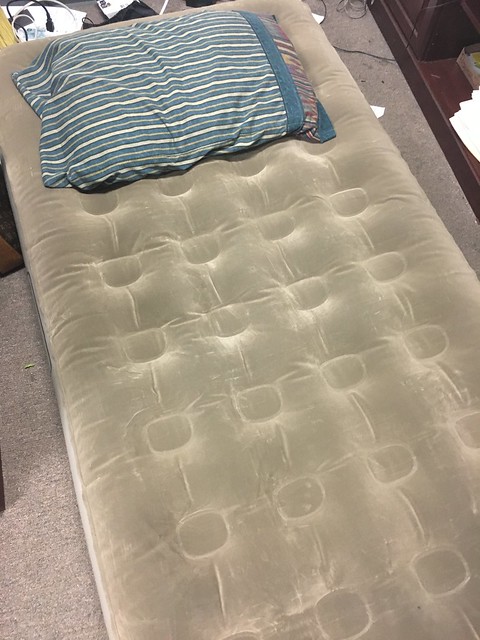 The sleeping has been so bad this week that I put an air mattress to sleep on at work during my break.

I haven’t done a Friday Five in a long time and I should probably get back to that so here we go.

1. Yesterday I signed up for the Chicago Marathon next year. Call me crazy but I’m going to need to get back on the wagon and this is a perfect goal for me to work toward. I’ll be running for Action for Healthy Kids again because you know it means so much to me. I may only be able to run one marathon next year and I think this event is far enough out for me to get the ball rolling again. I don’t plan on running again until late March or April. That will give me enough time to build a base before training for the marathon. 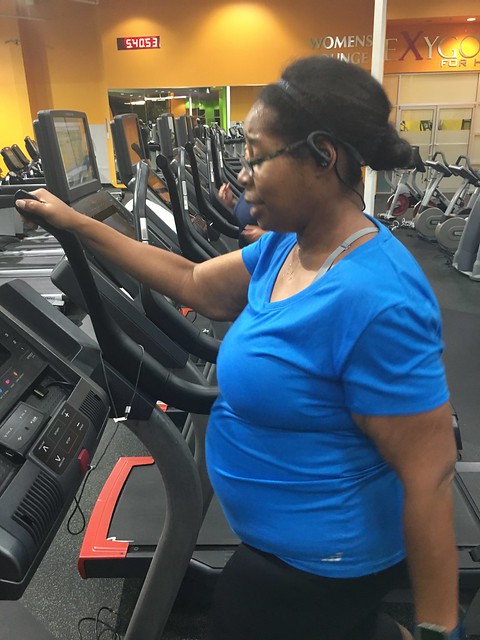 2. Did you read my post about workout modifications? Well, I use to work out 6 days a week. I was able to keep that up pretty good at the start of pregnancy and then that day dropped to 5 days. Now it’s dropping to 4 days. I’m just too tired to workout now and I need to listen to my body. This morning I walked on the treadmill and it was oh so hard. Willie came over to ask me if I was ok. 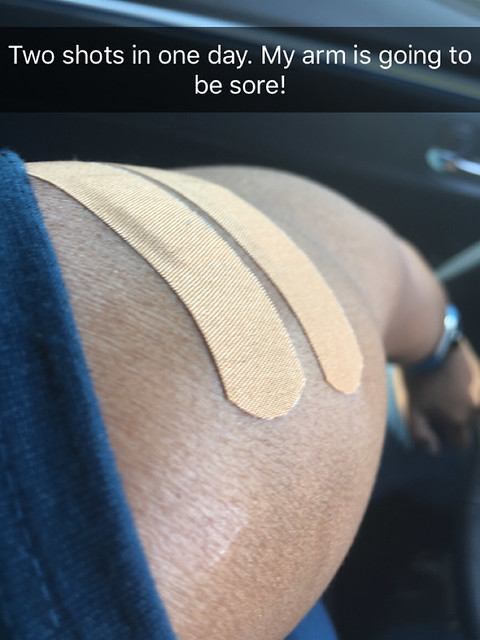 3. Tuesday I had a doctors appointment and I received 2 shots: TDAP and a flu shot. There was much debate on whether I could have the flu shot this year but my tests have been really good so my doctor gave me the go. I knew I was going to have a sore arm but I didn’t know that it was going to be this horrible. I couldn’t move my arm at all yesterday which interfered with my sleep. I can only sleep on one side which happens to be my left side and it’s been harder than normal. I refuse to take Tylenol due to a shot so I’m toughing it out. It’s getting better. Hopefully, tomorrow will be a better day. 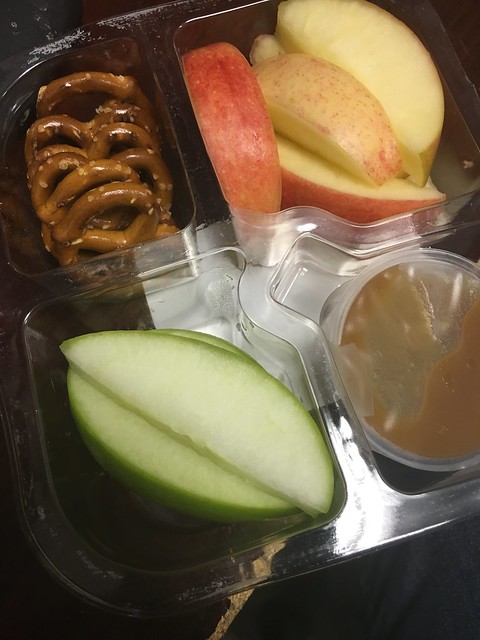 4. I haven’t been too hungry lately. I thought when you were pregnant you were supposed to want to eat all the food. Not really the case. It’s all lies. I have been craving chicken tenders and mashed potatoes hard this week though. I’ve indulged but the craving hasn’t quite been met. Anyway, I found these great packs at the grocery store which are $2 each which is a little pricey but it’s already put together and convenient. This week I got two different packs: apples, caramel, pretzels and apples, cheese, pretzels. I’ve learned this week I’m not a fan of the Granny Smith apple because it’s too sour so I’m going to go with the apples, cheese, pretzel pack from now on. 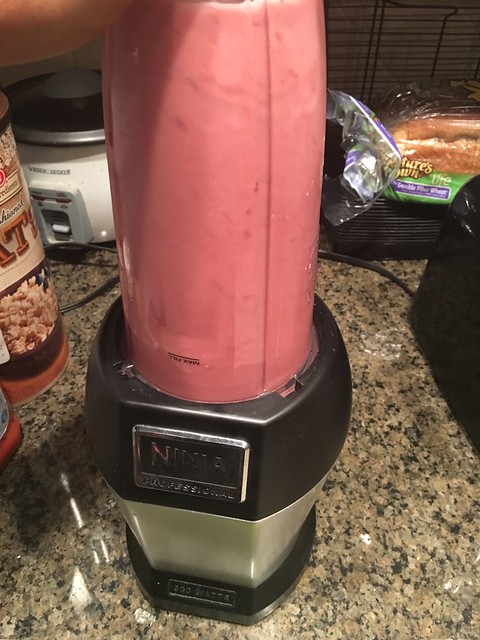 And I’ve been a smoothie kick lately too. I probably  need to look up some smoothie recipes because mine are a little blah.  This concoction was pretty good with cherries, sweet potatoes, banana and apples.  I didn’t hate it. 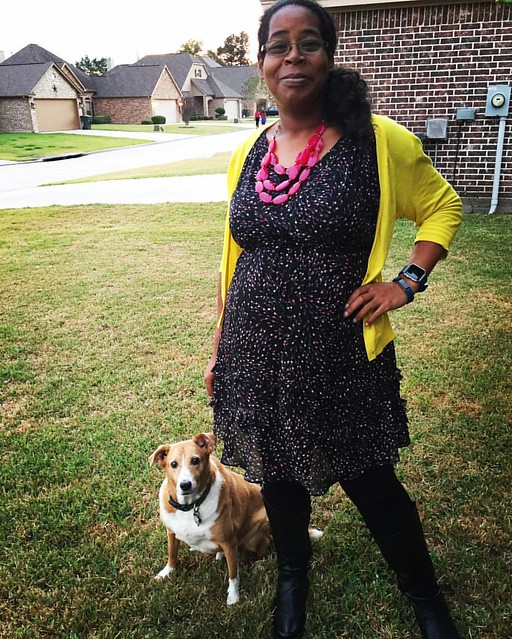 5. Today I’m 31 weeks. We are really in the home stretch. I’m not as far along with the baby nursery as I would like and we haven’t purchased everything.  BUT we’re in a good spot and that’s all I can ask for.  I might be so kind to share some pictures later.