We finally received the coveted Little Rock Marathon medal after almost two months.  I was excited because I saw other people getting their medals.  But I opened up the box and the medals were broken. 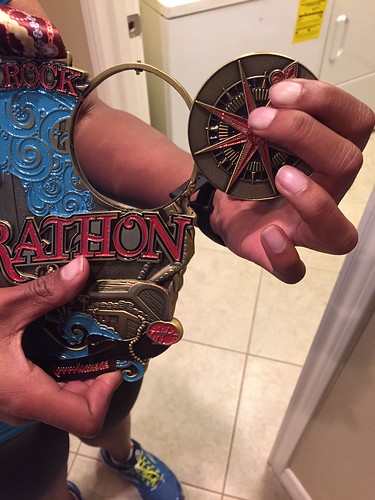 To be honest, I was just glad to have the medal. It doesn’t really matter to me if it’s broken, but Willie kind of took it personal. I wish both of the medals weren’t broken because I would have just handed mine to him. He specifically ran the race for the medal so it was a big deal to him. 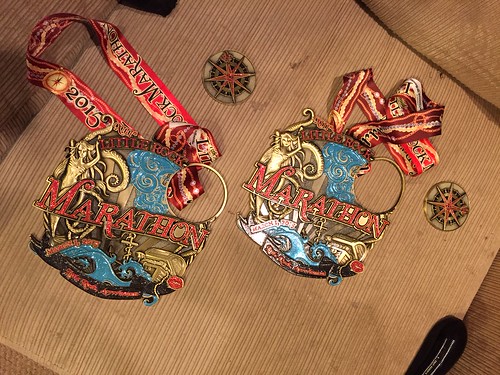 But sadly, both were broken. The good news is we are getting new medals. I also didn’t get my 5K medal so that will be sent to me too. The medal weighs something like 3.5 pounds so the sucker is heavy. We won’t be spending too much time wearing those around our necks. 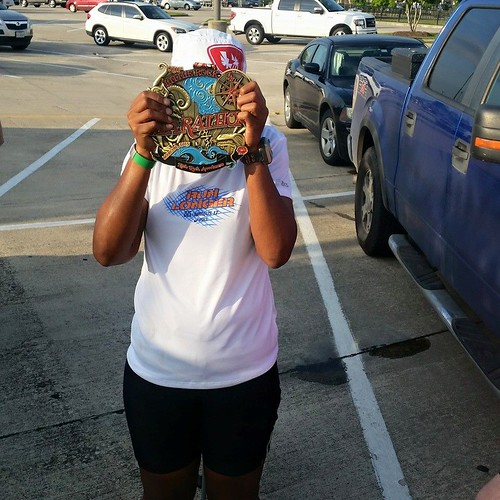 It covers my entire face! I love a good race medal and I do run SOME races because of the medal. But I would take a classic medal over a novelty medal anytime. 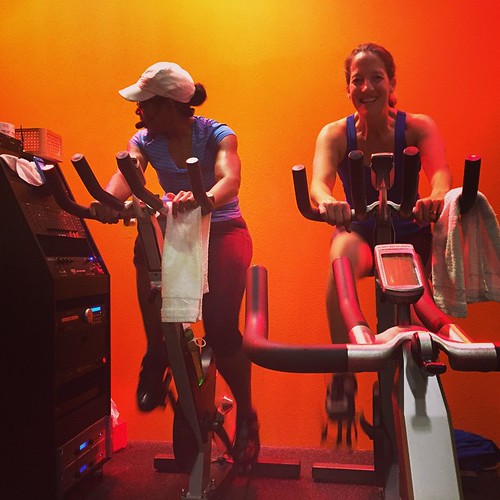 Anywho, it’s been launch week at the gym. It’s always exciting because we launch all new Mossa classes. Everyone is really excited at the gym and all us instructors get to team teach. I love the feeling but I’m always nervous about learning the new routines. I didn’t get a chance to try all the group classes but of course I did Group Ride (because I teach it) and Group Power (which kicked my butt). Tiger Woods said his glutes weren’t activating but mine were going overboard this week. I’m building strong legs!

Tomorrow I’m headed to Kansas to run the Garmin Land of Oz Marathon. The weather doesn’t look too promising. Shocker, it’s going to be raining. I have to pack all my gear for the plane ride and hope I don’t forget anything. Most importantly, I need to prep my food for the trip. I’ll be posting more about that tomorrow to give you an idea of what I bring when I travel.

Do you think race medals are getting too big?