Willie and I are training for Great Wall of China Marathon (GWCM).  I’ve been trying to get some out of the box things for us to do because training for the race is not like any other race.  The Great Wall is old, broken and steep!  Willie has only run the roads and we definitely won’t be doing that in China!  It was important for us to at least get a trail race in our training sessions so we’ll be ready come May!  My answer to the questions was the Love.Run.Marathon in Huntsville! 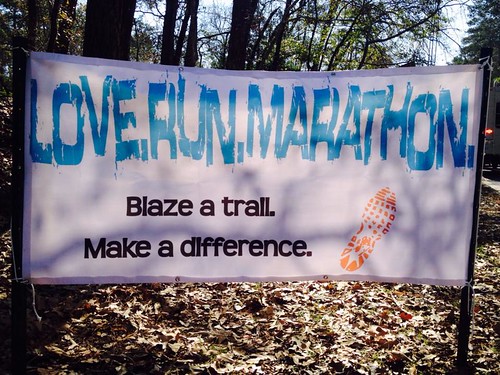 First off, this race for a a great cause. Project LoveOne helps raise money and awareness for people in distress and orphans! I love running races for a reason so there was no hesitation to drop the money on this race! And they did a FINE job at organizing this race. The volunteers were so nice and it really was just a great happy event. 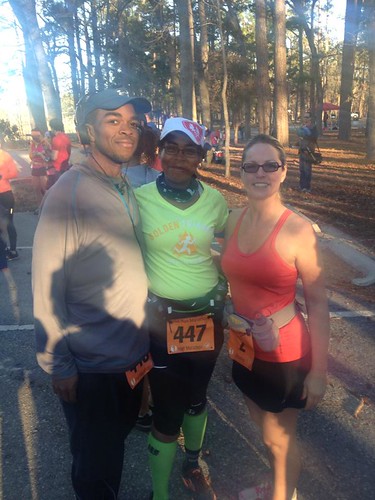 Our friend Dawn was running the full marathon and she rocked it. She finished in 5:26 and placed first in her age group. Congrats Dawn! 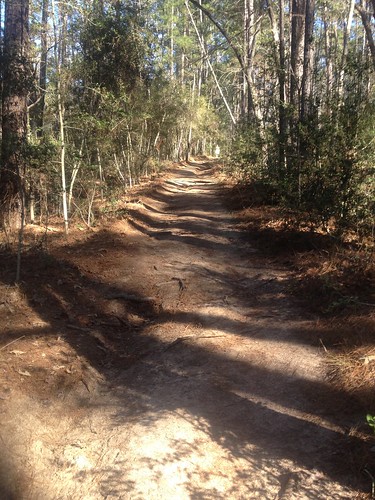 Everything started off really good. Willie really seemed to enjoy nature and being out on the trails. He was even leaving me behind. My main goal was to run with Willie the entire time so we could navigate everything together. My foot has been bothering me since New Orleans so I planned to take it slow anyway, but Willie was ready to go out of the gates. He was handling it so good and was obeying the trail #1 run: Pick up your feet! 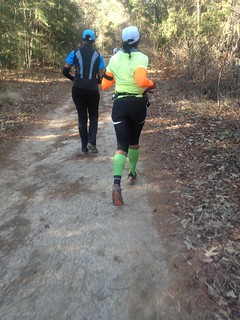 We were doing good. I had done some rolling of my ankle but nothing big! We were moving at a pretty decent pace. We couldn’t shake this woman who was walking the race though. At some points Willie and I were full on running but this lady was doing her “pop out that hip” speed walking and she was on our tail. Willie and I started talking about our trip to China and he stumbled but didn’t fall. We continued again and he lost focus cause he was wrapped up in our conversation and fell around mile 7! I was scared out of my mind because I saw him sliding across the path, but he got up and was ok. 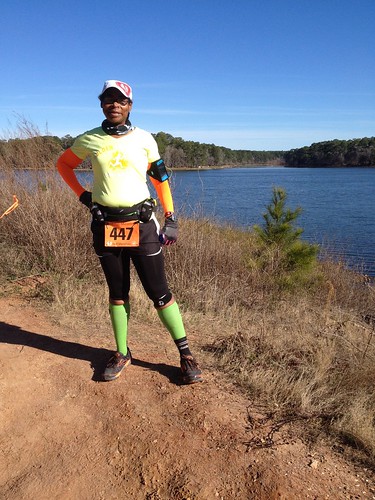 After he shook it off he was able to run again. The trail was so pretty. This was probably my favorite part of the trail when we made our way to the lake for the first time. This was also about the time when Willie started to feel pain again, around the 8.5 mile mark. At that point, he was done running! So we walked! 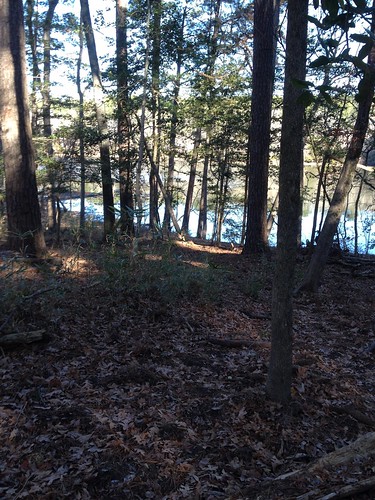 And to be honest, my foot was in no shape to be out there running fiercely anyway. I was rolling my foot just walking. Most of the stuff we walked, with a few exceptions, would have been things we wouldn’t have been running anyway. Willie kept on pushing through though. He didn’t want to give up. We stopped at the last aid station to get him an ice pack for his knee and we pushed on! He was determined to finish this half marathon so we trucked along TOGETHER! 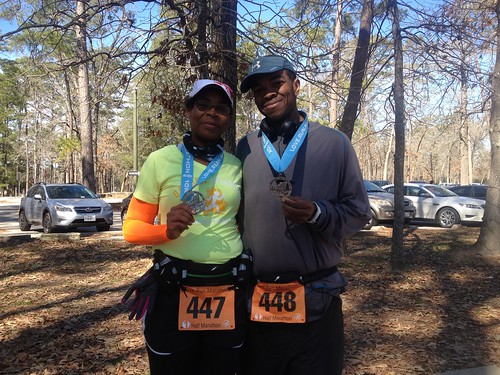 We finished the race hand in hand at the half marathon finish line. Final time was 3:26 minutes, not the best time or the time either of us was hoping for, but we finished! Willie admitted after we were done he thought I was going to leave him but it never crossed my mind. The competitive spirit always kicks in during a race, but that really wasn’t what Saturday was about. We will run The Great Wall step by step together. Saturday was about spending time together and training for our adventure of a lifetime! 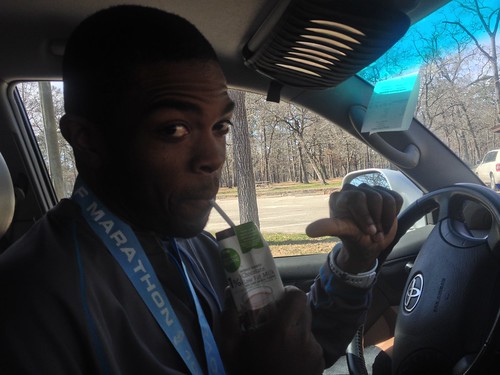 Willie was excited for his lowfat chocolate milk when he was done! Of course, I had plenty to share with him! 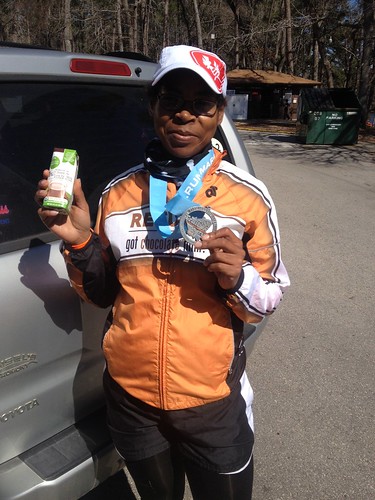 It was so nice and delicious! It was a great end of a race treat! 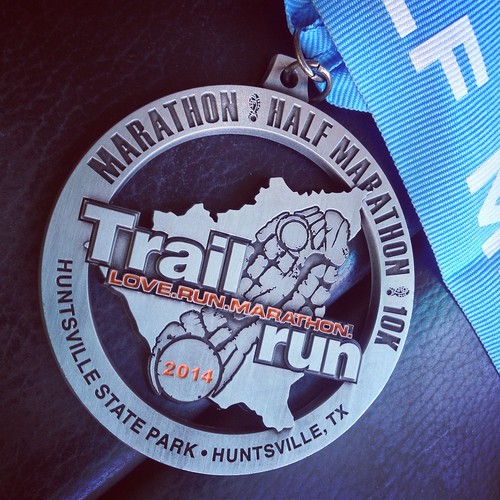 I asked Willie if he enjoyed the experience several times throughout the race, especially after he had his “gravity check.” He said he liked it and wants to do it again! Trail races are just a different vibe and of course, are very scenic! You can’t help but feel great when you’re running the trails and enjoying nature!

The event was so nice and well planned! I really enjoyed it and I do plan on doing it again next year! Total positive experience all the way around!

Would you like do a trail race? What would be your biggest fear on the trail?