It was a lazy new year’s day. After hanging out with friends in the morning, came back home to have a lazy New Year’s Day. It included a lot of watching of television. 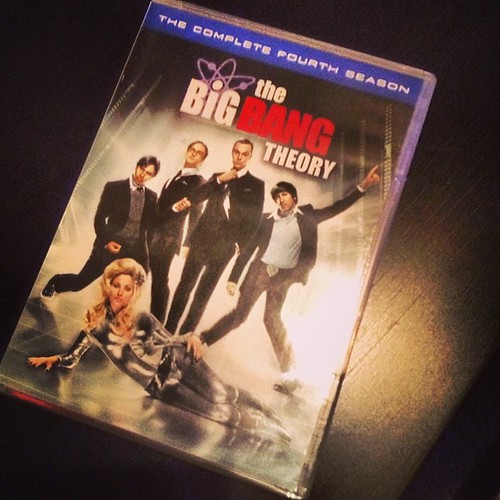 Willie took a nap on the couch and I continued by Big Bang Theory marathon! I’m working my way through the seasons. We both love the show so much, but Willie was tired. I needed him to rest up before we started on dinner. 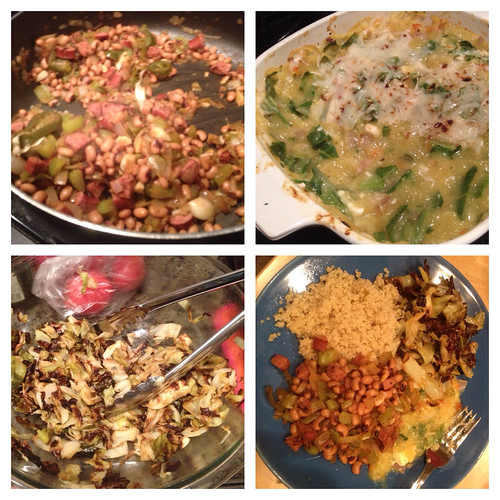 New Year’s Day is a great time for me because I get to eat all the foods I love but Willie hates. Well, he use to hate them but since he’s been on his culinary journey things have changed. Willie made his version of Hoppin’ John, some asian roasted cabbage and I made spaghetti squash casserole. Oh and we had some leftover quinoa. I cooked a butt load of it on Monday so we’re trying to eat it all up. Let’s just say we ate pretty good last night.

It’s important to eat the peas and cabbage to have good luck and prosperity in the new year. Plus, this was meeting our criteria to cook at home more often now. We’ve been gone out of town a lot in 2013 and we still toted the cooler but not the same way we use to so we haven’t been eating on point. This year we’re trying to get back to that place. I’ve been cooking up a storm all week so the fridge is packed with food so the thought of getting a quick meal happens in a healthier way!

Did you have your luck and prosperity meal yesterday? Do you believe in the story behind it all?