Willie and I spent the weekend with our god child.  It was a very fun experience and it taught me one thing:  I’m not ready to parent yet.  It’s always great to take care of someone else’s child and give them back!  We get the good times and they get to raise the child.

On the way to our weekend adventure Willie and I talked about who is to blame for childhood obesity.  Growing up I was always the bigger kid in the class.  I was taller and rounder and I was just different.  As I grew older I became more round and stopped being the big kid and just became the fat girl with a pretty face. But who is to blame? And should we even be pointing fingers? 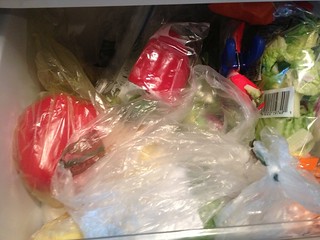 I could point at the many reasons why I feel like I took the turn into obesity but does it really matter? I was quick the point the finger at all the factors but Willie quickly interrupted me and shed some light on the situation. Our obesity is no one fault but our own.  We can’t blame our parents because they grew up in a time where they ate good ole southern food and didn’t gain a pound.  There wasn’t a huge focus of eating right during those times and we were 80’s babies at the height of a low fat chemical engineered diet.  Those aren’t excuses, those are just the facts.

There is a huge awareness of eating healthy now because child obesity is on the rise; it was not an issue then.  I remember my mom always telling me that doctors would tell her it was just baby fat or I would grow out of it.  I remember being a tween and hearing this from the pediatrician when I was eleven.  Overweight children just weren’t on the radar.

I talk about this now because I spent the weekend taking care of my god child.  Plus, I also hear very healthy parents constantly talking about the battle they face with their kids because they want to eat junk just like their friends.  I too got suckered by a two year old into a pop tart breakfast which is totally against everything I believe in.  (I am a firm believer in not talking about something you don’t know and parenting is something I know nothing about because I’m not a parent.  I got to dip my toe in for a minute so this is just my experience.)  I found myself giving her stuff to eat to ensure that she was eating something.  Is it better to have your child not eat anything at all versus eating junk?

As I child I did always choose the unhealthy option.  I wanted the McDonald’s or Long John Silver over anything else.  I ate the meals that were made at home, but I would always go back for more.  I didn’t know anything about portion control.  Was someone supposed to tell me that?  Was that someone else’s responsibility?  I don’t think so.  Some things you just have to learn on by yourself.  Fruits and veggies were readily available to me and I ate them just like I should have, but I also ate more of the other stuff I shouldn’t have.  I played outside and did all that.  I was an active kid.  I’ve always just had a problem with food.

The best thing a parent can do is to provide the healthy option for their kid especially when they are with you.  Maybe when they are out with their friends who are eating the junk they will make the right choices too.  Does that mean they skip out on the unhealthy food?  Of course not, they are young and want to have fun and join in on the party too. Just maybe they will make the choice to have it the food but in moderation.  After all, there’s nothing wrong with having those types of foods, it’s just about moderation.