Happy Tuesday!  You are perfect the way you are. I don’t know about you, but I unintentionally on the “sly” say negative things about myself.  I find myself saying, “she had a baby around the same time as me and she’s doing this.” There’s so much focus on one moment in time and not enough focus on the bigger picture.  To make a whole, you must have the parts even the parts that aren’t so pretty. 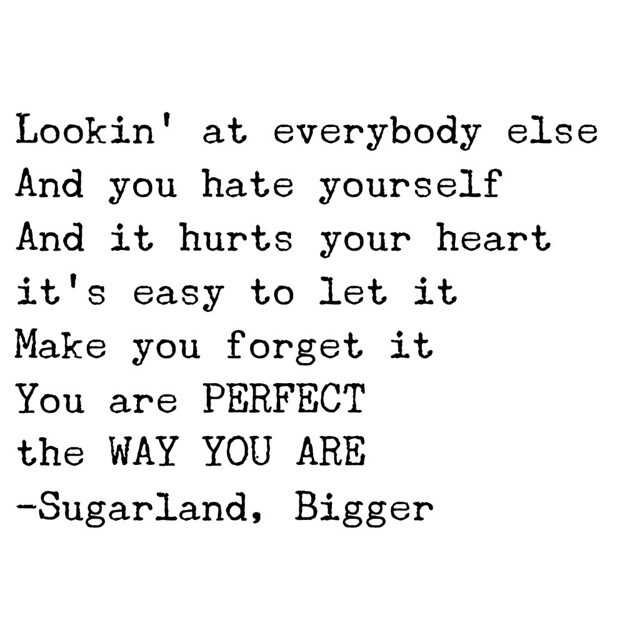 We live in a different world of perfectly curated pictures and other social media posts that make it seem like other people have their stuff together. Who knows what is really behind those pictures? It can make you feel less than in some areas of your life. It’s hard enough because the world already judges our every move, so when we judge ourselves it can be a disaster.

It’s very easy to let other people’s words bring you down. I’ve never known how judgemental the world could be until I became a parent. I really think that says a lot because I spent most of my life being overweight and having people make assumptions about me. But this parenting thing is a little different. Maybe it’s because I never let my weight define me, it was just something I was but it wasn’t the main part of me.

The world did try to pigeonhole me into a lazy, disrespectful, dirty, and careless person because of my weight. My weight didn’t hinder me from any of my greatest accomplishments like finishing college and going on to get a master’s degree. I marched in the band all 4 years of college. I worked for all of that, but some people never seemed to get past the fact I was overweight.

That was all I was going to be. If you’re in a place of being overweight and feeling judged, don’t feel that way. You are built for bigger things! This is no way condoning or giving you permission to be unhealthy, but it’s a push in the right direction to reclaim the narrative of your life. The world will always have something to say, but you should control the conversation.

I am giving you permission to be yourself.

This post went in a totally different place but a better place than I hoped. There are plenty of things that we say to ourselves or make ourselves feel horrible about on a daily basis. Comparing yourself to others won’t do any good. Why would you want to be like someone else, when you can be yourself? Find the things that make you uniquely you and embrace them. Let those characteristics define who you are and tell the world!