Note: This post was written on the plane this morning but I couldn’t get a wifi connection to post it earlier. I’m still posting it though because I took the time to write it. I had a super early flight this morning. I had to leave the house at 2:30am to make it to the airport. Obviously, that was too early for breakfast so I had to wait until after I made it through security. I packed some traditional oats in my backpack. 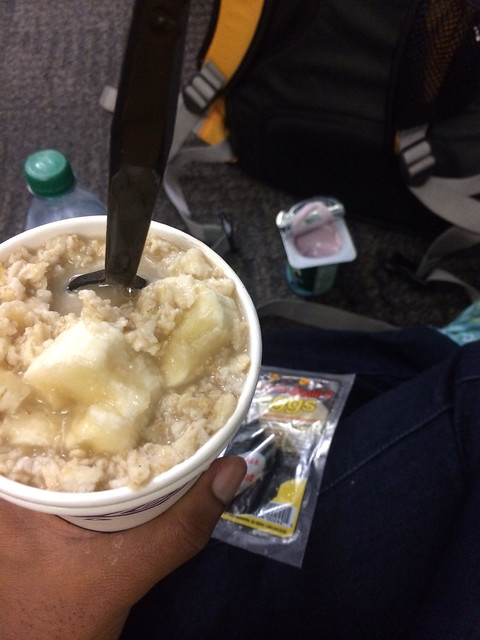 When I found a coffee shop I got a cup of hot water and made my oats. I was still in need of some protein but luckily I found some hard boiled eggs. 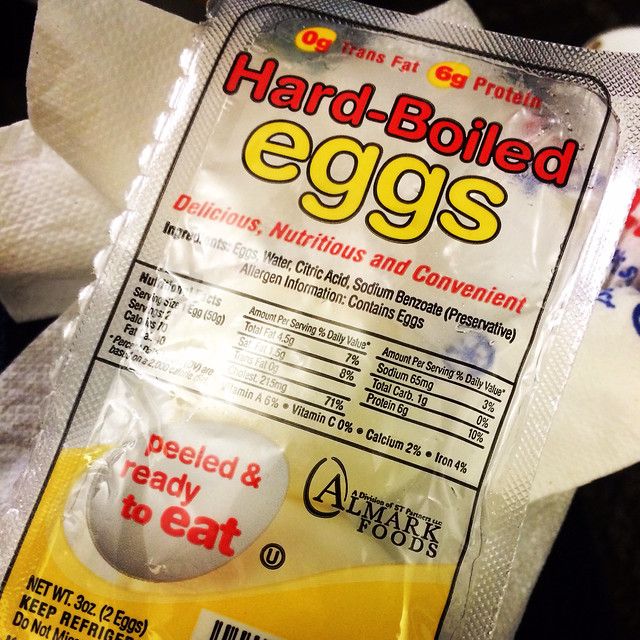 The eggs were a sad reminder that Willie isn’t here with me. He would have eaten the other egg that ended up in the trash. I.ve been to Colorado many times. Last year was my first time in Denver and after I left, I said I wouldn’t go back. Flash forward, I’m on my flight to Denver for the second time. If my best friend didn’t come with me last year, the trip would have been a total bust. I really don’t think I had a really awesome time because I was confined to downtown. I saw a little bit of snow but saw no mountains. I’ve slowly but surely turned into a nature girl and I thought last years trip was going to be more of that. So why am I going back to Denver? I feel like I need to give the city another chance. This time I did my research and I have a little bit more time to explore. 1. I’m going to Boulder. I’ve been told this is the place to visit. Pretty things to look at and it’s supposed to be really awesome. I’m most excited about going to the Celestial Seasonings factory! It’s my first stop when I get off the plane. Well I’m going to need to post my blog post too. 2. I look forward to running some trails. I signed up for a 10k foot tomorrow. I wanted to get out and enjoy nature and do a hike, so why not do it in a race? Of course I’m going to take it easy because I’m running a marathon on Sunday. It’s going to be a leisurely jog. I just want to run the Rockies which is pretty cool. 3. I really want to PR my marathon while in Denver. I’ve been working hard but not maybe as hard as I could. It’s just been so stinking hot. Kind of makes it hard to really push your training when it’s 100 degrees outside. 4. The one thing I really loved from Denver last year was a running store. I plan on buying everything at Runner’s Roost. I really just like the people and the logo and everything. I’m a running nerd. 5. Buffalo Bill! I’m going to museum. I can’t wait. It’s going to be so fun. I was so into Buffalo Bill when I was younger. I remember in kindergarten my teacher read us a story about Buffalo a Bill and I asked so many questions. My mom ended up buying me some books too. I was always a curious kid which carried over into my adult hood! Most importantly, I am just going to have fun. Willie tells me I never have enough of that so I’ll do my best to really have a good time! I also feel like I should have a beer while I’m here because they take their beer seriously. I might go to waste though cause I won’t drink the whole thing! What are you doing this weekend?