Alrighty folks, it’s my last Beijing post!  I just wanted to hit some hot spots about our trip that I didn’t cover before.  Yes, the race was amazing and we ate some of the best food ever, but there were definitely some things I’ll never forget. 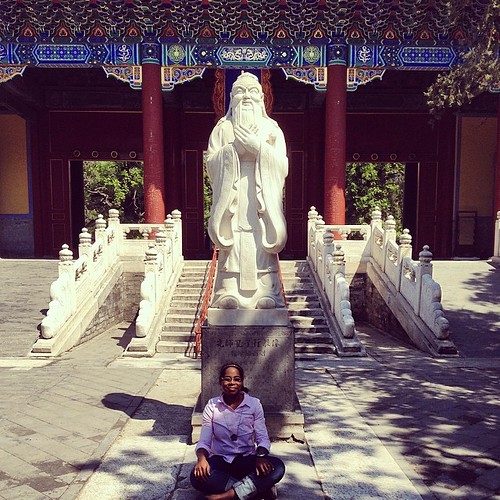 The trip to Temple of Confucius was a definite highlight for me. Willie wasn’t interested in doing many tourists things and neither was I to be honest. Visiting this place was a must for me. It was so serene and pretty. We really were getting wiser by the moment just by being there. This picture is one I will treasure forever. 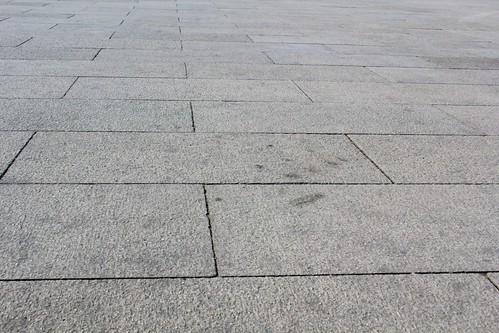 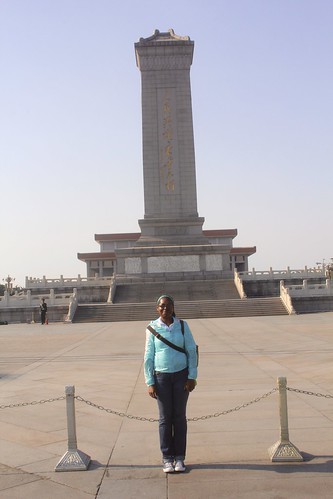 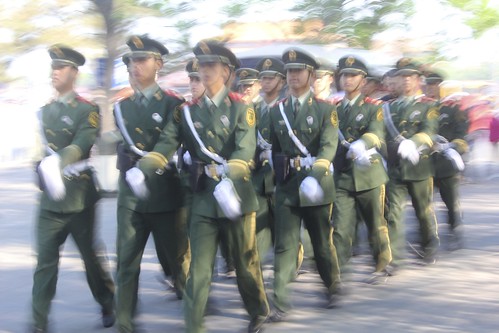 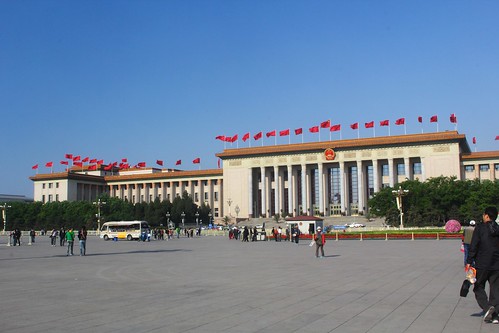 The first day we went to Tian’anmen Square was a hot mess. It was a Chinese holiday and so many people were there. Tons of security and it just wasn’t a joyful experience. We bailed and I was bummed. We ended up going back on Sunday when most people were at work. Once again, Willie cared nothing about being there, but this was a big deal for me. There was so much political history in that one place. It was a very moving moment for me! 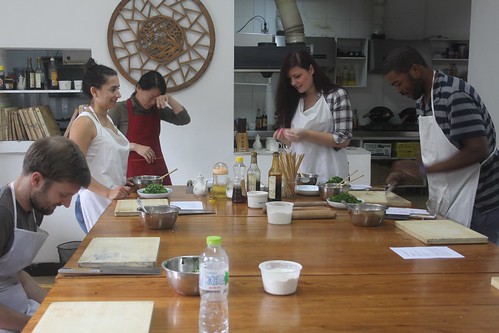 I loved the cooking class! We were tired as all get out because we had just gotten off the plane but it was so fun. It was nice to get to chat with people and just get our first look at Chinese culture. This was Willie’s most favorite part of the trip. He was in his element, soaking it all in. I loved it because he loved it! I knew he loved it because he was all about taking pictures during the class! 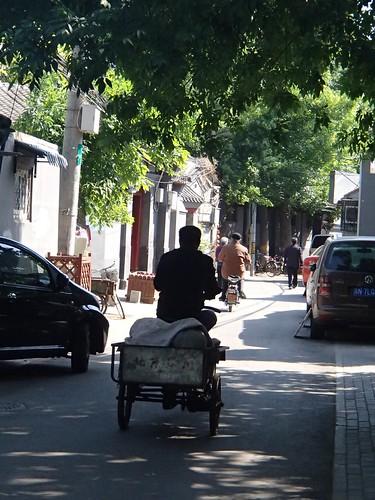 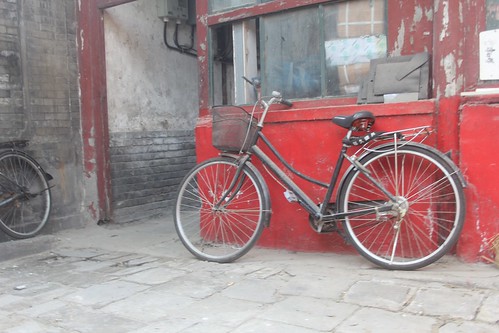 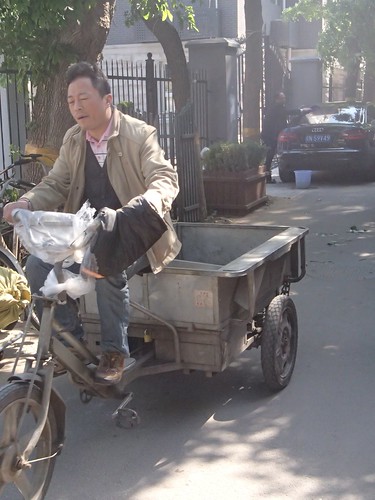 Beijing is very modern and we totally weren’t expecting that. I think our most favorite parts of the trip were the moments we spent exploring the different hutongs (back alleys). This was our glimpse at old Beijing. Everything seemed so normal and nice. We spent many hours walking through the hutongs and just talking about life. It was nice and easy. These were the moments money couldn’t buy! 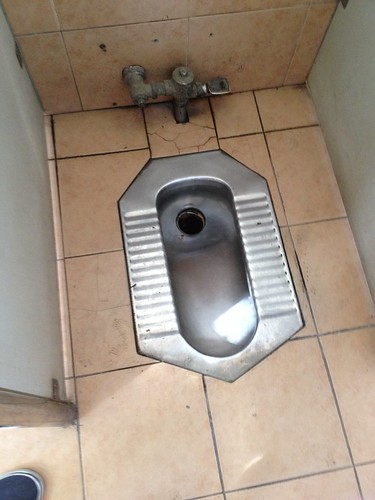 Sure am glad I never had to use a public toilet! Willie ended up using one towards the end of the trip, but this is what public toilets are like in China! I saw one at the airport but they also had western toilets so I didn’t have to use it. Willie did say it flushed though with the foot pedal. 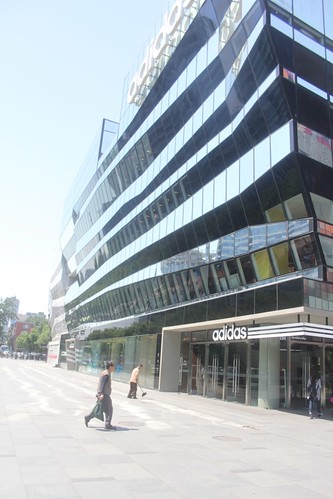 There were high end malls every two the blocks. I was surprised to see that. Chanel, Cartier, Michael Kors, Louis Vuitton…I saw these A LOT! I was trying to find old souvenirs and stuff but I was most surprised to see a lot of Western things. Also, Chinese people LOVE KFC and Dairy Queen! No lie. There were a lot of those joints on the streets. 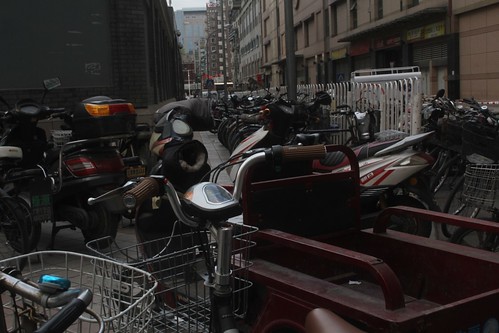 Traffic is horrible so most people ride bikes. There was always a bike jam going on. We took the Subway everywhere. It was cheap and efficient. We could go anywhere in the city very quickly. We ended up walking A LOT! Subways only take you so far but it was nice to get out and enjoy the city. 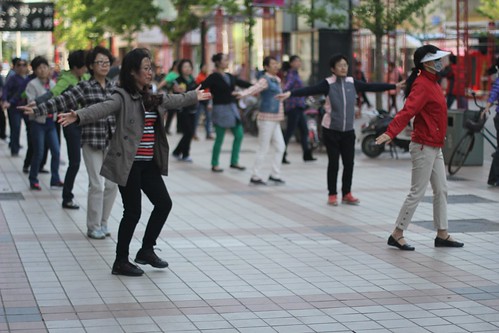 The Chinese people like to jam out! There was lots of dancing in the streets going on. It was fun to watch.

All in all, we had the best time! The weather was windy and there was a little rain. The people for the most part were nice, even though we got a lot of stares and pictures taken of us. I think it’s because we were black! The food was amazing and our hotel was the best!

Thank you to The Rachael Ray Show and Expedia for giving us a trip we will remember forever!