Happy Friday everyone!  I hope this week has been kind to you because it’s been a pretty good week for me.  I’m feeling a little off my game because there has been no running and definitely no running in my weekend plans.  It’s just kind of odd for me since it’s something I’ve been doing a lot of for the past 8 months.  I’m taking the self-imposed zero week because I really just think I needed it.  I’ve run 5 marathons and several half marathons this year already.  My medal rack is overloaded, but I wouldn’t have it any other way.  It’s what I love to do.  So what have I been doing in the in between time? 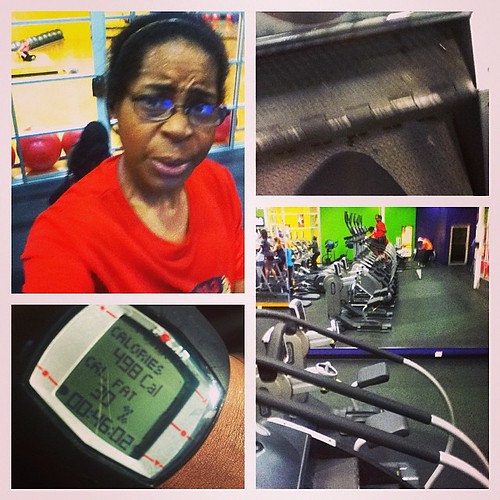 On Wednesday I decided to tackle the stair machine while giving the stink face. I climbed 220 flights of stairs but I know there will be more to tackle on The Great Wall of China! This is one big reason I have backed off the running this week because I wanted to focus on upper body strength and stairs.

Endurance isn’t a problem for me. I’m an endurance athlete. I push myself to keep going. But these stairs killed me. Within 5 minutes I was sweating so bad. When Willie saw me, he kind of thought something was wrong with me. We parted ways with me telling him, “I hope I’m dead when you’re done with cycle class.” It was that serious but I know this is something we will face at The Great Wall of China Marathon! It’s coming soon and I’ve been working hard on getting over my stair anxiety!

Yes, I kind of panic when I see stairs. I think it’s a lingering issue from being overweight. Stairs make you winded and I did my fair share of falling down stairs during my 20s! I’m really hoping to be able to run up some of those ancient stairs. That’s what I’ve been training for this entire time! 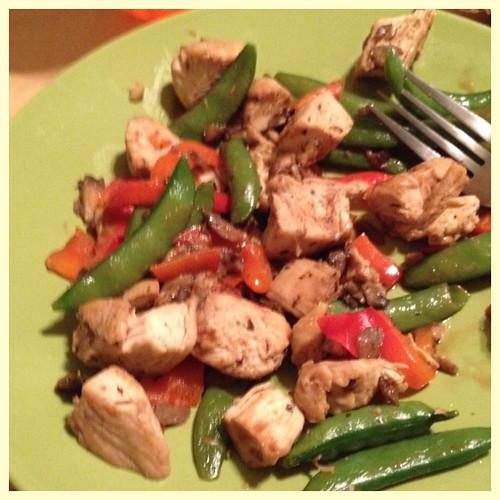 Thursday is usually veggie burger night in our house but I wanted to skip it. It use to be my favorite meal of the week, but not so much anymore. I find myself wanting to skip it a lot lately. I was satisfied with my grilled chicken breast and veggies. It was delicious especially with some of that sauce Willie made for the salmon the other day! I slammed it! 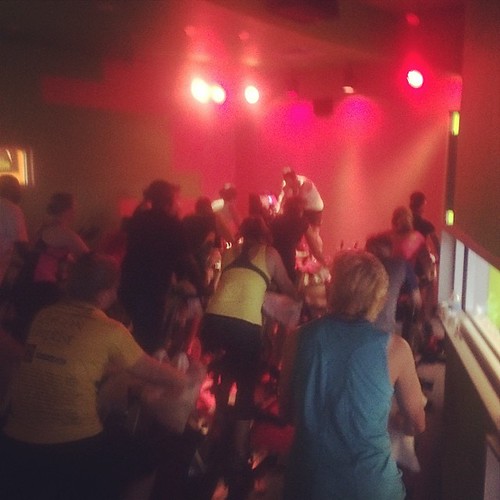 This morning I strayed from my usual routine to attend a cycle class. It’s kind of weird sitting in the back, but I didn’t feel bad about taking a picture if I was in the back. My 5AM workout is usually Group Power when I’m not teaching but I’m still feeling sore from the week. Between the Group Kick on Tuesday and the Group Power on Wednesday, I couldn’t lift my arms. I’m just trying to make sure I’m not injured because sometimes it’s easy to think the good sore is a bad sore. The fact it was still sore this morning tells me there might be a little bit more to the problem. 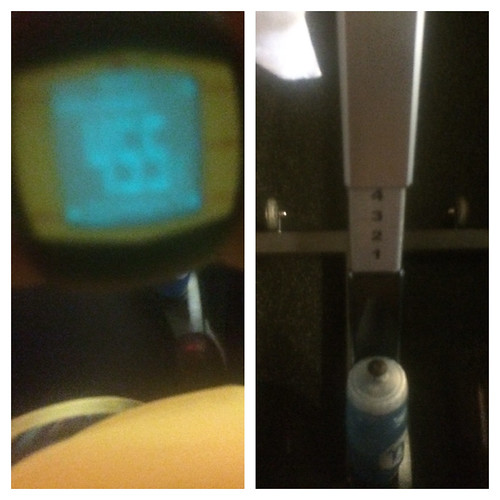 It was a great class though! It was a good way to start off the day!

This weekend I will be spending the time with family and friends. I have to make some food so check out my instagram over the next couple of days. I’m not sure what tomorrow’s workout will bring though. Might be time to work in some hill repeats. I know that I am excited to be at home for the first weekend in a long time though. What I really want to do is an Easter egg hunt. But I don’t think that’s acceptable as an adult! 🙂

What are your plans for the holiday weekend? Have you already done an Easter egg hunt?