Yesterday I ran the Run Houston Minute Maid Park 10K in Houston. This was a race I was planning to do but didn’t sign up for until this week.  I’m being cautious about all of this stuff, but these races are a good excuse to throw myself into mileage.  I will use time as an excuse not to run longer so the races for me to make it until the end.  This race was the second in the race series.  I’ve never run any of these races but I’ll get to that later. 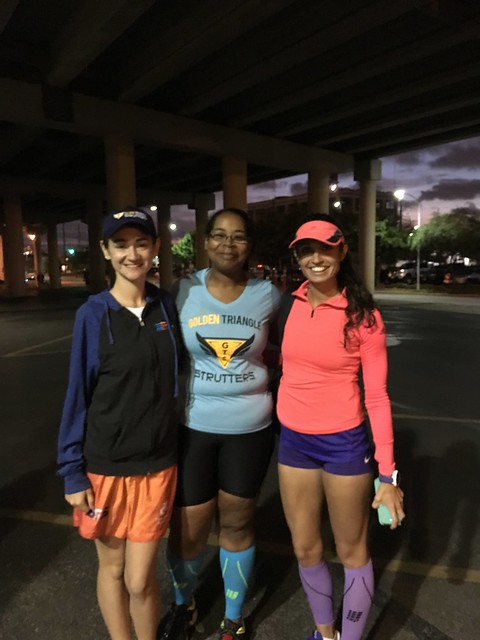 I woke up early to squeeze into my GTS shirt. It doesn’t fit the way it did, but at least I can put it on now. I’ll take it! A couple of other people from the running group ran the race too.  It’s always nice to see familiar faces and have people to support you.  I was happy to see these ladies waiting for me at the end.  It was nice. 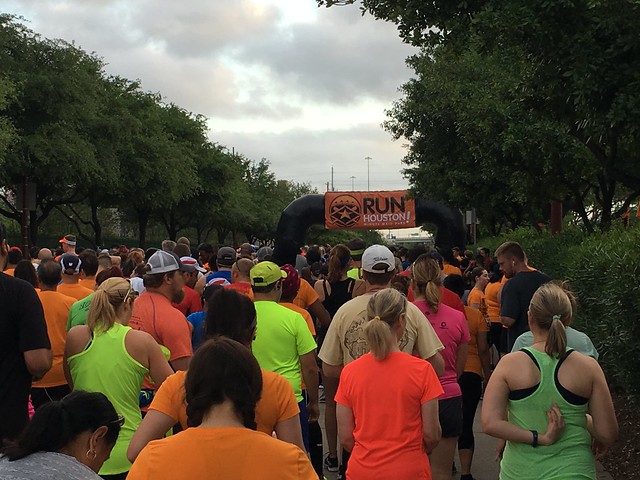 The race was a 5K and a 10K. The 5K started at 7:00 am and the 10K started at 7:45 am. There was a modest amount of people running the 10K race. I really did expect more people, but there was a good number of people out there to enjoy the day. The 10K was two loops of the course.

The race went well. It was warm and I didn’t run with a water bottle. That was a big mistake because I needed water long before I got to a water station. This kind of caught up with me on the second loop. I’m still doing my run walk thing and I’m getting much better…when I’m hydrated properly. I had a goal of trying to finish in 1:15 but I didn’t meet that goal. 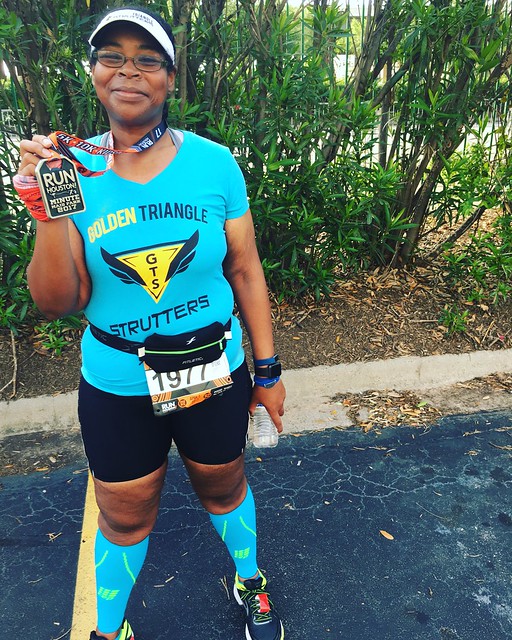 I finished the 10K in 1:19:27 which when I got my final results, I was thrilled with the time because it was rough on the second loop. I did get lazy on the second loop and I was forced to stop for traffic on both loops. (That didn’t make me happy.) The weather warmed up pretty quickly and there wasn’t shade on part of the route. The sun is my running kryptonite when combined with warm weather. I finished my 10K in February in 1:26:32 so I’m making progress. That’s the only thing I can ask for. 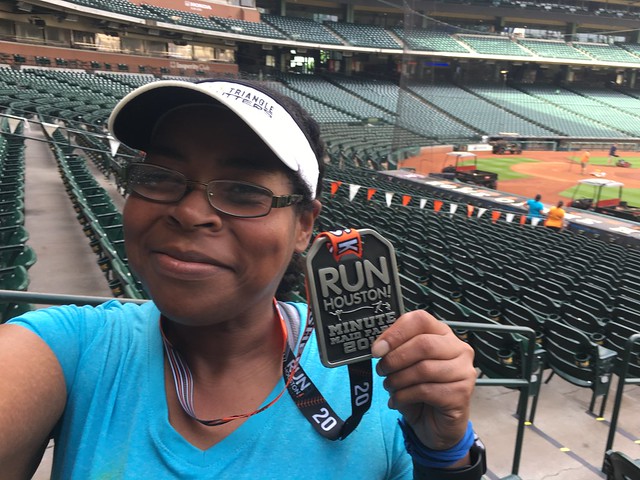 What I learned:
I am making progress. I need to force myself to run a little bit longer so I can get use to it. Time on my feet will make a big difference. Running with these new hips is a little different. I didn’t hate the race but I wasn’t overjoyed with it either. I’ll decide if I’m going to run the next race in the series in a few weeks.

This is a post that I didn’t want to make but I have to say it.  I need a break.  I have too many things going on right now.  My blog has always come first since I started it but right now with the new baby, I just can’t keep up.  I can’t plan the way I want to plan, I can’t provide the content I want to provide because time management is just something different right now.  Things are getting easier but I’m still making a transition.  I hope to be back on track in a few weeks after…

END_OF_DOCUMENT_TOKEN_TO_BE_REPLACED

This past Saturday I ran an 10K!  I really wanted to go on a hike but since I was doing this trip by myself I didn’t want to be roaming the Rocky Mountains by myself and risk something happening to me.  I’m not an experienced hiker either so I decided that a trail run would be in order. My training plan called for an easy 3 miler and I cut my mid week run a little shorter to not overload my mileage. I took a gnarly 90 minute ride outside of Denver to Frisco, CO for this race. This was…

END_OF_DOCUMENT_TOKEN_TO_BE_REPLACED

I’m not really going to pretend this was a serious race for me, because it wasn’t. Most people run this race to qualify for the Houston Marathon! Well I’m not running the Houston Marathon so this was just another race for me. It’s probably not my most favorite race in history but it was my first 10K two years ago and last year I ran it after my grandma passed. This year I wasn’t going to run it but something in me told me to run it. It wasn’t a big tadoo but some of my running group friends were…