I arrived in Denver late morning on Friday and headed to the hotel. There was a lot of things going on in Denver this past weekend so I was excited to be there. We ate lunch and had the worse service ever and then we headed to the expo! Expos are bad for me because I buy too much stuff, but I need running stuff, right? And it was rumored to be cold and let me tell you it wasn’t a rumor! 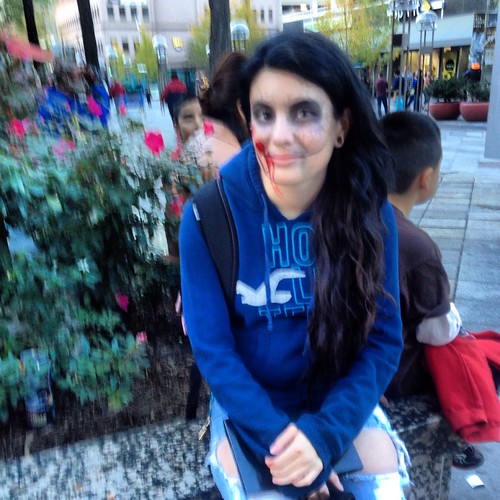 There was a zombie crawl in downtown Denver and people were going all out for this. I wish I could have gotten more pictures but I was eating and really only saw it from the window. It looked like an episode of The Walkiing Dead. These people were having a good time! The girl I sat next to on the plane to Denver was coming in from Tennessee for the crawl and she was so excited! She was a pretty cool chick. We became fast friends on the plane! I’ll have to call her today! 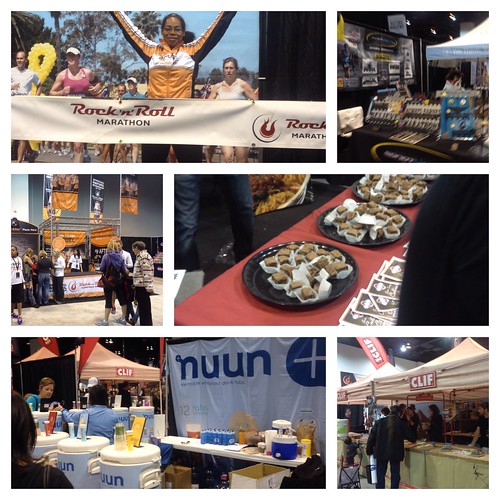 I hit up a lot of places. I needed to get more Nuun (and water bottle) and I was disappointed to find out that watermelon is a SEASONAL flavor. I would have bought a crap load of that stuff if I knew. I also stopped by Clif to get some shot blocs because we magically roll those suckers at our house. I stopped to get my medal hanger at Sports Hook and chatted with the lady again that I met in Philly. Her name escapes me right now and I feel horrible about it because I REALLY liked this woman. We spent a great deal of time chatting and I hate I didn’t get a picture with her. On the way out of the expo I tried Tony’s Killer Brownie which was delicious; not healthy but delicious. 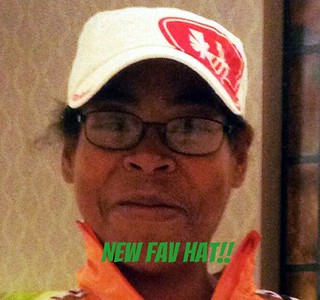 The highlight of the expo for me was the Runners Roost shop.  There were tons of nice people and they were so positive.  And I got my new favorite hat from this place. See, that’s me in the hat! I love it.

Of course I stopped by the Chocolate Milk booth to see what was happening there. It was nice to meet some new people and take a picture that I hope I can get a copy of later. Instead of showing you those pictures, I will show these: 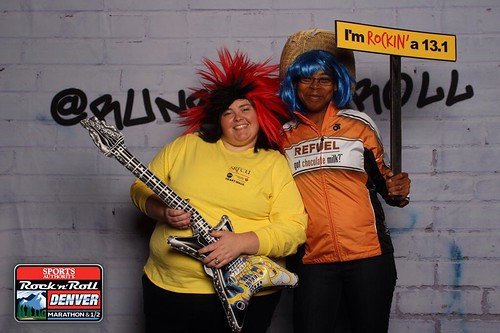 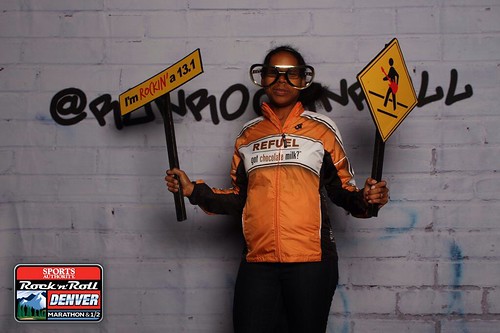 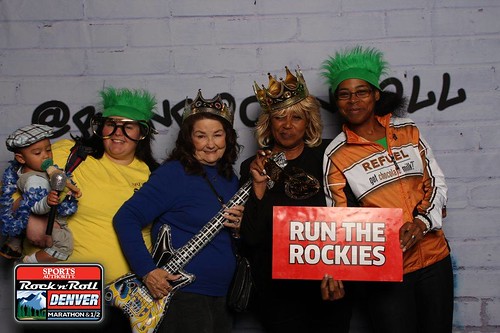 My best friend and honorary mom flew all the way from Mississippi to hang out and support me! That really meant the world to me. Life is pretty busy lately and I don’t have much time for hanging out and she did this for me so we could hang out…and she put up with my running friends! I must say it again, it meant the world to me to have them there! And it goes unsaid, but I was so glad my mom was there too!  These are definitely moments I want to share with her because she is the reason I am here and I love her so much! 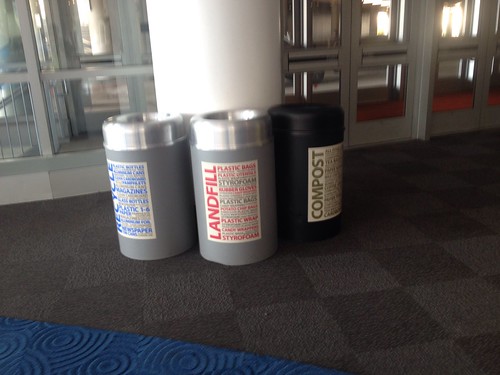 Denver is a very clean city. There was no trash on the ground hardly and these containers were everywhere. I think I LOVE it! What I didn’t love was the customer service we had going on. Every time we ate the service was sub par and on Friday night it was so bad we got a free meal! Thank goodness for great company because there was a lot of sitting and waiting for expensive food! 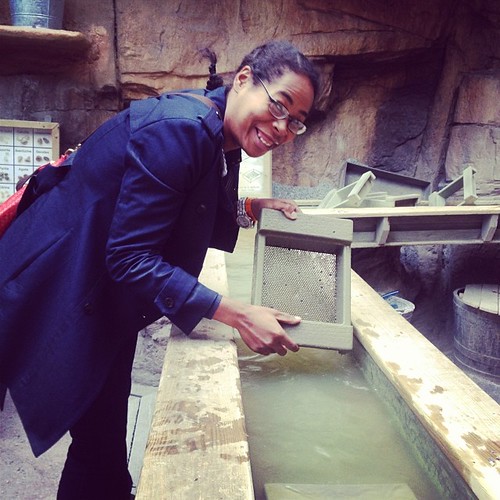 Before dinner on Saturday night, we took the lil one to the aquarium.  It was sooo much fun.  Mandie was probably laughing at me because I was freaking out when I saw an otter.  I just stood there to watch.  I love otters ever since my dad took to me to San Diego zoo back in the day.  They had the cutest otter there and I instantly fell in love!  I wanted to get my picture taken with the otters but they were moving way to fast! Sad face.  But I did get to pan for gold.  I had to send the picture to Willie because I knew he would laugh at me panning for gold.  I love Gold Rush! 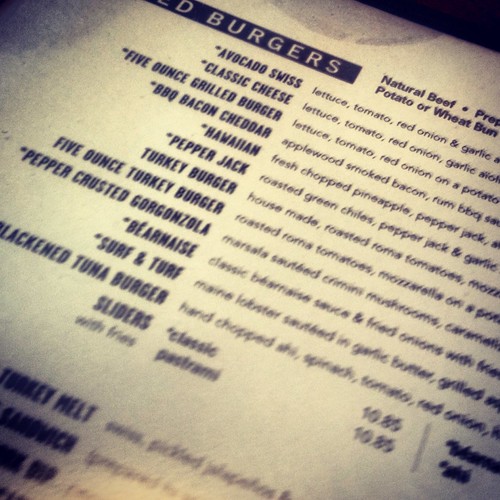 Denver is obsessed with burgers. Everywhere we went huge list of burgers and small list of everything else, besides beer! I don’t drink and I quickly learned my food options were limited due to the area we were in.  I was trying not to go to Denver and eat Subway or something like that.  I wanted to try new places but the options were limited.   I didn’t have much of a food plan like I normally do because it was a short trip and I knew I was going to be busy.  BUT I really should have checked out the area before going.  In Philly, I was on point…here I was in the blind so it was hard to find things I was comfortable with eating.  Breakfast is always easy because give me some oatmeal and fruit and I can make it work.  Other meals aren’t quite that easy. 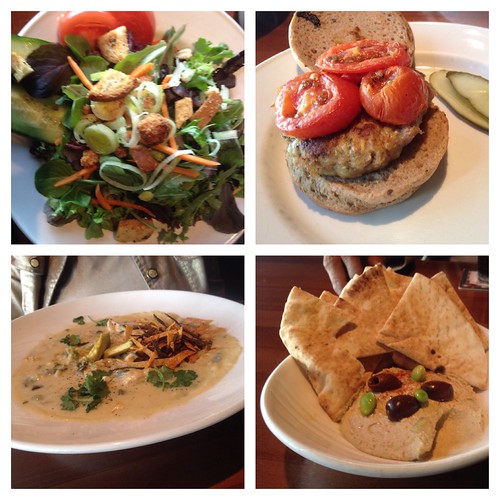 On Saturday this is what I ate for lunch and dinner. It was just easier that way. A turkey burger (didn’t eat the bun), hummus and baked pita (probably ate too much pita bread but I needed to carb load a little, right?) and a side salad (no croutons or cheese). It was good, but it wasn’t what I usually eat before a race; I typically don’t eat meat before I do long runs. But the burger was GREAT! I just went with what works. The Yard House was in our hotel and Mandie wanted to eat there too so we went for dinner. She had to take care of her son during lunch so my mom and I went on our own. The night before we tried to get in but it was packed! But it was cool because my buddy Jesus aka Junior met us there for dinner too! 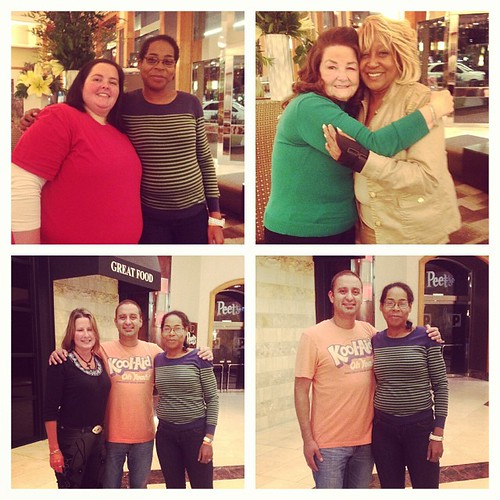 He’s on Got Chocolate Milk Team Refuel too! I met him before I got on the team at RnR Dallas and he quickly became one of my favorite people in the world! I get to see him at the races and we always have a good time together. It was glad that he took the time to come hang out with me!

And that was all the fun time to be had in Denver, besides the race. I didn’t want to leave anything out so the race recap will be coming a bit later.