My week wasn’t filled with just bread but the bread was so good.  I spent half of Sunday evening staring at the oven while the bread Willie made me baked. 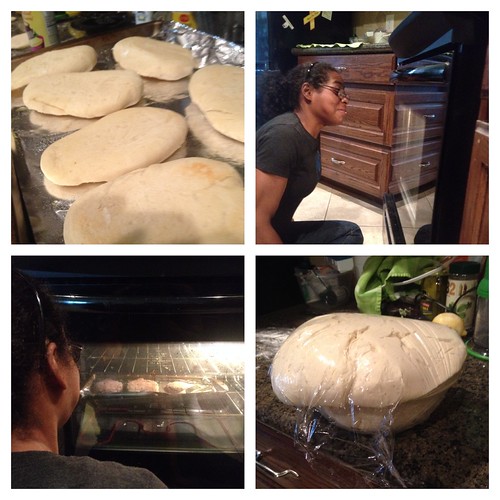 The bread was so delicious and I must admit, last night I sat on the floor at 9:30 pm watching the oven AGAIN as Willie perfected his bread recipe. I wish I could have just eaten bread all week, but I couldn’t. I did enjoy it. It’s fun being a runner in training because I don’t feel bad about eating the bread. I need the carbs, right? I don’t know why I’m currently craving bread, but I bet it has a lot to do with how much time I spend running in those streets!  I’ve spent so much time talking about this bread so you might want to make some yourself.  Willie used this recipe from The Kitchn! 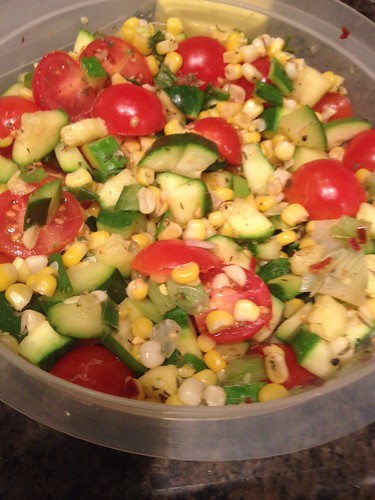 Remember that time we were on The Rachael Ray Show and she made that chicken with zucchini salsa? Well I decided to give it a try. We didn’t actually get to see the show because we were escorted whisked away into the back for our makeovers. So when I was watching the episode I was very interested in this chicken. So I decided to make it. I’m not a HUGE meat eater so I could take it or leave it, but the warm corn salsa was DELICIOUS! The whole meal was great but I was in LOVE with this zucchini corn thing going on! 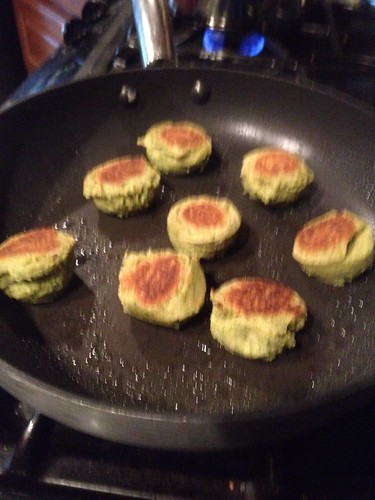 I made the week’s worth of meals on Sunday so there was lots of food making going on. Now back to the bread! The bread was a much needed addition to my baked falafels. I don’t know if you people like falafels but I love them, but they are most of the time DEEP fried but so good. People think they are excellent for you because it’s just ground up chickpeas or fava beans, but it’s still friend. It’s a secret indulgence! I can’t have them too often though. Usually after a LONG run I’m ok with eating these suckers. I desperately needed to find a way to have them without having bad about eating them. So I created my own baked falafel. I seared them off in the pan and baked them in the oven. I’m still working on a recipe so I can’t share it with you YET! I want to make them more crunchy so I still need to experiment. But I wanted you to know that I’m working on it! 🙂

Now it’s time to talk about the weekend!  This weekend I will be running my 8th half marathon of 2013!  I’m working my way to the marathon and I’m wicked excited.  I’ve had several questions about my running so I’m thinking of making a question and answer video again so stay tuned for that.

What is your favorite thing to eat (healthy or not)? And what unhealthy thing would you like to make healthy?  AND I want to know what you’re doing this weekend!

Productive day in the life // working out, preparing for life changes, and buying a new computer
Running vlog // MyRunTag + Running in the heat advisory (summer running)
Birthday vlog // It's my birthday so I gave you a wholesome vlog