This past Saturday I ran an 10K!  I really wanted to go on a hike but since I was doing this trip by myself I didn’t want to be roaming the Rocky Mountains by myself and risk something happening to me.  I’m not an experienced hiker either so I decided that a trail run would be in order. My training plan called for an easy 3 miler and I cut my mid week run a little shorter to not overload my mileage. 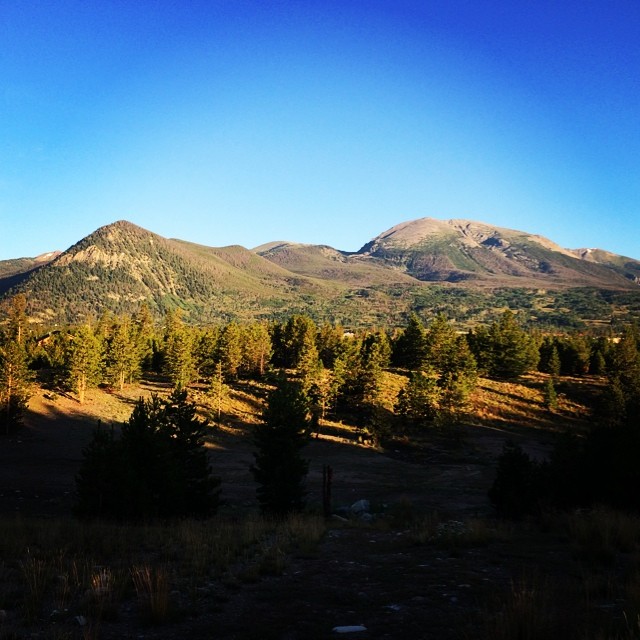 I took a gnarly 90 minute ride outside of Denver to Frisco, CO for this race. This was my first mountain driving experience.  I drove my little Kia compact rental car into the Rocky Mountains.  The one thing I did learn from working at summer camp is that you shouldn’t ride your brakes on the descents so I did keep that in mind.  It was just really pretty.  I really enjoyed getting out of the city and seeing all this nature.  I can’t believe people get to see stuff like that on the daily.

When I left the hotel, the temp was around 68 degrees but as I drove on, the temp kept dropping.  I really should have known better about this but I was surprised to have reached my destination and it was COLD.  Like 42 degrees cold, so I had to stop at Wal-Mart to get a long sleeve running shirt. 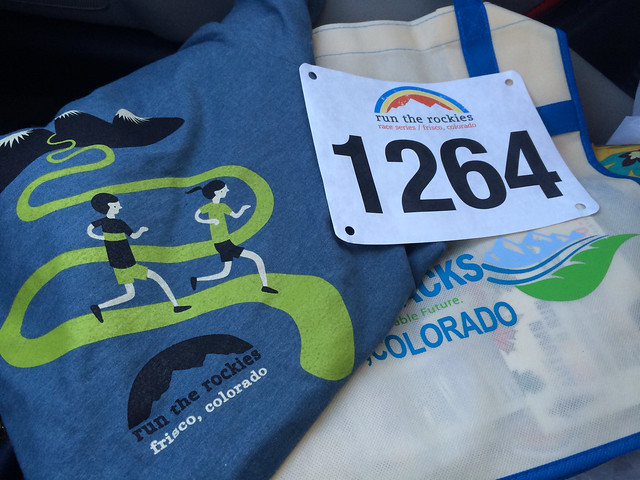 The views were amazing so that’s all that mattered to me. I was happy. I registered and picked up my swag. It was pretty cool. It was a cup-less event so we got one of those reusable cups in the pack. This stuff you got for this race was amazing for the price. I got a shirt, medal, cool bag and a cup for $40. Plus there were fully stocked aid stations and a great party at the end. This race was in a series of races. It just happened to be during the time I was there for Revel Rockies so I really had to jump on the chance. 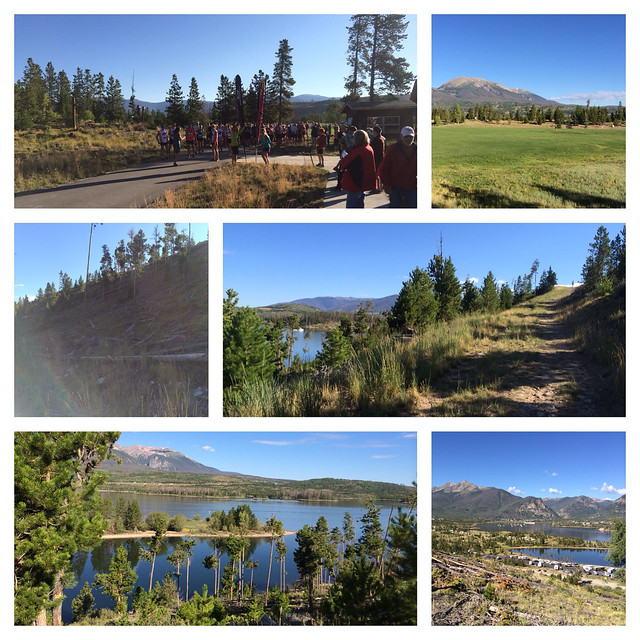 It was supposed to be easy and fun so I really wasn’t sweating it. I lined up to be the last person in the pack because I didn’t want to slow anyone down. It was supposed to be a single track trail in some parts. I was literally out there for the view. Good thing, because it felt like my heart was being ripped out of my chest. It’s been said that training in the humidity is like training for elevations. That’s a lie. It’s not the truth. Don’t buy into it. I train in humidity and I felt like I was going to die. I was having really bad headaches too from the elevation. 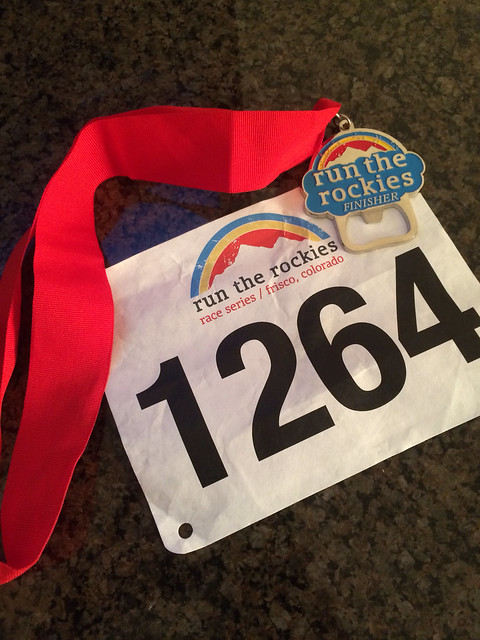 In the end, it took me 1:26:13 to finish the race. That was with me stopping a lot to take pictures and I also moved out of the way for the people doing the half marathon! It was really nice to be out there to enjoy the view. The trail wasn’t the most complicated trail I’ve run, but it was nice and open. I’m use to running the trails through the woods but this one was nice and open. There weren’t many tree roots to look out for but there were plenty of lose rocks and some big uphills. 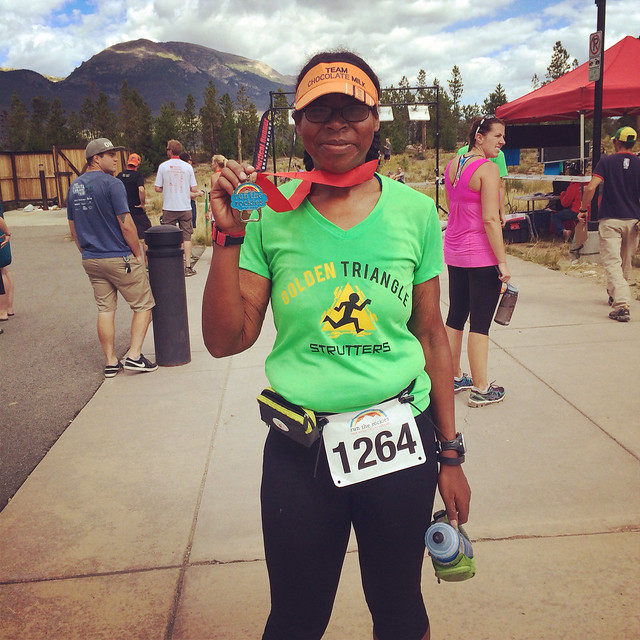 I really enjoyed the race and the people were so nice. Everyone was super friendly and I just really had a great time. Good people, great view and a good run. I’m still working on being a trail runner and I know there aren’t many more greater places to get out and run the trails like Colorado! It was also important for me to go to push myself out of comfort zone. I had gone on this trip by myself and I could have spent all the time alone, but I wanted to be with some people. I wanted to interact with other runners. It was just something I needed to do.

Have you done a trail run? Do you like it better than road running?

Hello from Fitbloggin in Savannah. It was really rough getting here but I know that it was totally worth all the trouble. My flight was delayed last night so I arrived in Atlanta at 2:10 am and I was tired.  Everyone was sleeping in the airport. I couldn’t find a spot but luckily there was a spot left for me.  Not that I got much sleep because it’s kind of hard to sleep in the airport.  People constantly walking around, clean crews, construction…all that doesn’t make much time for sleep.  I did the best I could. Around 5:15am things started…