There are a couple of a races I do every year and this is one of them. I had big expectations for this race because it’s always the race I PR. That didn’t happen this year, but at least I had a great time. 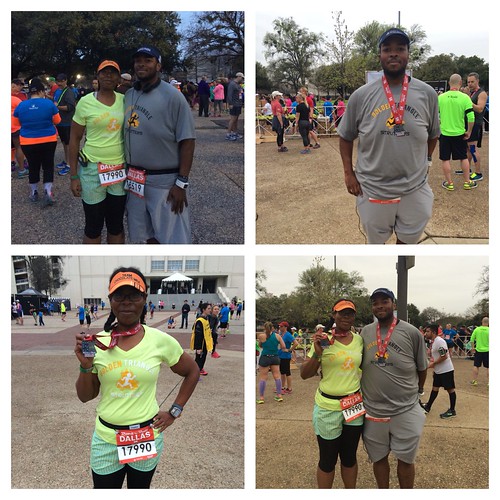 Willie and I ran the 5K on Saturday morning which was part of the Rock n Roll Series Remix challenge. Run a race each day and earn the extra bling. This was the first year for the remix challenge in Dallas. It wasn’t the prettiest 5K because we ran through a parking lot and around the fair grounds, but I had a great time. I finished in 30:59! I started off running with Willie but he was going to take some walk breaks so I decided to run on. 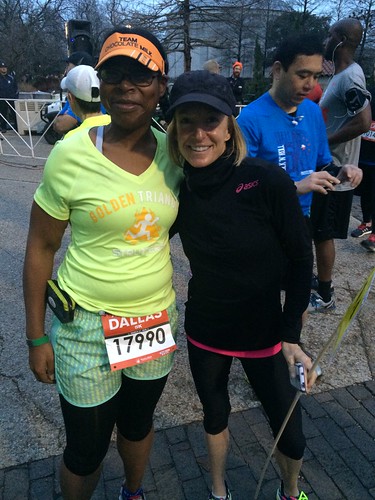 I got to meet Deena Kaster. How freaking cool is that? 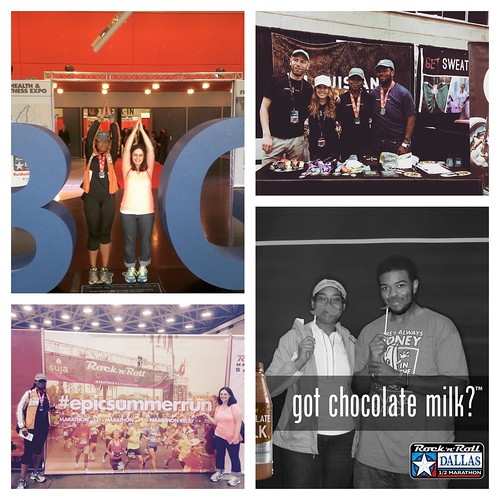 After that we headed to the expo to work the Louisiana Marathon booth! You all know that we love this race and 2016 is the 5th year for the race. I encourage everyone to come run this epic race and have a great time. Sign up and use the code IKNOWGILLIS to get 10% off your registration.
Missy and Tyson were there to run the relay together so it was a bestie party up in Dallas last weekend. 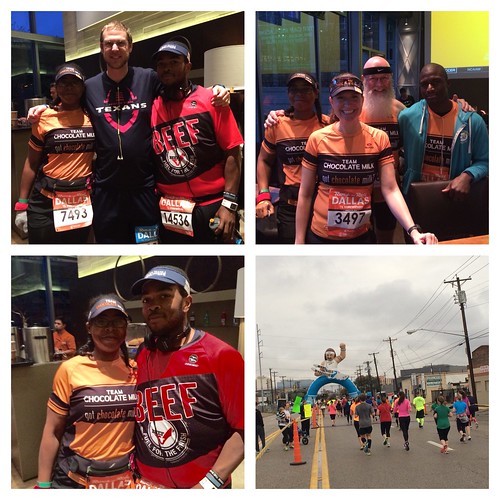 Sunday morning I got to meet some Team Chocolate Milk mates in the VIP section which was very swanky! It was the nicest VIP I’d ever been to. Tons of pre-race food…and post-race stuff. I wasn’t feeling all jazzed about the run like I normally am.  I was definitely looking forward to the chocolate milk at the end of the race.  In the back of my head I kind of knew this was going to be a rough one for me.  My foot was still bothering a little bit and I wasn’t 100%.  The most important thing was recovery for me.  I already had my plan mapped out to get me rolling on to the next race and definitely included chocolate milk.

I started off the race cautiously but then I realized I was going too fast. I really hadn’t ran in a week and some change so I needed to take it easy. Running 8:45 – 9:00 min miles isn’t taking it easy for me. I slowed down and I took walk breaks just to keep it conservative. I was having a hard time catching my breathe later on in the race. Every time I started running something would pull me back. I just did what I could. It was frustrated because this is MY RACE every year. Except there was a course change and it was significantly warmer this year. 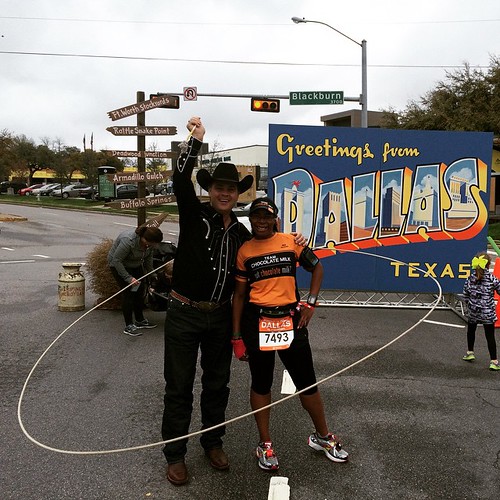 I wasn’t a fan of the course change. I thought the hills were steeper which isn’t really a big deal to me because I’m use to it now. I didn’t like how the route wasn’t as scenic as years past. I know they wanted to cut back on the need to move people from Fair Park to the start line since it was a point to point course in the past but not this year. I did like that part. Don’t get me wrong, the course had some very good moments and it was probably better than what I think now but I just wasn’t in the right mindset. There was something wrong with me that I just couldn’t pin point. But I did get the best race picture ever. 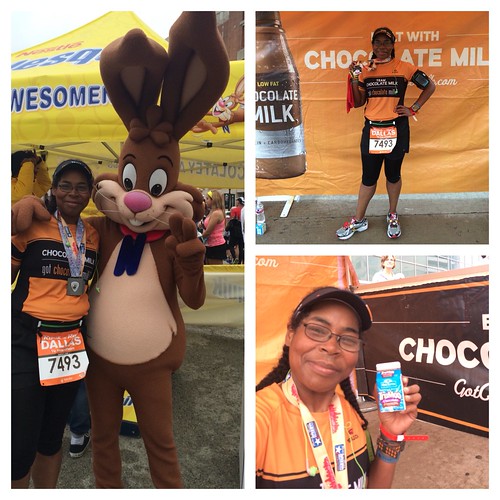 In the end, I finished the half marathon in 2:19:51. Not so bad just not what I wanted. I won’t complain because two weeks ago I didn’t think I was going to be able to make this run. Willie ended up finishing 11 minutes FASTER than what he hoped which was great. Missy and Tyson ran the relay which was really cool. Missy is training for RnR San Diego and this is her first step on her journey! She did great! 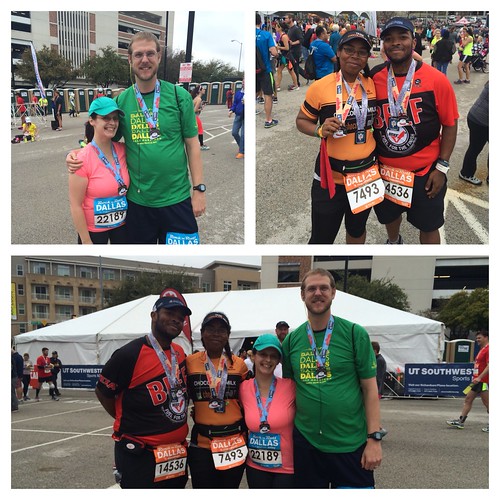 Pros:
VIP (restrooms, food and private gear check)
RnR race atmosphere is pretty awesome.
Selfie spots along the course.
Cute finishers medal and great t-shirts this year.
Chocolate milk at the end. I never know how much I miss this until it’s not there at the end of the race and that’s happened a lot lately.

Cons:
The race took us through a lot of construction zones and the roads were pretty bad at points.
The expo wasn’t as big or nice as years past.
Lack of port-o-lets at the start.

Final verdict: I’ll do it again because I always do.