Been wondering where I’ve been? Things have been really busy. I’ve been traveling too much and trying to cram too much into too little time. My blogging has suffered a TINY bit! I was in Alabama and then had to come home to work…and then host some holiday festivities. I thought I was going to have Wednesday off but it didn’t happen that way. I went to the gym and ended up teaching a spin class to help someone out.

On Wednesday, we through a “pie party” for Jeremy’s birthday. We wanted to do something nice for him and Willie really wanted to make pie. I thought since all these people were coming over I was going to be able to cook a big meal, but time really got away from me. I had to settle on ordering pizza instead. Willie and I ate salads while everyone else ate pizza and pie! Willie made crack pie, peanut butter chocolate pie and strawberry pie. I made a pecan pie and someone else made pumpkin, blueberry and cherry pie for the event. Everyone seemed to have a really great time and it was so great to have all of our friends together just enjoying each other. 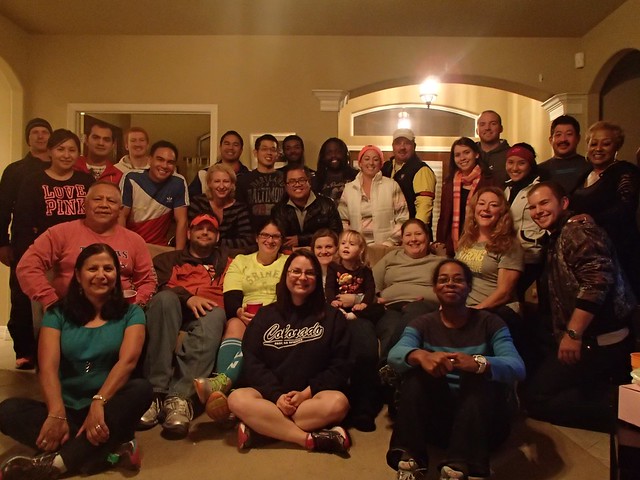 After everyone cleared out it was time to start on Thanksgiving preperations which meant cleaning up the kitchen and trying to get some shut eye because the Turkey Trot was in the morning. Willie and I both ran the 10K, along with Tyson and Emmy (our god daughter) ran the kids K! It was really cold when in the morning, but we were all ready to run with very low expectations. 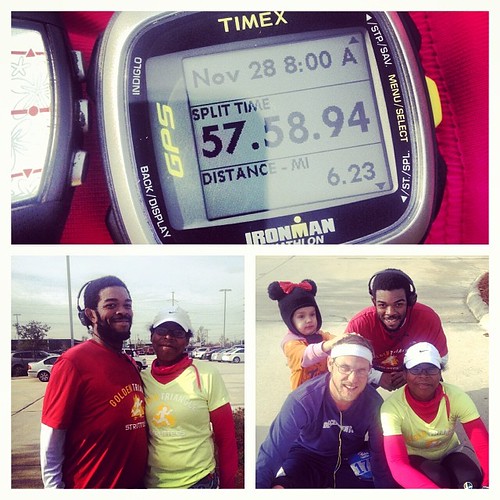 I PRed by 3 minutes. It was amazing because I was running some pretty consistent 9:xx miles and my mile 3 was less than 9 minutes. My watch was beeping at me the whole time to slow down because you know I’m supposed to be in taper. (The marathon is 7 days away!) I felt good and I really just wanted to finish. I had no idea I was going to be running that good. And Emmy looked so cute and happy running her race. It was a good time. Willie also PRed and Tyson’s never run a 10K so he set his person best.

Whoops, we didn’t take any pictures at Thanksgiving which is pretty horrible. Everyone is interested in what we had for the special holiday. I’ll tell you what was on the table first: turkey, ham, broccoli rice casserole, green bean casserole, mashed potatoes, sweet potatoes, potato salad, green beans, cornbread dressing, cranberry sauce and macaroni and cheese. I had turkey, ham, dressing, a load of green beans and sweet potatoes (cause I made them my way). I sampled the potato salad, casserole and mac and cheese, but not too much. While everyone else was chowing down on the left over pies and the sweet potato pies my brother made, I ate a mixed berry crisp I had after I finished all the food. 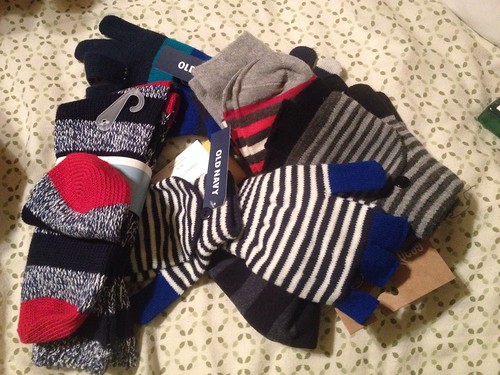 Thanksgiving was pretty uneventful but we were trying to find out where we would do some Black Friday shopping. Last year it went seamlessly for us so we thought it would be the same again. We started off at Kohl’s but it was too crazy so we headed to a more calm venue: Target. We left the house at 7:30 and we were back by 9:15 pm with everything we wanted. We got up again this morning to continue the shopping. I purchased a lot of gloves and socks. 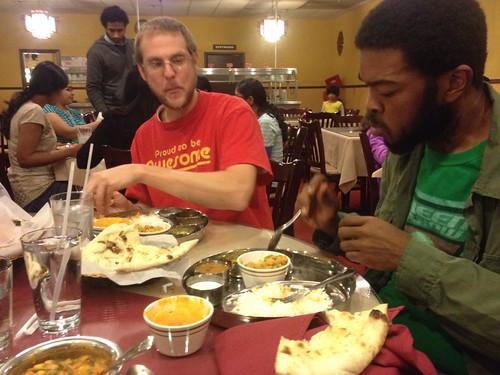 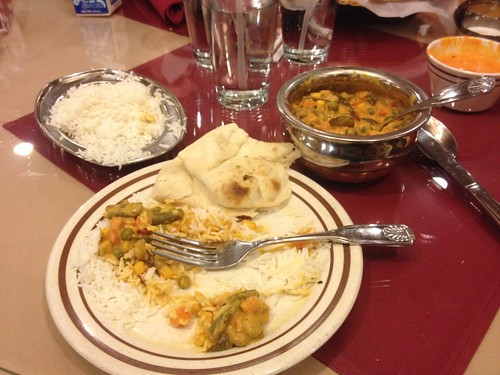 I went for a run today for some nice easy slow miles and then we ate Indian food. It was Tyson and Willie’s first time eating it but they really enjoyed it!

Now I’m gearing up for my first marathon!  I’m excited and nervous at the same time.  I’m ready to become a marathoner!  I never would have thought I would want to run a marathon much less do one.  This week will be all about prepping for the marathon and just living the moments!

How was your Thanksgiving? Did you go Black Friday shopping?