This past weekend, I ran the Mississippi Blues Marathon in Jackson, MS.  This race made Runner’s World Best Marathons to run this year.  I was highly intrigued about this race making the list.  Jackson isn’t exactly the travel hot spot so I really wondered what the fuss was about.  I quickly learned but I’ll get to that later.

This race was also the marathon maniac reunion race of 2015!  Last year the reunion race was The Louisiana Marathon, but I was just running my first marathon at that race.  It was exciting to be a Marathon Maniac this year and to see how far that I’ve come.  There was a pasta party the night before and it was great for me to see people I had seen throughout the year.  This was a special moment and I got to share it with Jes too.  Besties that run together, stay crazy together!  At least that’s what I think!

I tried my best to video the entire weekend but it wasn’t the best job.  I wasn’t comfortable carrying around the camera and filming everything that I should have filmed.  When I returned home, I was a little disappointed in myself for not taking advantage of the situation.  But I did video and Willie edited it.

This was the hardest marathon course I’ve ever run.  It was super hilly.  Did you see everyone walking behind me when I was filming on that big hill?  It was a little rough.  I had high expectations for the race because the weather was a little cooler than normal.  It was supposed to be 25 degrees but it was 30 degrees.  I didn’t take into account that the hills would be murder on my quads and hamstrings.  Oh, and the roads weren’t in the best condition in a lot of spots.  There was a constant need to dodge some serious pot holes. 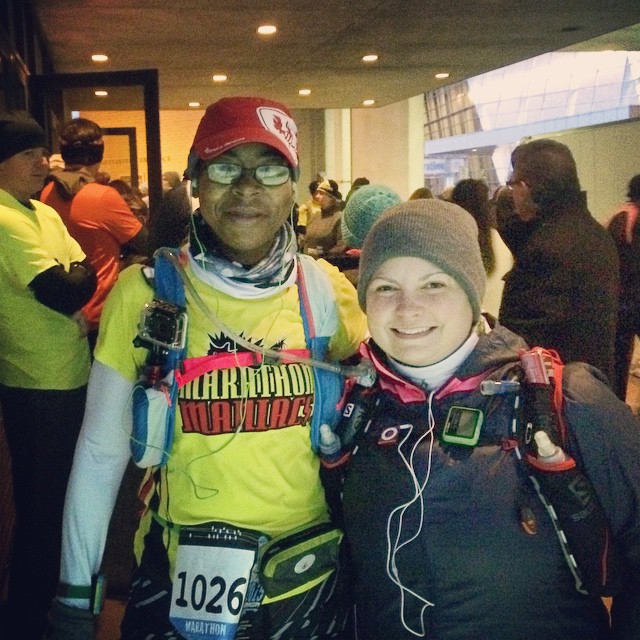 The race started at 7am so it was pretty frigid out there. My favorite part of the race was running through Jackson State University.  They have done amazing things with that campus and it was so great to see it.  The hills just kept coming and coming, I wondered when it was going to end. The race had a seven hour time limit and I see why.

Highlights of the race:

Cons of the race: 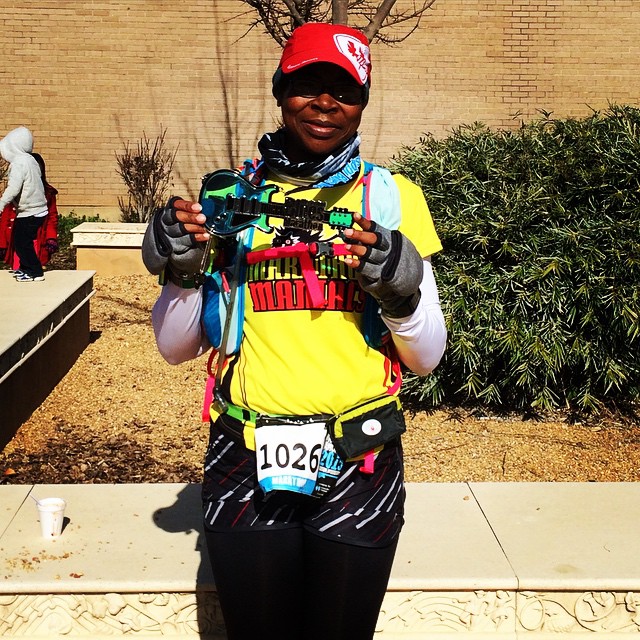 But I got this cool medal. 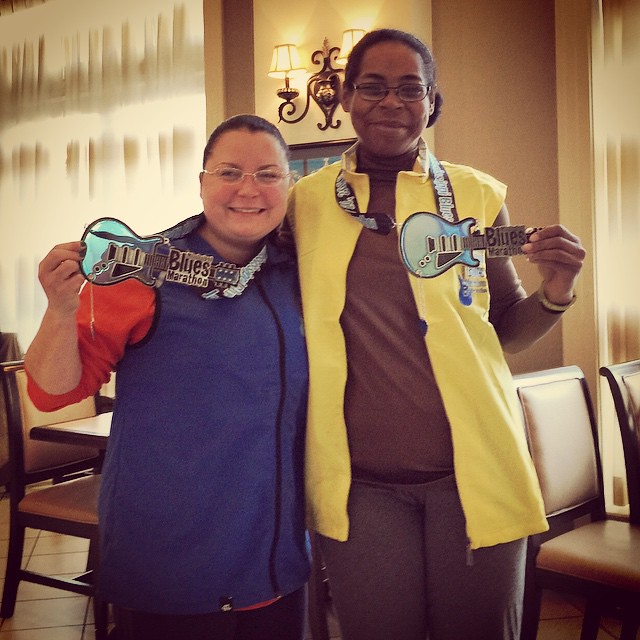 Would I run this race again? Yes, but I don’t see myself running it again next year.  I need a break from the torment of the hills.  I would definitely do this race for fun and not for time.  It was a great race with great people.

This race was all about being a Marathon Maniac but that doesn’t mean we weren’t searching for lowfat chocolate milk when it was done.  I didn’t see any at the finish line, but I saw people with it.  On the way home, we stopped to pick some up. Recovery is key because there’s another marathon on the horizon.