Happy Marathon Monday!  Today is the Boston Marathon and every runner is glued to the television. 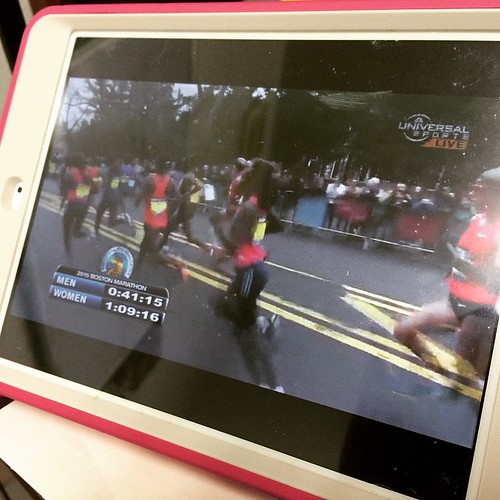 I had to watch it on my iPad at work. One day I hope to run Boston but qualifying is not in my sights or anywhere attainable right now.  I’ll get there one day though.  Since it’s Marathon Monday, I thought it was only fitting that I share my race recap of the Garmin in The Land of Oz recap with you today!

I traveled to Olathe, KS to run this marathon. The weather wasn’t forecasted to be the best and I was a little concerned the race would be canceled. There was a 90% chance of thunderstorms forecasted and anywhere else, this race would have been killed. In Kansas, it’s a daily occurrence this time of year.

I stepped off the plane to sunny and warm weather. It was supposed to be raining. My rental car was upgraded. Looks like everything was going my way. I wanted to go out and explore but I was tired. I didn’t get much sleep the night before and I had to wake up early to catch my flight. I decided it would be best to pick up my race packet and hopefully check-in to my hotel mega early. 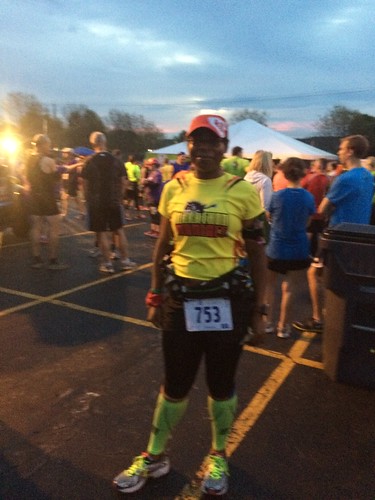 I arrived to pick up my packet at start time so there were a lot of people BUT I didn’t mind. I enjoyed all the Wizard of Oz things. I’m completely obsessed with the Wizard of Oz, if you didn’t know. This was the race for me. 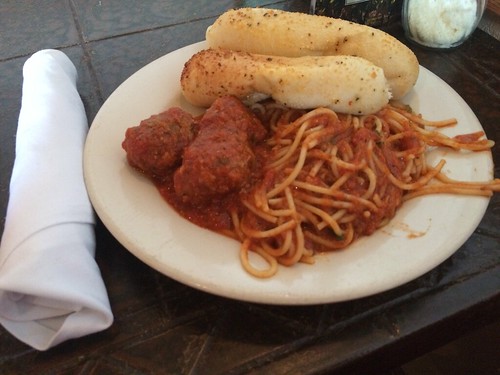 I carbloaded at this all-you-can eat Italian buffet which was really good.

The race started at 6:45am so I called it an early night. The next morning, it wasn’t raining like it should have been, but it was coming. I took advantage of the rain free weather. The race started and ended at Garmin International. Yep, that’s the place responsible for the running watches and so much more.

I lined up with the 5 hour pacer knowing I wasn’t going to keep up. The goal was to beat the 5:30 pacer. I knew the weather was going to kick in and me being the clumsy person I am, I knew I was going to have to slow down, eventually. I was armed with a pancho for this race. I wish I would have used my rain jacket.

The sky opened up around mile 8 and it was a light show in the sky. That made me nervous because I didn’t want to get pulled from course or delayed. Nothing like that ever happened. We just kept running. The course went through a suburban park trail but with the rain large puddles were forming which meant wet feet. And then the dirt from the trail sides turned to mud and caked the trail. I started sliding and almost fell at some points. I decided it was best to be safe and not push the time.

There is nothing flat about this course. It’s advertised as flat but it was rolling hills for 85% of the race. It was nice though. I was running the hills. My pacing was great and I felt strong until it wasn’t. 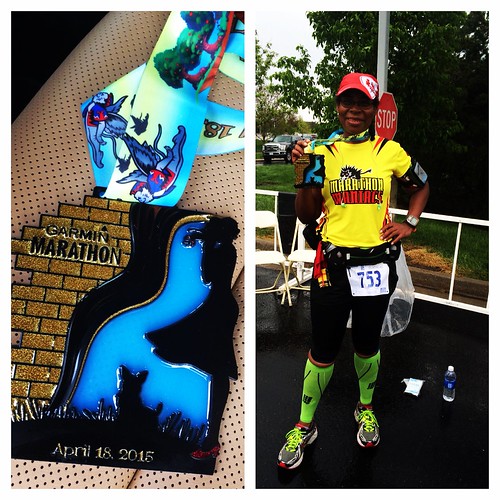 My stomach starting hurting again in this race, really bad. That slowed me down for about a mile at 19. I had to make a stop at mile 21, but after that I was fine. I reached the Emerald City in 5:28:22. I finished the race really strong and would have pulled closer to a 5:15 if things would have worked in my favor. 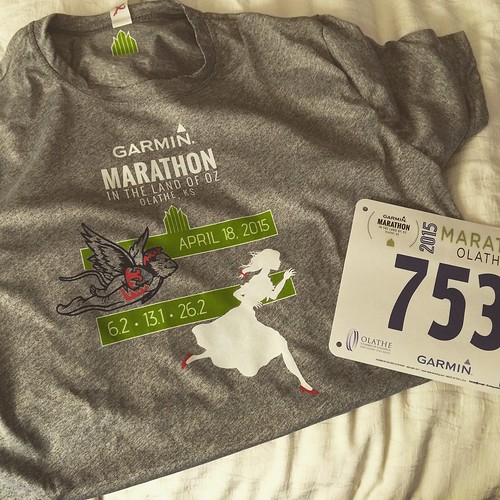 I really enjoyed the race though. Plus, it’s my favorite race shirt and definitely good bling too. This medal will go down as one of my favorites. 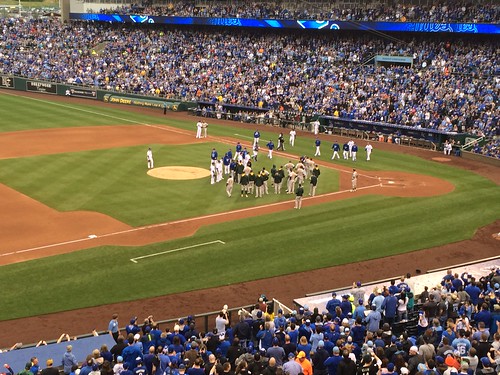 After the race, I rested and then I enjoyed a baseball game.  There was going to be a major fight on the field.  It was exciting. Unfortunately, the Royals didn’t win that night but the atmosphere was great! 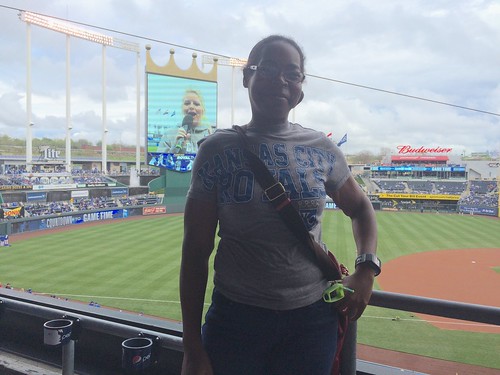 I’m so glad I went to the game because it really made the trip for me.  The quest is all about seeing new places and experiencing new things.  It’s mostly about pushing myself out of my comfort zone and doing a lot of these things by myself is a big part of that.  It’s more than running.  It’s a true growing experience for me.

It was a great weekend. I checked another state off my list, met some new people, had some great food and had some fun. There’s nothing better than that.