I registered for the race early on when it was only $45, and I decided to have my packet mailed because the hassle of going downtown twice wasn’t feasible for my family. I didn’t receive my packet until the day before we left for our trip, so I almost didn’t get it. 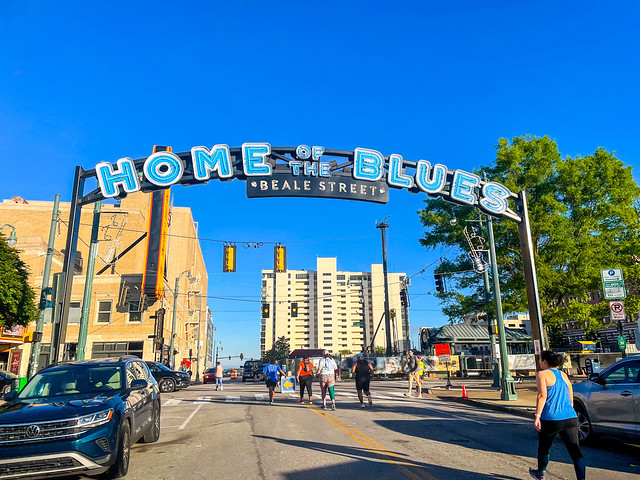 On race day, The weather turned out to be better than expected. During this week, a “cold” front moved through. The race started at 7 am, and it was a bit chaotic. Unless you were standing at the front, you couldn’t hear the national anthem or the start of the race. At least they had fireworks to signal when the race started.

The Great American River Run started and ended on Beale Street, which is always lovely. I love running through cities, especially downtown areas, because those are parts I don’t frequent. The route was hilly. As expected, I struggled because I live at sea level. I know how to race my hilly races; I’ve become a strong power walker of the hills. I’m one step closer to being able to run those hills.

The riverfront is under major construction, which was a shame because it’s such a beautiful part of the route. We spent a lot of time running down a construction zone. Construction projects are out of their control. You can’t stop the city’s beautification, and I don’t mind. 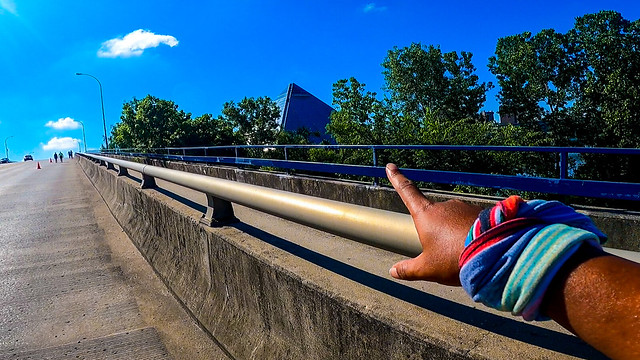 My favorite part of the race was being able to run on Mud Island. I have no idea how we got there, but that was my first time being over there. The area was so cute and pretty. And it made me think we were living the wrong life because the houses were terrific on the riverfront. I may have been a bit obsessed with The Pyramid during the race.

But this is also where things got a bit dicey for me, and I got tapped by a car riding in the running lane. I blew it off to someone’s anger about the blocked roads in their neighborhood on a Saturday morning. But this was a reoccurring theme of this race toward the end.

The time limit for the half marathon was 4 hours. I spent the majority of the race running by myself. The closest people ahead of me were at least half a mile ahead, and I couldn’t see anyone behind me. I passed many people and found myself in this place for the last 3.5 miles of the race. That was disheartening, but the water stations were still operational and filled with smiling faces.

This race didn’t skimp on the aid stations. The people were lovely, and there were cold towels at every stop. It started to warm up toward the end, so this was a nice touch for the runners.

My hip started to hurt around mile 10, so I decided it would be best to be conservative instead of trying to push it and injure myself. The hills might have been a bit too much for me. And of course, like in ANY city, the streets aren’t in the best condition, and I drag my feet, especially when tired. I took a more measured approach to finish the race. 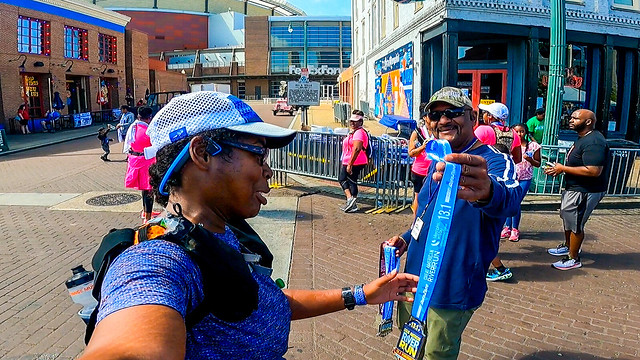 I finished the Great American River Run half marathon in 3:15 minutes. There was a point where I didn’t think I would finish the race, but I pulled through. Remember, it’s always important to listen to your body and give it what it needs. I could have finished faster, and I was on track for a faster finish until this happened. But was it worth it for what? 5 minutes? Nope. It’s not like I was winning the race.

I do have a minor complaint about the finish line. When I was running to the finish, I had to dodge people walking in the street, and some people were taking pictures in the middle of the road. There was a total lack of control at the finish line. By the time I rolled in, 45 minutes before the course cut off, there was no one there to announce my name, people were standing in the street, and it was like I had just finished a training run. It was an odd feeling. What about the 60 other people behind me who had yet to finish? Maybe it’s just me but crossing the finish line should be an exciting experience in a race, and this finish line was non-existent. It made me sad, so I had to take a minute to consider my accomplishment and celebrate it myself.

There was no food left at the finish line. The volunteers handed me a cupcake and a “veggie” burger, a piece of zucchini squash, red bell pepper, and zucchini on bread. There was no water, but there was plenty of beer. I did get a banana, orange, and chips at the end, which I am grateful to have received. There should have been better food management for everyone to have their pick at the end. 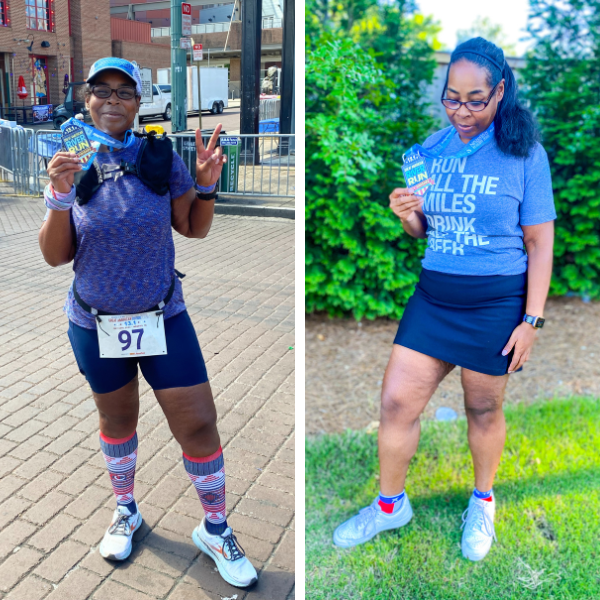 I do realize this review sounds a bit salty. For the most part, I enjoyed the race, and these little things stuck with me. Most importantly, I’m grateful I can move my body to finish a half marathon.

Course: 3.7 stars (when the construction ends, it’s going to go way up)

Difficulty: 3.8 (a hotter day, this will be brutal)

Things to know about The Great American River Run: