This past weekend was a busy one.  My littlest brother graduated from high school. 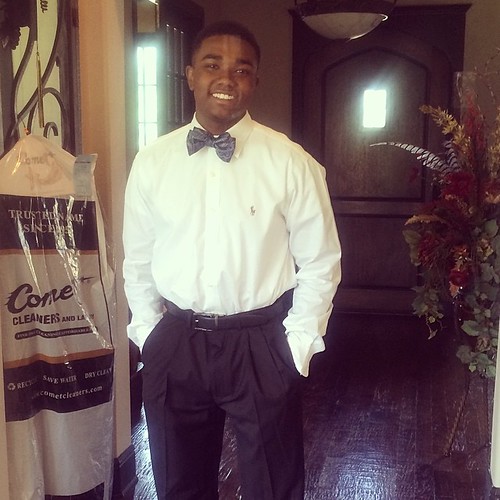 I’m very proud of him. I know he will do great things with his life and will see amazing things. Graduating high school is such an important step in life and I know he will make the decisions that are right for him. I can’t wait to see what he’s going to accomplish in life! 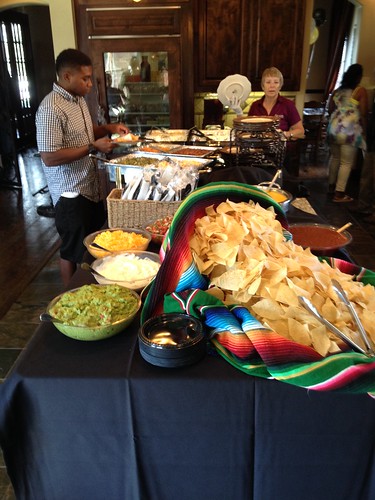 The weekend was filled with fun times which unfortunately means food. There’s a Mexican fiesta happening for a party but we only had a few rice and beans and decided to eat something else later. Earlier in the day, Willie and I went to the movies to see Chef! This is the ONLY movie Willie was die hard about seeing this year and it only plays in select theaters. I am glad that we got a chance to go. I like seeing him SMILE! 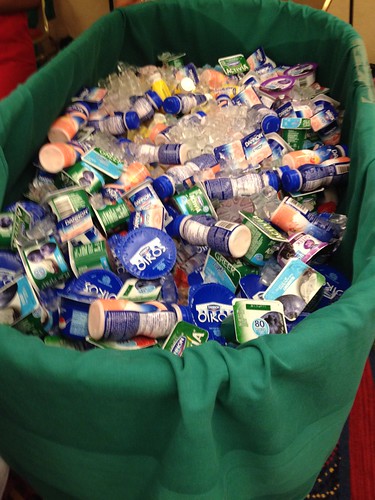 Yesterday was the race. 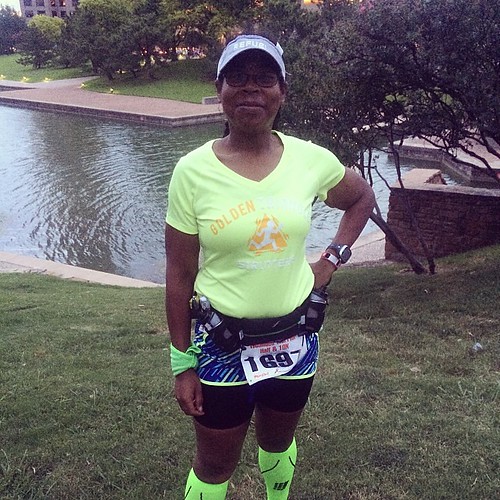 It was supposed to start at 6:45 am but was delayed twice due to weather. The race finally took off at 7:15am and it was just a “TINY” bit humid. There was a serious threat of rain but it was just sprinkling in the beginning of the race. Nothing serious.

This race took the same path as the first half of the Irving Marathon I did in April. This course kind of kicked my butt because the Las Colinas Blvd part of the race basically the first and last 3.5 miles of the race are on a long strip of road. It got me in the marathon, but I wouldn’t let me get defeated this time around.

Hitting the trail is always my favorite part of this course because there are trees and nature things to look at. There were quite a bit of bit of people doing this race so the path was pretty packed with people. That was the only downside because it was an out and back on this course and the path wasn’t very wide. The miles kept on rolling and I wasn’t having any problems.

I wasn’t really pushing my pace because 1. I was just enjoying being out in a race situation, 2. it was a little slick and 3. I’m working on maintaining a steady pace. I’m learning not to go out too fast so I’m not dying in the end. I’m doing that more for the marathon and not the half but these are my opportunities to train for that situation.

It started raining when I hit the street again but it was welcomed. Cooled things off a bit and put the humidity at bay for the last couple of miles. Something went wrong with my ipod and I wasted a lot of time fiddling around with that so I lost some time there, but I finished strong! 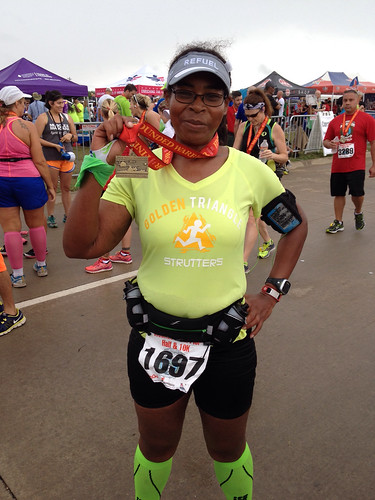 Official time was 2:25:14 which is no where close to my PR. BUT this was the best run I’ve had in a long time. This was a great experience for me. Five minutes after crossing the finish line, the bottom dropped out and the rain was pouring so there aren’t many pictures of the finish. We were booking it to the car! 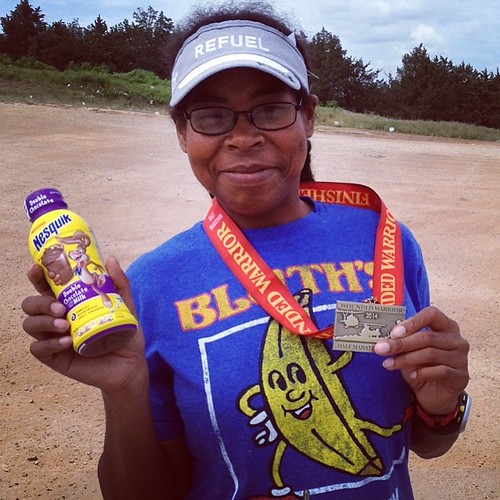 And of course, I had to stop for some low fat chocolate milk!

The race was well organized and had great sponsors. We received a tech tee and socks with our registration. More races should give out socks because we all need them, right? I missed out on this race last year and I was bummed about it so I’m glad I was able to do it this year. I’m really glad this race supported troops and Fisher House! Running for a great cause always makes things better.