Most people won’t eat a meal without an animal based protein, I am not one of those people. I will admit I tried the vegetarian thing and it worked out really great but I was a little low energy. When people asked me why I chose to go vegetarian they didn’t seem to like my answer. I just don’t eat a lot of meat. 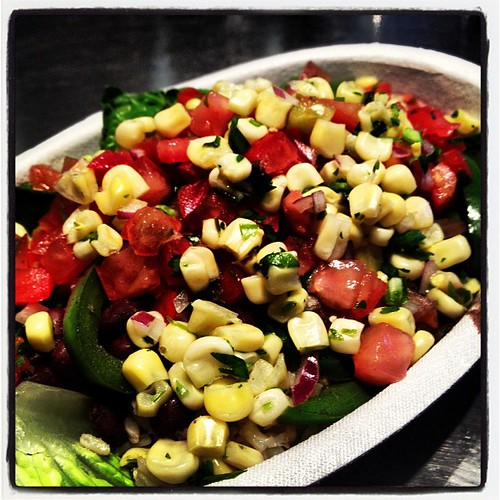 Vegetarianism is something I see is popular among the people who are on a weight loss journey. I think people associate meat with being overweight. It’s something stuck in people’s head. I chose to go vegetarian because I just didn’t feel the need for meat anymore, but the past couple of weeks I’ve changed my mind. Most people go vegetarian because of an animal issue and people couldn’t accept the fact that was not my issue. I just wanted to eliminate meat from my diet because I felt better without it.  I guess some people just think it’s healthier to just not eat meat.  Meat isn’t bad for you, but eating an excess of meat (or anything) is never good.

If you are going to go veggie human, there is A LOT of research that needs to be done to make sure you are eating a healthy balanced diet. I spent some much time reading about this stuff I was exhausted. The good thing about all that research led me to a lot of different foods I would never have thought about eating and introduced my palate to new flavor combinations. I have a new love for beans (chickpeas/garbanzo beans, kidney beans, black eyed peas, black beans, lentils), quinoa, bugler, barley and so much more. But sometimes I just wanted some chicken! And I learned a buttload about vitamin supplements which I still have to take to make up for certain things in my diet.

Last week I decided to start calling myself a semi-vegetarian aka flexitarian. But I would even push it and call myself a pollo-pescetarians because I really only eat poultry and fish, but I won’t be pretentious! 🙂 I don’t eat red meat because it really doesn’t make me feel that great. I look at it this way, I ate more than enough red meat for 30 years of my life. I think I got my fill of the stuff.

I am huge believer that meat doesn’t have to main event on your plate. Why can’t meat be the side dish to your meal? It’s all a mind thing and we as Americans are programmed to always have meat on our plates. Where did this come from?

The vegetarian thing is limiting sometimes as far as eating out. A person can only have so many salads and still be full. It always left me feeling a bit low energy. There are A LOT of people out there who are serious athletes who are vegetarians but I just couldn’t do it. Some days I would be excellent other days I would be so zapped of energy I couldn’t stand it! Plus there was just some days I wanted to eat a piece of chicken.

Vegetarianism is very expensive because you end up having to buy special things like tempeh, tofu and things like that. This is another reason I had to make the switch: tofu does not work with my body. I love how it takes over the flavors of what it’s cooked with so it can transform into anything. But my body just didn’t like it!

I don’t know why I needed to find the word to describe me. Maybe it was so others could understand or maybe I just wanted to put a label on myself. Maybe I just wanted to have something to say to someone when they did see me eating chicken and they would want an explanation. In any sense, I am a flexitarian. I prefer my meat as a side!